MY WORST FEARS DROVE ME TO REACH MY GOALS

Fear of failure can be a powerful motivator. It was for me. Failure had a face that I could see, touch, and feel. It was real, and it made a real difference in what I was willing to do to succeed.

I grew up in a paper mill town, on a red dirt road that became a metaphor for failure. From as far back as I can remember, I lived with one goal, set by my parents – to get far away from that road and be a success. It was their chant and their sermon. “You’re gonna get off Petain Street, get an education, and amount to something. You’re going to be somebody!”

There was failure and there was success – no gray areas, and failure was not acceptable for me. “Other children have excuses. You don’t have excuses.”

It was clear. Failure meant Petain Street, with its shot-gun houses that sat on plots of dry earth, as grassless as graves. It meant a rutted road of red clay, that dried to spew dust into the air to choke me and dye my clothes red-orange.

I went to college, leaving behind Petain Street, with its beer joints, truck stops, and check-cashing stores. I started a career and had success, but no matter how far away I got, if I looked back over my shoulder, it was there, chasing me, threatening to bring me back. Now it had the brown, worn-as-shoe-leather face of an old woman, a face that ached with age, though she couldn’t have been 40.

I ran harder and faster, and to get farther away, to be finally safe. But when I looked again, Petain Street was still there, this time with the faces of my old playmates, now women, living their lives still on Petain Street with no more to look forward to than baby showers, prayer meetings on Wednesdays, choir practice on Thursdays, and church services twice every Sunday. That wasn’t my dream of success.

Just as my fears had a face, my dreams had a face. It was different, a laughing face, filled with wonder and curiosity, that spurred me to action. Petain Street drove me away from failure and onward to build a life with options and promises of ever-new goals to excite me.

So, which was the stronger motivator – the face of fear or that of dreams?

Along the way, I hit some rough stretches when I needed motivation to get through. Two years after I’d invested everything I owned to build my business, I was in one of those times. I’d lost some large business deals and didn’t have new prospects. I was tired and didn’t think I had the energy or desire to get back up and go again. Dreams weren’t enough. That night, Petain Street came back to me in a dream, actually a poem of a dream. 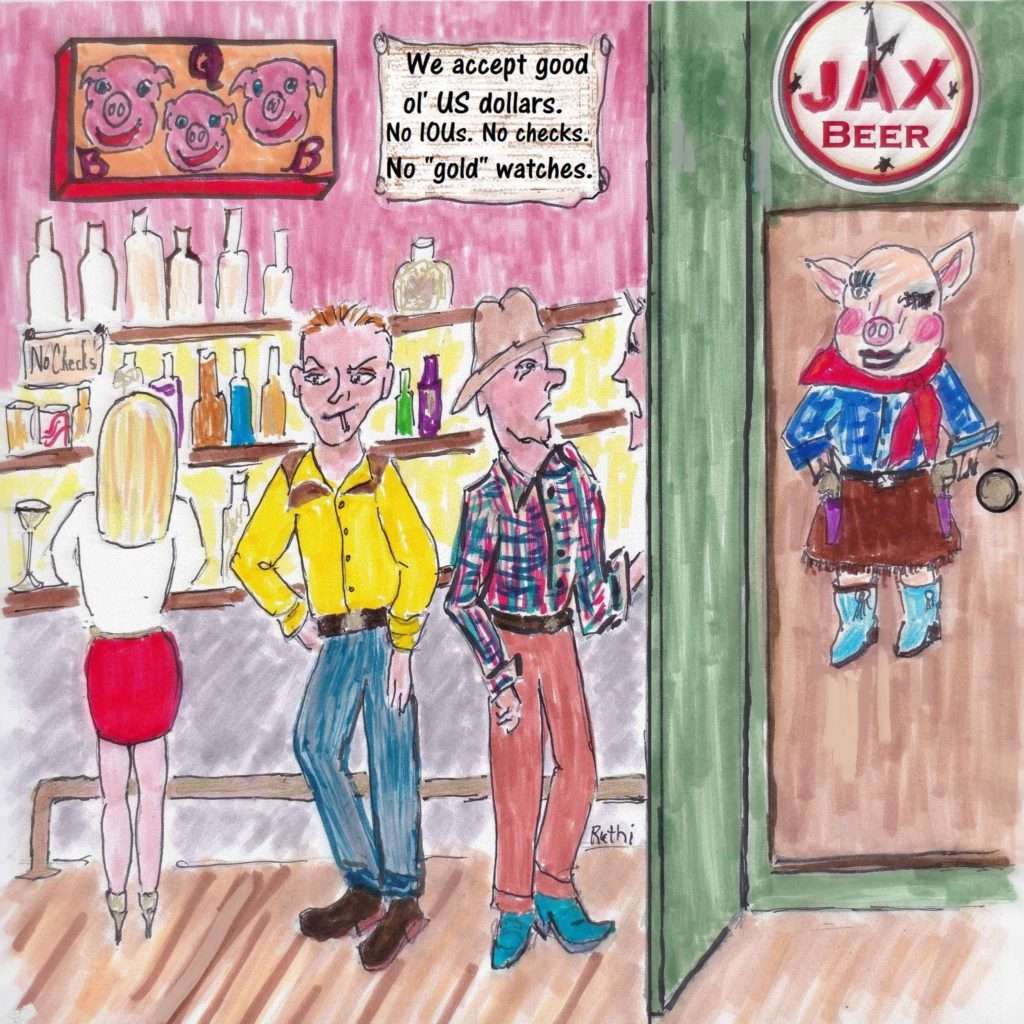 In my dream,
I’m sitting at a truck stop counter, smiling,
swinging my leg as a come-on to men
who know how to rotate tires on 18 wheelers,
tighten brakes, and pull carburetors,
their wrenches crusty with grease.
I hear a waitress laugh, and look up
to see her cigarette bobbing between sugar-pink lips.
She smiles and leans over the counter
where two truck drivers eat ham and eggs.

Suddenly, the truck stop is gone
Now I’m sitting at a linoleum-topped table, sticky with hot sauce and old grease.
I’m in the Three Pig’s Bar B Q
on the corner where Craft Highway meets Petain Street.
The room is tinted yellow with light from the jukebox
A Jax Beer clock hangs over a door
that has a picture of a winking pig in a cowgirl skirt.
Two good ol’ boys lean on the bar, grinning at me.
They’re tanking up before they head home
to see about their wives.

Finally, tossing, fretful, I start to awaken, but I’m afraid. I pat my bed to test it, to be certain I’m home, before I open my eyes, relieved that morning had come and returned me to my life. I sit up, ready to take on whatever comes.

March 27, 2018
WANT MORE RUTHI?
Subscribe to my newsletter!
Get latest updates and exclusive content straight to your email inbox.
Give it a try, you can unsubscribe anytime.