Weird Encounters – Ambushed by a Stranger

Right now, someone somewhere is having a too-close encounter of the weird kind. Have you ever been ambushed by a stranger who barges into your life without warning — or invitation? Like when you’re trying to teach a thirty-pound puppy not to jump on people and a stranger comes closer, and says, “Oh, it’s okay. He just wants to play. I love dogs.” 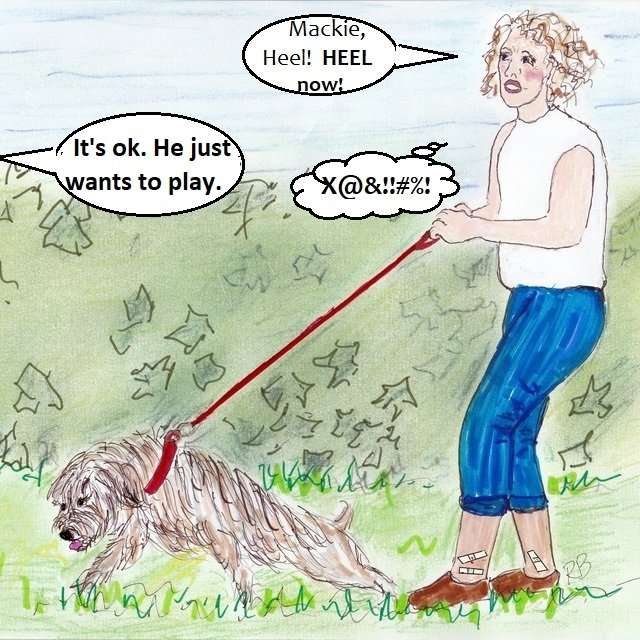 Ambushing strangers became a fad in the 1980s. One day, I was on my way to a client meeting. I was walking down the street, minding my own business, when I became vaguely aware of a stranger walking toward me. As she came nearer I realized she was talking. Who was she talking to? She was looking in my direction. I looked behind me, feeling stupid. Nobody was there. So, I supposed she was talking to me. But why? And why was I embarrassed? Was my skirt hitched up? I checked. It wasn’t.

I walked faster, trying not to look at her, but she wasn’t letting me get away. Now she was a few feet away. “Smile. God loves you!” she proclaimed, flaunting a beaming smile of her own along with a look of what seemed to be superiority. 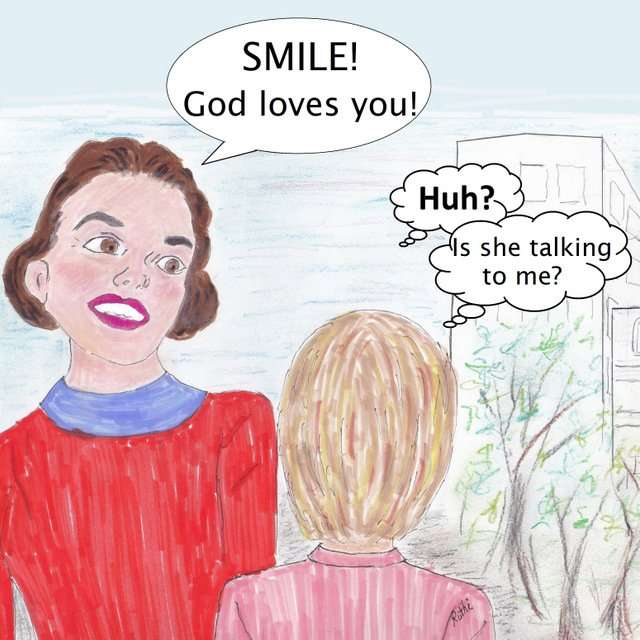 I wondered, does she really know what God is feeling?  Has she been called to pass on His message?

I didn’t think so. I thought she was a bully who assumed she had the right to interrupt my thoughts and tell me how I should feel. But I felt strangely guilty. I was certain my face was red.

She kept staring at me with that chilling grin, obviously expecting me to produce a grateful smile. I didn’t want to smile. I wanted to throw a snarky comment back at her. But under the glare of that grin, I couldn’t come up with one. Then, against my will, I did it. I produced a weak smile and even a feeble nod as I scurried past — like a rat from a trap I thought. I was furious that I’d let her win!

It nagged me for days. I’d wake up at three o’clock in the morning, reliving the scene, but with a difference. Safe in my bed, I shot back clever retorts that would defrost her grin and send her scurrying away like a mouse.

If He loves me, you’ll disappear. Yeah. That’s what I should’ve said! No, no. This is better, I know he does, but I understand he’s not crazy about you. Or even better, Cry! Nobody loves you! 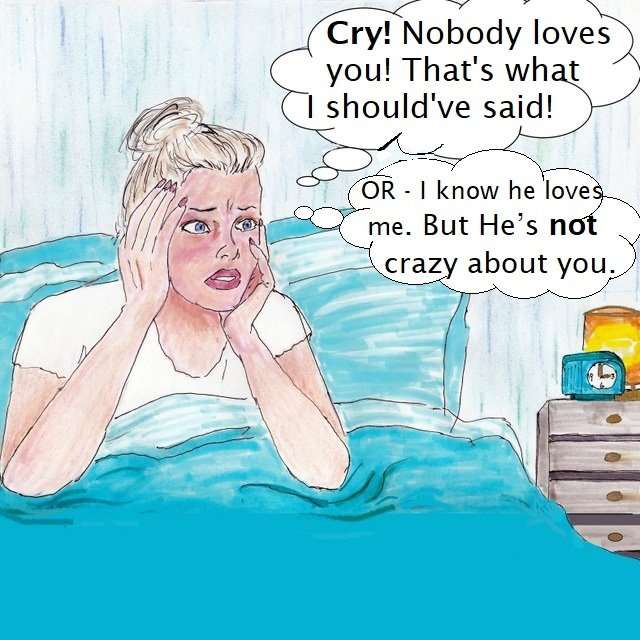 Just when I’d almost made myself stop obsessing on it, it happened again. Another stranger accosted me demanding a smile. Before I knew it, this command-a-stranger-to-smile thing had become a fad.

Even after the nights I spent planning snarky retorts, I never once managed to come back with one in the moment. I couldn’t get over being stunned that a stranger would try to bully me into doing something I didn’t want to do. I began to cross the street when I saw someone walking toward me.

The craze gradually died out. Years passed without a stranger giving me the smile-command. Then, in 2020, I was walking my reckless and rowdy puppy (which meant I was fighting to keep him from dragging me across a busy street so he could greet a dog on the other side), when a man I’d never seen before came up and ordered me to, “Smile! Look at this beautiful day. You should appreciate all you have to be thankful for!”

How dare this man I’d never seen before claim to know my level of ingratitude! At least he didn’t claim to know what God was thinking. 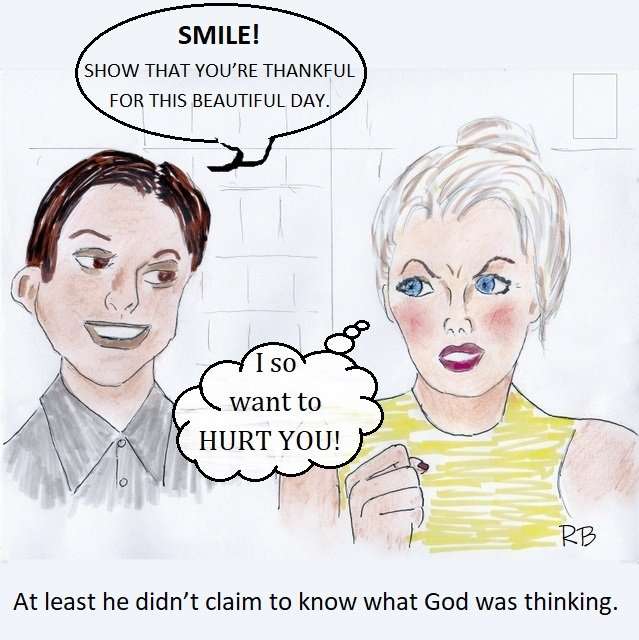 He was judging me. I was furious — mostly at myself for feeling embarrassed. Once again, my sarcastic response didn’t come. I was only able to spit out a petulant, “Leave me alone!” like a child on the playground. 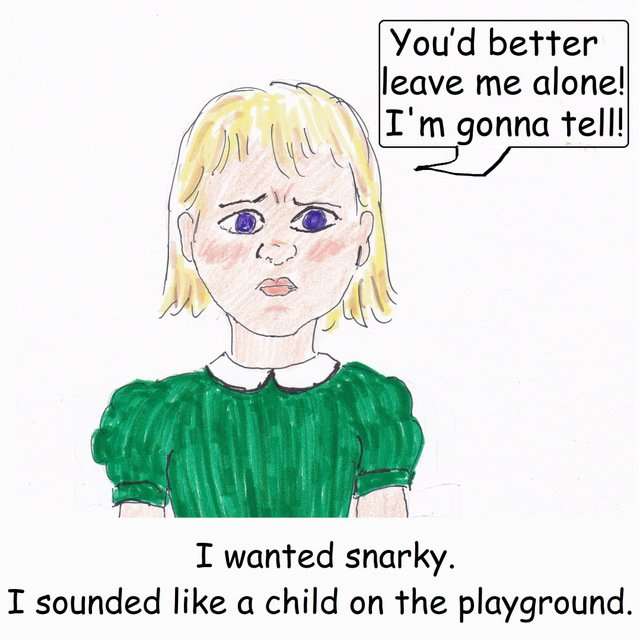 My middle-of-the-night sessions with myself began again. Why didn’t I say….?

That was a year ago. I’m almost fully recovered. I rarely find myself walking down the street, muttering curses and snarky remarks at invisible assailants anymore. 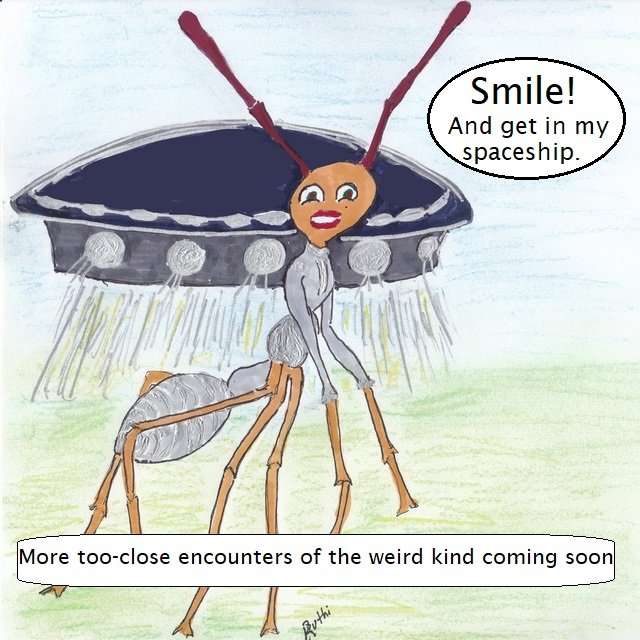 March 2, 2021
WANT MORE RUTHI?
Subscribe to my newsletter!
Get latest updates and exclusive content straight to your email inbox.
Give it a try, you can unsubscribe anytime.