It’s funny, I’ve always cared too much about what people thought about how I looked, how I worked, my personality, my writing. But when I faced views or actions I thought were wrong or unfair, I didn’t have the same problem. I didn’t care what people thought if I was taking a stand for something that I really believed in. 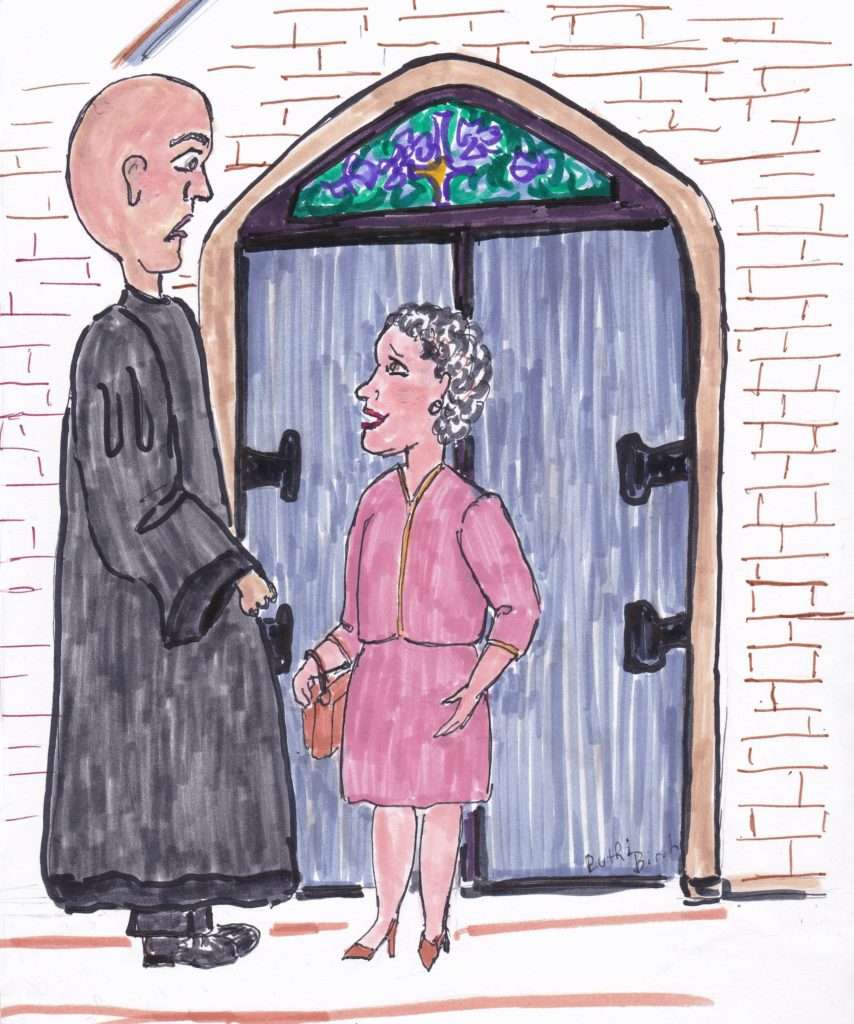 I had a role model who was fearless when defending what she believed was right.  My mama was a five foot three, sweet, and soft-looking woman who taught Sunday school. She was also a union leader who marched in picket lines, and stood up for what she believed in to… anybody. She didn’t care who it was – the preacher at the Methodist Church in Fairhope Alabama, my daddy, even an IRS man who alleged that she padded the amount of money she gave to the church.

The IRS man looked up from Mama’s tax return and said, “Mrs. Simmons, you expect me to that believe a woman who earns as little as you do gives this much to the church?” it was a big mistake to accuse Mama of dishonesty! She pulled out her bank statements and receipts, then stood there, insisting that go through and add up every dollar she had given. She didn’t leave till he admitted that she hadn’t lied.

Taking a stand for yourself or your beliefs has benefits. One is that you feel a little stronger every time. Another is that you feel better about yourself. But there are costs too, especially when you stand up against a person whose beliefs are entrenched. I learned that for myself when I was a senior in high school.

It was just days before my senior prom, my last high school event. I had a date, I had a beautiful dress, and I was excited, although I’m not sure I was as excited about the prom as I was about my dress. Then, a few days before the dance, I no longer had the date. 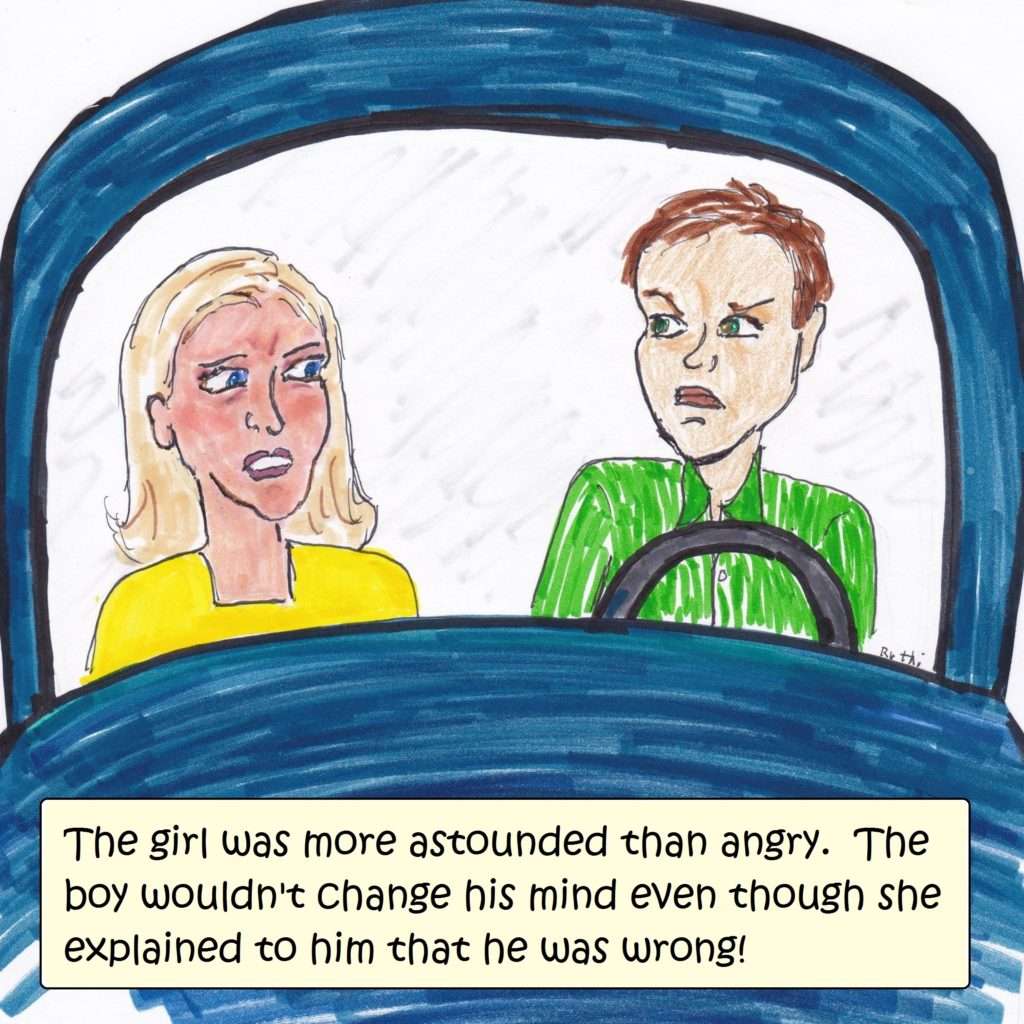 It happened when my beliefs clashed with those of my prom date. It was a beautiful evening, and we sat in his car, on a bluff overlooking Mobile Bay, where the lights from the big pier showered the bay with diamonds. In this setting, how on earth could the conversation have turned to race relations? I still don’t remember how it started. But I said something, and he said something, and I said something else, then suddenly, he exclaimed, “I’ll bet you wouldn’t even mind living next door to a black person!”

I was young,  and thought everybody would see the truth as clearly as I did. I was shocked  that this boy was bigoted, but more shocked that he didn’t see the truth when I explained it to him.

“What’s wrong with you? Of course, I wouldn’t mind having black neighbors! I hope I do. Then I can meet them and get to know them. We might be friends.”

He seemed to hold his beliefs as strongly as I held mine.  He reacted with fury that seemed excessive to me. He spat out, “I think you really mean that. You actually would live in a neighborhood w black people! I could never marry you!”

I said, sweetly, “That’s the stupidest thing I’ve ever heard. Are you crazy? I’m 17. I’m going to college. Then I’m moving to New York City and having a career. There’s no way I’d marry you!” 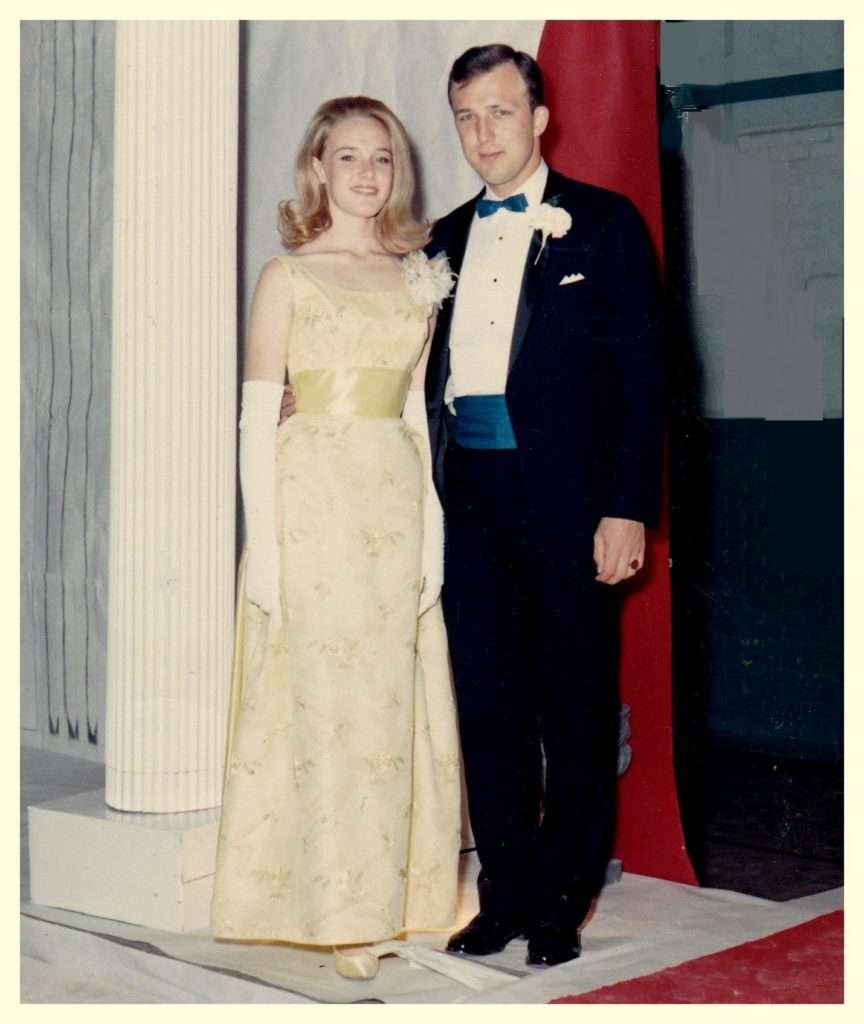 It wasn’t easy taking a stand in what I believed, but I finally managed to get another date for the prom, so I was able to wear that beautiful dress.

When I left the deep South and started my career in a staffing agency, I expected things to be different. I was in Washington D.C. Surely prejudice and discrimination didn’t happen here. But it did. I saw it happen with the first candidate I placed in a job.

She was a woman from Pakistan – I was excited because I’d never met anybody from Pakistan before.  She had a college degree, she was gracious and poised, and she spoke English with an accent that I thought was beautiful. She seemed a perfect fit for one of our clients, Perpetual Federal Savings and Loan. They needed a teller trainee for their flagship location. I sent her to interview with their head of human resources, and she got the job. I was told later that the savings and loan would never  put a woman of color in their main branch – never before that day maybe.

From that experience, I learned one simple and effective way to stand up to people who ask you to discriminate or do anything else that is against your beliefs. Just don’t hear them. Go on doing what you know is right, and you may even change their minds. We sent top-notch, qualified candidates and companies hired them.  But not every company.

Some clients refused to do business with us if we didn’t give them what they wanted.  Our cost for taking a stand was lost business and money, but we could get other business. There are people who risk everything they have for what they believe. Losing a client or two wasn’t a great price to pay. The value we received was knowing we made a difference by taking a stand, even if it was just a drop in the bucket.

Today, more than ever, there is a need for people to stand up and put action behind their values. When we stand up and defend the values that are most important to us, we reaffirm who we are, and no matter how small our voice, every time we speak up, it gets stronger.

July 24, 2017
WANT MORE RUTHI?
Subscribe to my newsletter!
Get latest updates and exclusive content straight to your email inbox.
Give it a try, you can unsubscribe anytime.