The Philandering Husband Was Really Good at Making Excuses

Joe was an associate in a large law firm in Anchorage. He was married. He loved his wife. Joe also loved other women. And he enjoyed the company of those women frequently. Joe’s wife didn’t know because Joe was really good at making excuses. In fact, when it came to making excuses, the kid with the homework-eating dog was not in Joe’s league.

He Was Doing It All for Her – Making Excuses

Joe called his wife to say he’d be coming home late — again. “I’m in night court and I may not be home till eleven.”

His wife wanted to be supportive, but this time tears came to her eyes. “Joe, it’s been every night this week. We’re losing touch with each other.” 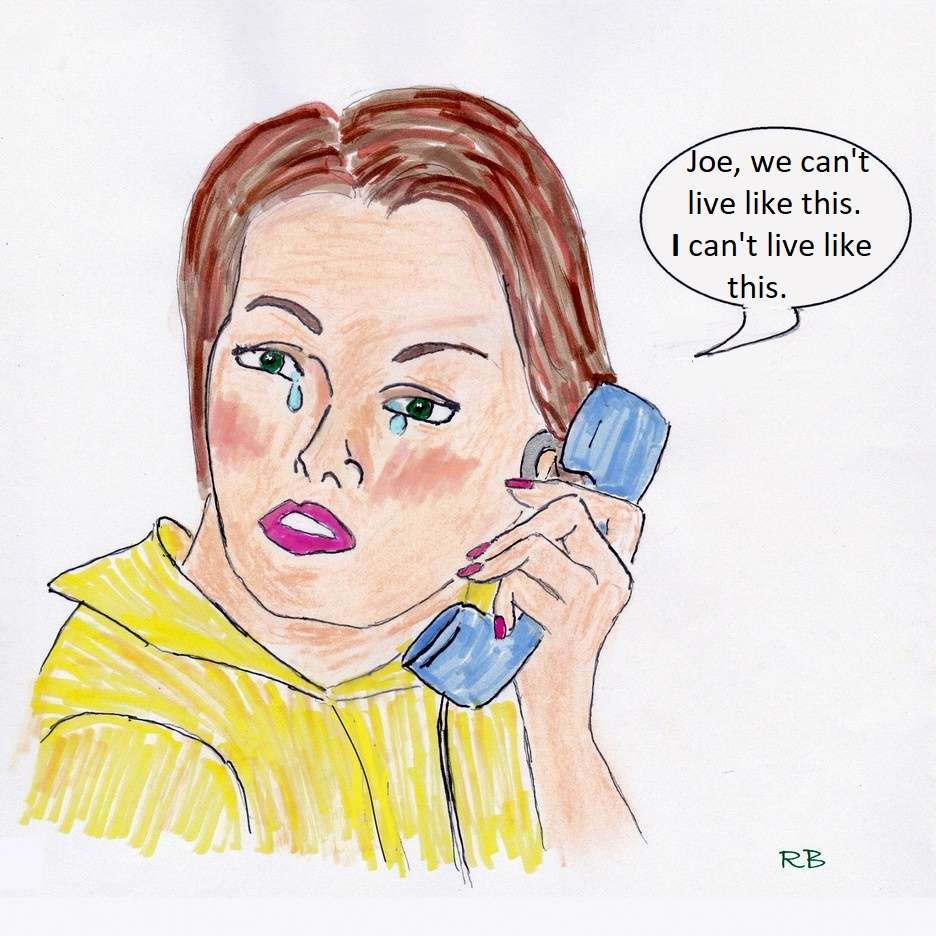 “Please don’t make me feel guilty for working hard. I’m doing it for us — building a future for you and the kids. I need you to encourage me. I want to make partner and covering night court will get me noticed. But I think next week will be a lighter load so I’ll be home earlier.”

Joe came home for dinner every night the next week. Then the late nights started piling up again. His wife was getting suspicious. “Barry works at your firm. His wife said he rarely works past seven.”

Joe looked at her with sad puppy dog eyes.

“You asked her? Don’t you trust me? Do you think I enjoy working all these hours? What do you expect me to do — tell the senior partner my wife said I can’t cover night court?” 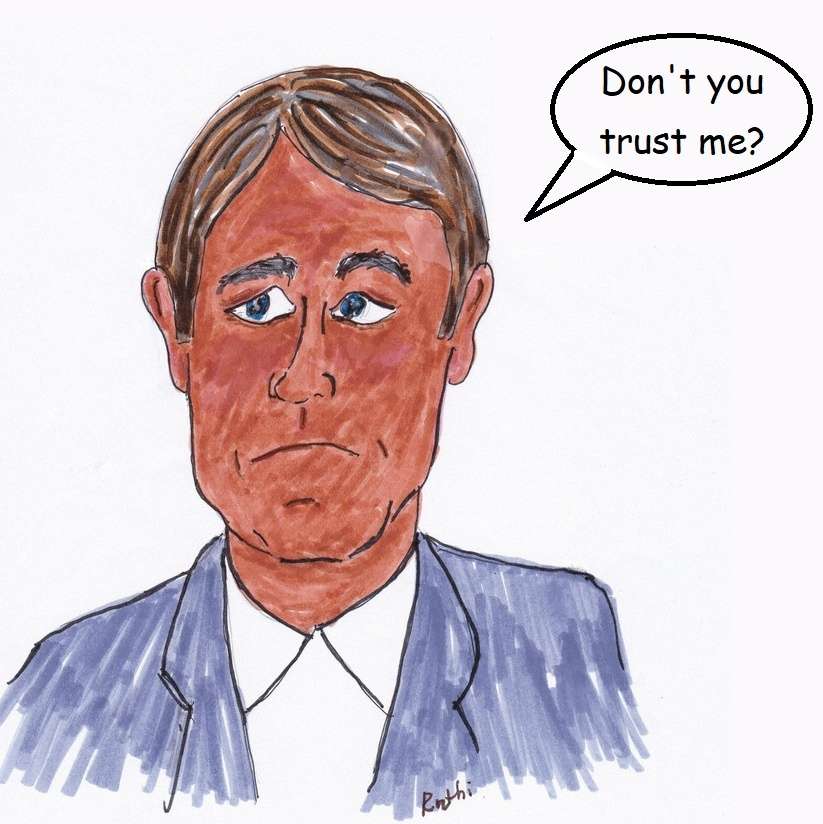 Joe’s wife backed down. She did trust her husband, and she knew a young attorney had to make sacrifices to get ahead. Still, it didn’t seem fair that Joe had to handle all the night court cases. She liked the partners, but she thought they were taking advantage of her husband. They weren’t considering what night court was doing to his family.

Joe’s Wife Took Her Worries to the Boss

At a firm dinner, she happened to be seated next to the senior partner. She wondered if he even knew how many nights Joe worked and decided to bring it up tactfully. She got her opening when he asked how she was adjusting to the new town.

She smiled sweetly, and said, “Oh, we all love it here. Alaska is such a beautiful place. The kids are making friends. Joe loves his job.”

“Joe’s a fine young lawyer. We’re happy to have him with us.”

She worked up her courage to go on.

“I really appreciate the opportunity you’re giving him — trusting him to handle all the night court cases. Of course, I have to admit I do miss him. The kids too — they’re usually in bed before he’s home. But I realize he’s getting valuable experience.”

“Night court? There’s no night court in Anchorage,” thought the partner, but tried to keep his thoughts off of his face. 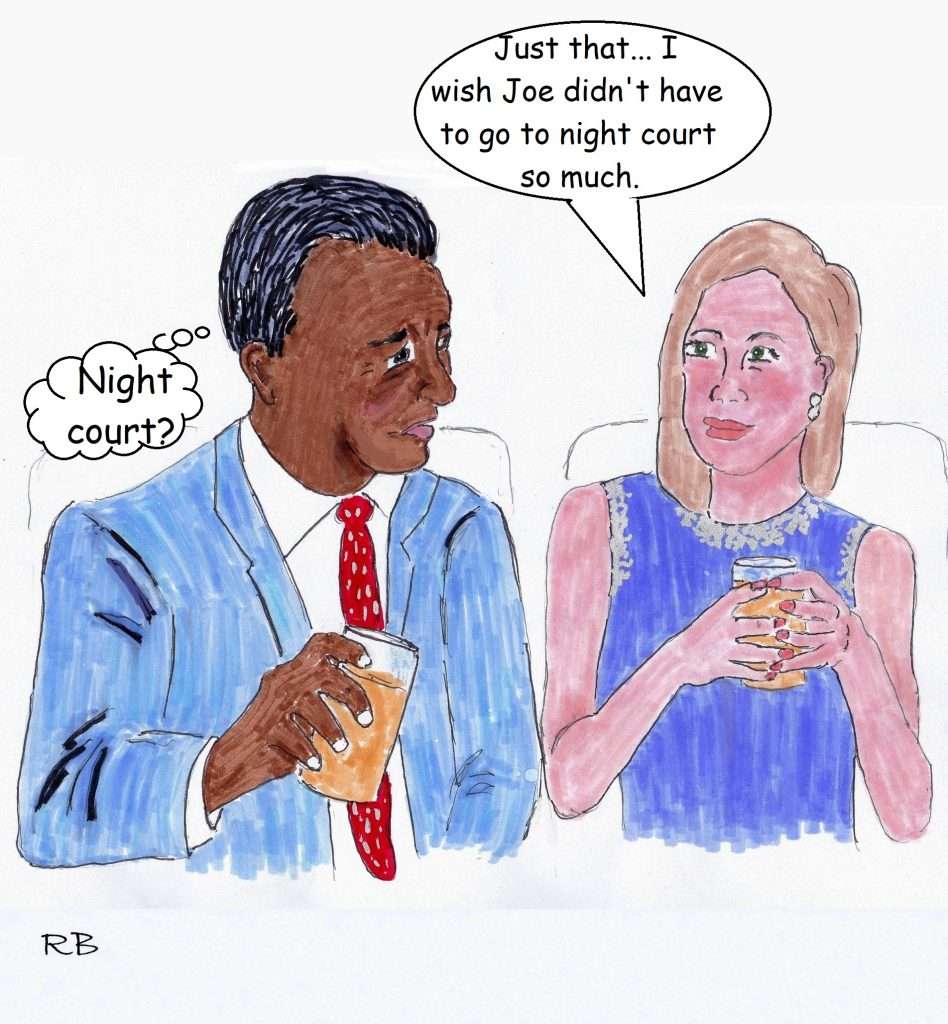 She went on, “I was thinking it would be a blessing if some of the other attorneys could take even a few of the cases.”

The partner wasn’t getting into the middle of this. He said, “I understand. I’ll bring it up with my partners to see who’s available.”

The next day he told Joe he’d better cool it if he wanted to keep his marriage. So Joe cut back on his night-court nights for a while. But he couldn’t leave the other women for long. He started staying out one night a week, then two, then three. Then, one night he didn’t come home until the sun was peeking over the mountain. And he was drunk. And disheveled. And he had suspicious-looking red stains on his face, neck, and shirt collar.

His worried wife met him at the door. The minute she saw him her worry soured to anger. But Joe was ready for her with a lollapalooza of an excuse.

A Doozy, a Whopper, a Lollapalooza of an Excuse 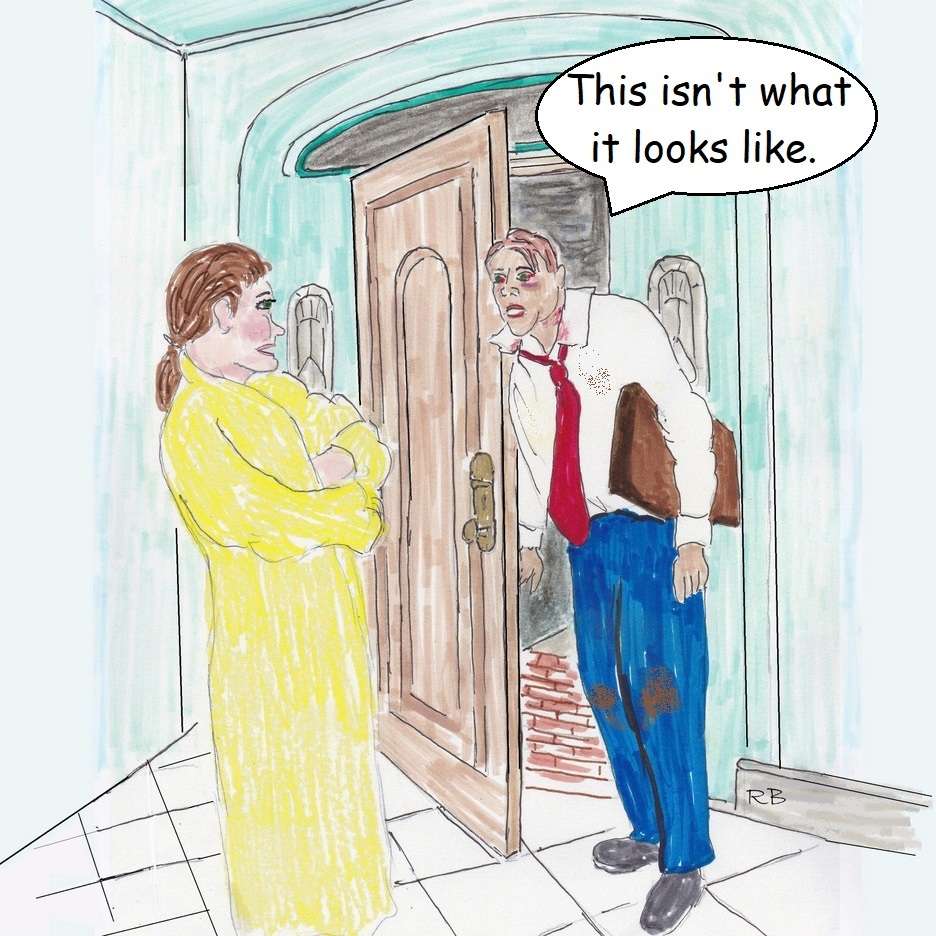 “Sweetheart, I know you’re upset, but you won’t be when I explain what happened.”

She crossed her arms and waited.

“I finished court early and was headed home to surprise you. But I came upon a terrible car wreck. I felt I had to stop and help. It was awful. One poor man had lost an ear. The paramedic told me it could be saved if we could find it, so I joined the search, pawing through blackberry bushes.”

He looked to see if she was believing him before his final flourish.

“Look at me. I’m a mess! I got the berry juice all over me. I got my back scratched up too — you’ll see. Luckily, we found the ear. I’m not making excuses. When it was over I was sick. I needed a drink so I went to a bar and got drunk.”

As Joe told his story, his wife’s expression softened a little. “Whew, she bought it,” he almost said out loud.

For the next few days, Joe came home for dinner, until of course, night court started again. Then things got back to the old normal. And Joe and his wife lived… happily? Well, at least Joe’s wife lived happily ever after.

On a warm July night, Joe came home after a particularly late night court, but this time there was no need for making excuses. His house was empty — no wife, no kids, no furniture. She had cleaned out the safe and the bank account, taken the kids and the furniture, and moved to Seattle with the man she’d met while her husband was in night court. 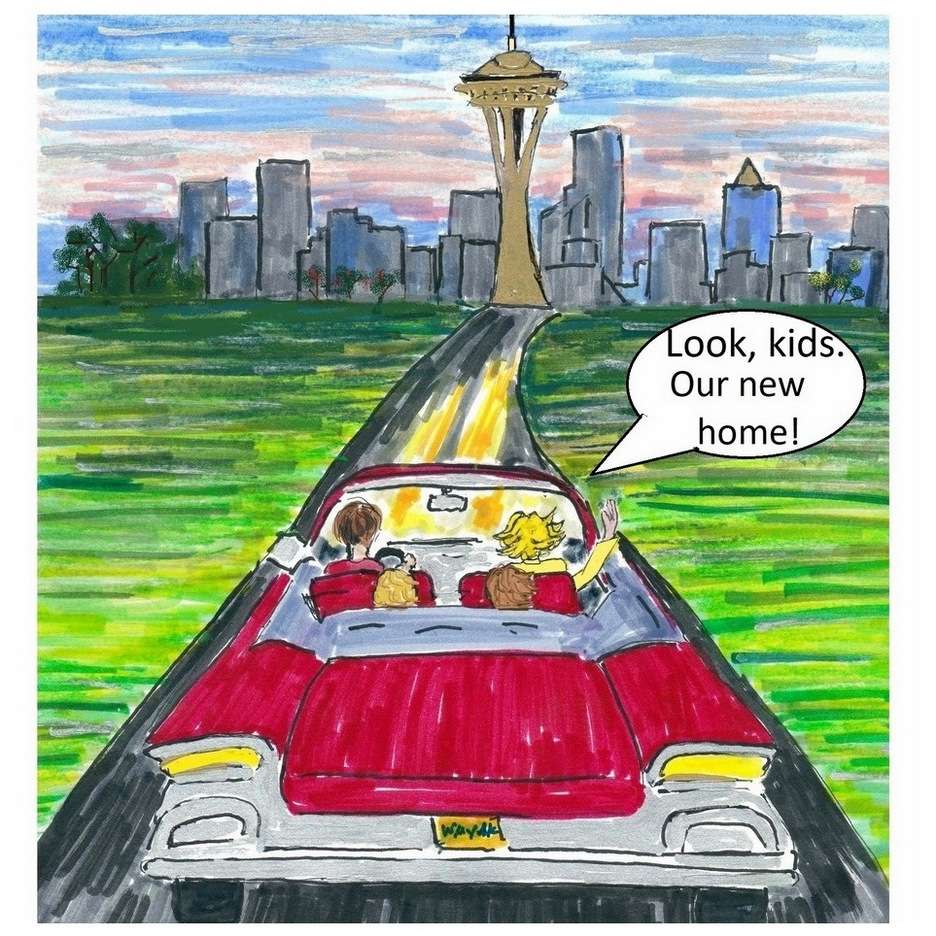 June 15, 2021
WANT MORE RUTHI?
Subscribe to my newsletter!
Get latest updates and exclusive content straight to your email inbox.
Give it a try, you can unsubscribe anytime.