Everyone knows the story of the Good Samaritan, the epitome of kindness and generosity. But did you ever think about what life must have been like for his wife? 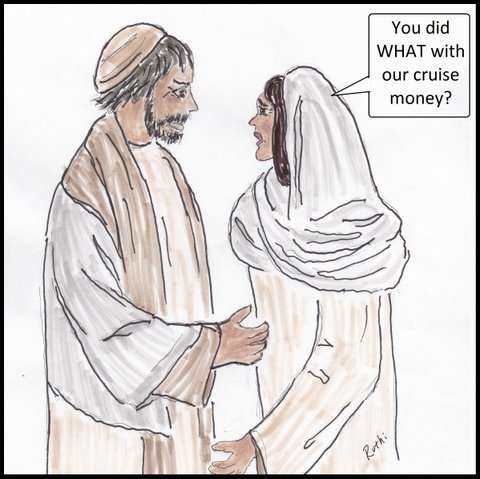 I’m married to a good Samaritan. Ron’s world is full of people who need him to care about them, help them, solve their problems. He knows they’re out there, and at the feeblest sign of a person in distress, he is overwhelmed with goodness and compelled to respond. He must because he is the only one who can — the cost or risk be hanged.

The risk to us is monumental these days because the raging pandemic puts us both at risk. We are the people other people should wear masks to protect. We’ve been practicing safety. We haven’t seen another person up-close or been inside a store or restaurant in nine months. We take socially-distant outings — windows-up car drives to beautiful scenic places — Leesburg, Mount Vernon, picturesque towns — gaze at them through the car windows, then drive back. Sometimes we take a picnic.

But even a plague can’t keep Ron’s good-doer compulsion from surging out of control, as it did on one beautiful, warm December afternoon. We were taking a drive around Old Town Alexandria, looking at the Christmas decorations, when we passed a woman sitting on the sidewalk in front of her house. She was tying her shoe. A bicycle leaned against the fence. A man was wheeling another bike from the house. They were going for a ride on this nice day. That’s the scene I saw.

Ron saw a totally different scene. He saw a woman in distress, a woman needing his help. However improbable that was, the urge overtook him and he threw safety to the winds.

I was driving past the scene when he yelled, “Stop!” 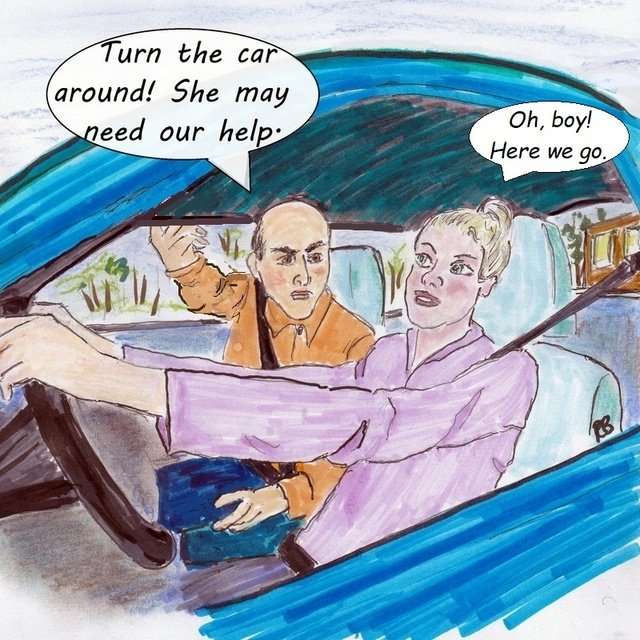 “The woman back there.”

“She was just tying her shoe.”

We reached the stop sign at the end of the block.

“Turn around!” he demanded, waving his arm frantically.

“No!” I said and quickly drove on as I sensed him reaching for the door handle.

“She may have fallen. We have to go back and see if we can help her.”

“Her husband is with her.”

“He’s carrying the bicycle. He may not see her. Turn around!”

“No. We are in the middle of a pandemic! We’re quarantined. Remember?”

“Ron, if we did go back, we couldn’t get out of the car. She isn’t wearing a mask. You couldn’t go near her.”

“We could do something.”

*To set the record straight, it’s a myth that he tried to drag a blind man across a street, the man didn’t want to cross. Ron barely nudged him.

Ron knows some people may have a need that is not obvious. They may have feelings they crave to share with him, and he feels it’s only right to give them the opportunity. So, he begins every chance meeting or phone conversation, whether with friend or stranger, by asking, “How are you?”

It makes me crazy. 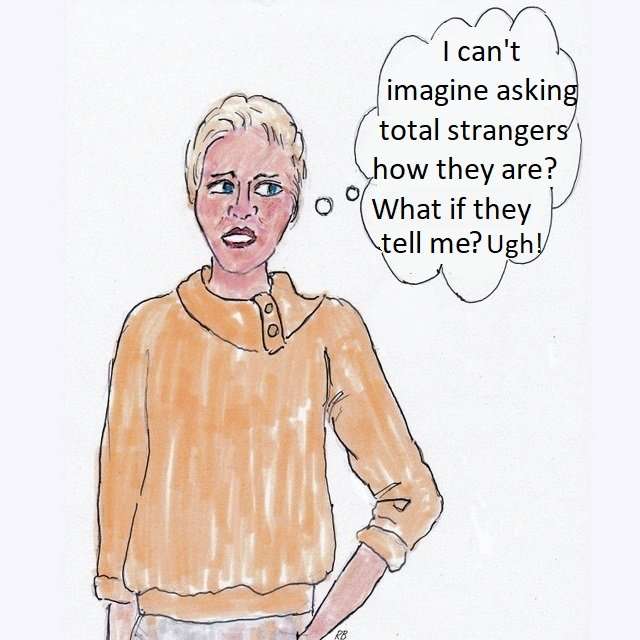 If he’s calling the city to complain about potholes or overhanging branches, he begins, “How are you?”

If he’s calling Comcast because the cable is down, every person he must go through to reach the right person at the cable company is greeted, “How are you?”

If he’s calling the plumber to have the pipes snaked, he asks the secretary who answers the phone, “How are you?”

I could hear her answer, in a bored cigarette rasp, was, “Okay. Fine. Whatta ya need?”

It’s the same for the cashier at Ace Hardware, for the receptionist at the dentist’s office, and for the man from the irrigation service who has come three times and still doesn’t have the pipes working. I guarantee he will also ask the conductor stamping tickets on Amtrak — if we ever get to go on a train again. (Sob!)

I snap, “Ron, stop! Why do you care about the state of a total stranger?”

“But what if they tell you?”  (That would be my biggest fear and a good reason for not asking — I’m not a Samaritan.)

“What if they don’t care to share intimate details with you?”

“I’d tell you it’s none of your business.”

“You couldn’t. You married me.”

Yes, I did — and sometimes I can’t help but wonder if he only married me because he thought I was so distressed and such a desperate case that the only way to save me was by marrying me. 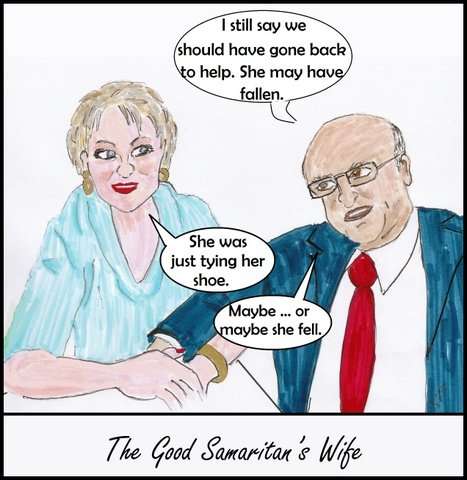 December 9, 2020
WANT MORE RUTHI?
Subscribe to my newsletter!
Get latest updates and exclusive content straight to your email inbox.
Give it a try, you can unsubscribe anytime.