This story happened in a simpler, freer time. Before AIDS. Before COVID. And before Ron and his crew of fraternity brothers left all the monkey business behind and grew up to grown-up concerns.

It was spring break. Where the Boys Are was the hot beach movie. It inspired the five two hundred pound guys to cram into Ron’s Ford and leave behind the deep freeze that was Colgate University to make the twenty-hour trek to Fort Lauderdale’s sand, sunshine, monkey business, and girls — with no reservations and no fixed plans.

Naturally, there wasn’t room to be had. No worry. They could sleep on the beach. But they were taken in by some sympathetic girls who had made reservations. 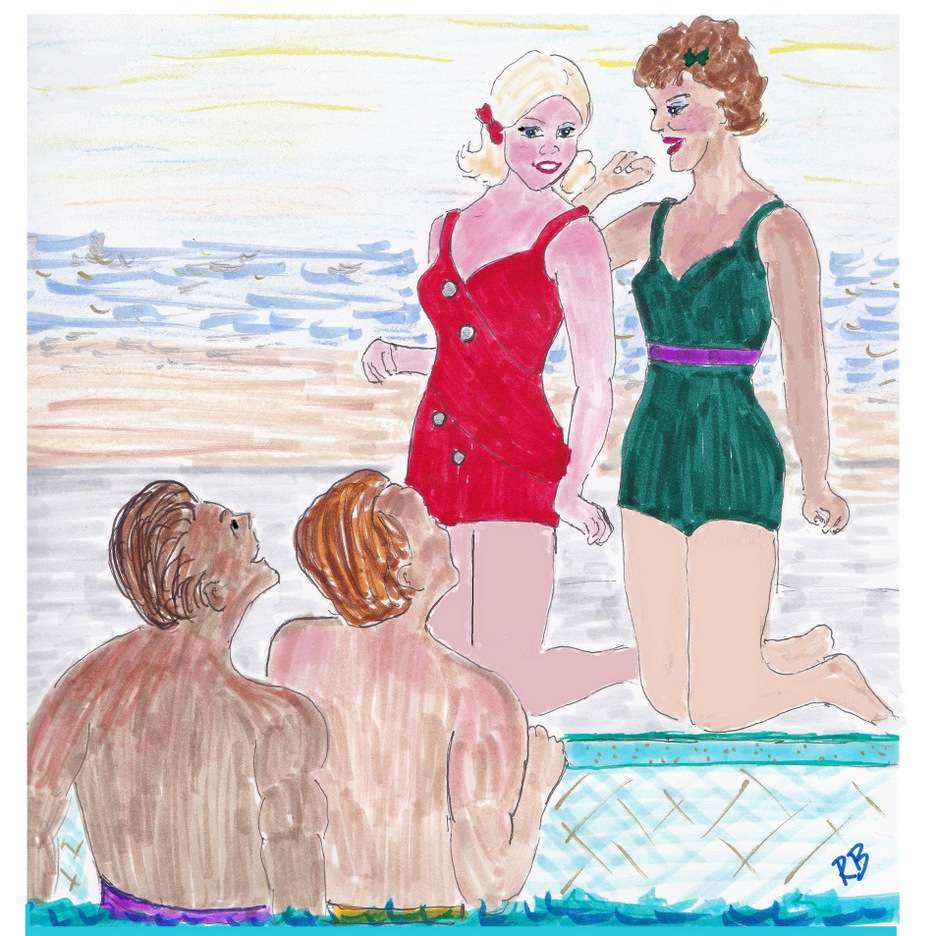 The five days flew by as carefree as one of Beach Blanket movies of the 60s — but with less spring break dancing on the beach.

It was on their way back to Colgate that Ron and his crew got into the real monkey business. They stopped to use the facilities at one of Florida’s roadside monkey farms. The place sold shells, flowered shirts, kitschy gifts — and live monkeys.

Ron watched the cute little squirrel monkeys chattering away in their cages and lightbulb!

“What the fraternity needs are a mascot! A monkey!” he proclaimed. “We can teach it tricks and dress it up for party weekends.”

The crew didn’t need to be convinced. They were on board.

“Yeah! We can teach it to doff its hat and bow to people as they come in.”

“Maybe it could even take people’s coats at the door,” What were the odds of an eight-pound monkey lifting a winter coat that weighed as much as she did? No one asked.

So, with the monkey, a leash, and a little straw hat, they started back to Colgate.  Spring break was done. 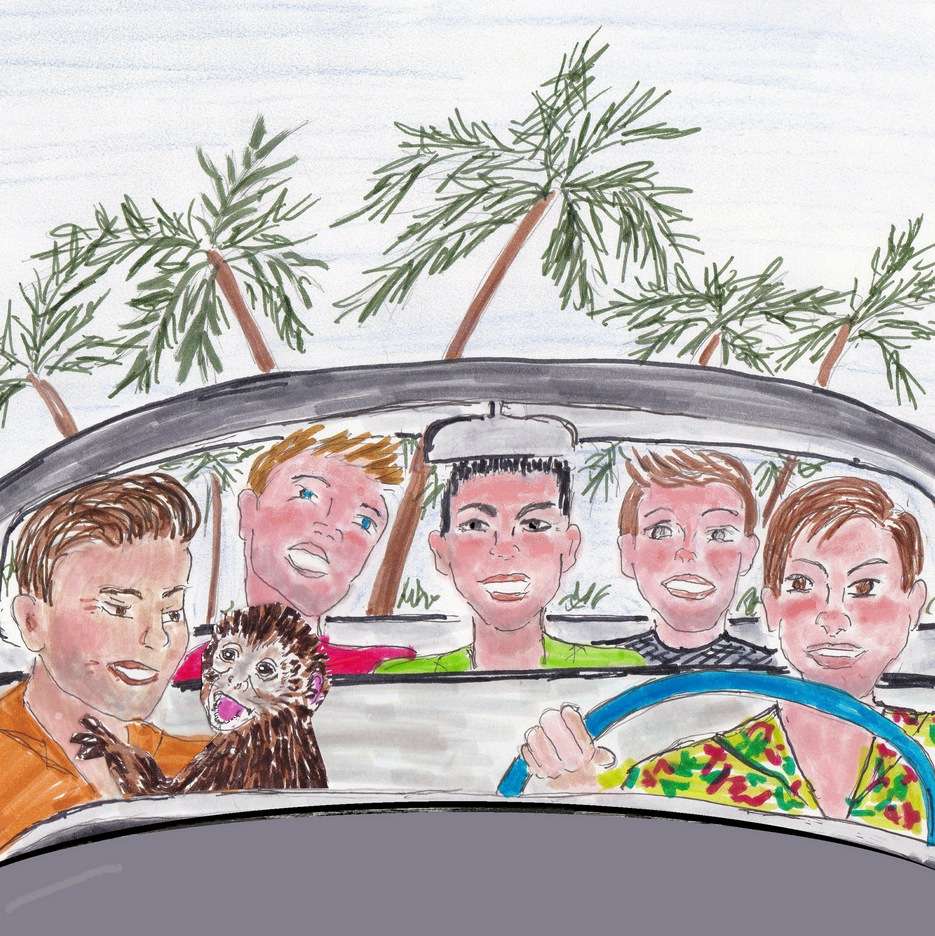 It was great fun. They stopped at a bar-diner for food, put the leash and straw hat on their little mascot, went in, and lined up on six barstools.

“We’ll have five beers, ten cheeseburgers, fries – and a banana.”

They all agreed it was an excellent joke and they made more jokes as they drove along.

But by the time they got back to the fraternity house, the novelty of their mascot was already wearing off. And the monkey was clearly tiring of them. As soon as they went into the house she got loose, climbed the bookcase, knocking books asunder, jumped to the curtains, ripping them, then to the chandelier. 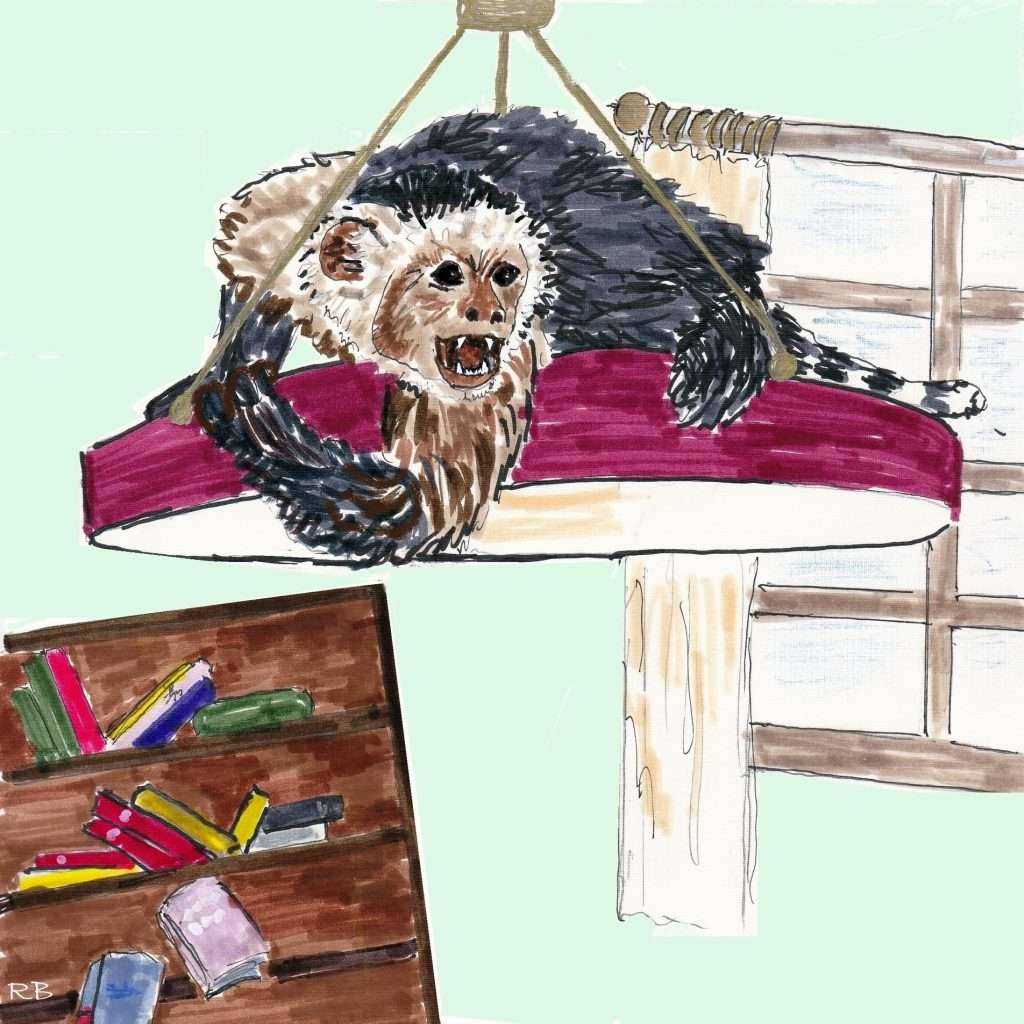 And there the mean, nasty little monkey stayed, screeching and baring her teeth. No coaxing brought her down till she finally got hungry.

The only trick she ever performed was throwing feces at anyone passing by the cage. The crew washed their hands of her and put her cage on the third floor where she roomed with the sophomores.

Checks were supposed to be cosigned by the faculty advisor assigned to the house. But their advisor had been sick for several weeks and unavailable to cosign checks. So Ron had taken the pragmatic step of forging his name so they could buy groceries and other necessities. He did the same to pay for the monkey that hadn’t turned out to be such a good investment.

Right after spring break, the faculty advisor came back to work. The next day Ron got a message from him. “Please come to my office to discuss the monkey business that has been going on in my absence.”

The jig was up. Ron went to the advisor’s office ready to bite the bullet and confess about the monkey. All the way there he went over in his head what he would say. 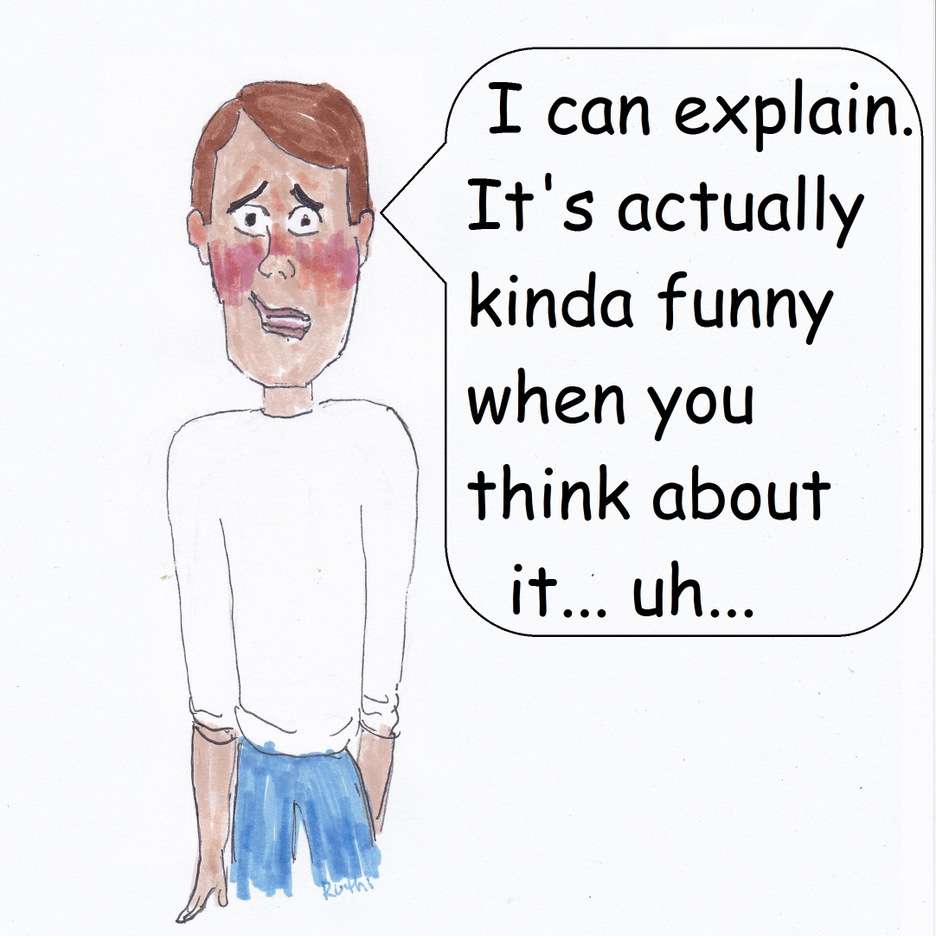 But before he could speak, the advisor held up a check with his forged signature. But it was not the check he’d written to the monkey farm. It was a two-hundred and fifty-dollar check for cash.

Ron stifled the confession, and explained, “You were away. We ran out of milk and food. We needed the money. I didn’t know what else to do.”

The advisor accepted that explanation, and Ron was off the hook for the spring break monkey business.

But what about the little monkey? As it can happen, while she was living on the third floor with the sophomores, she actually took a liking to one of her roommates, and him to her. When the semester ended he adopted her and took her to live on his family’s farm. And that put a happy end to Ron’s monkey business — for that time anyway. 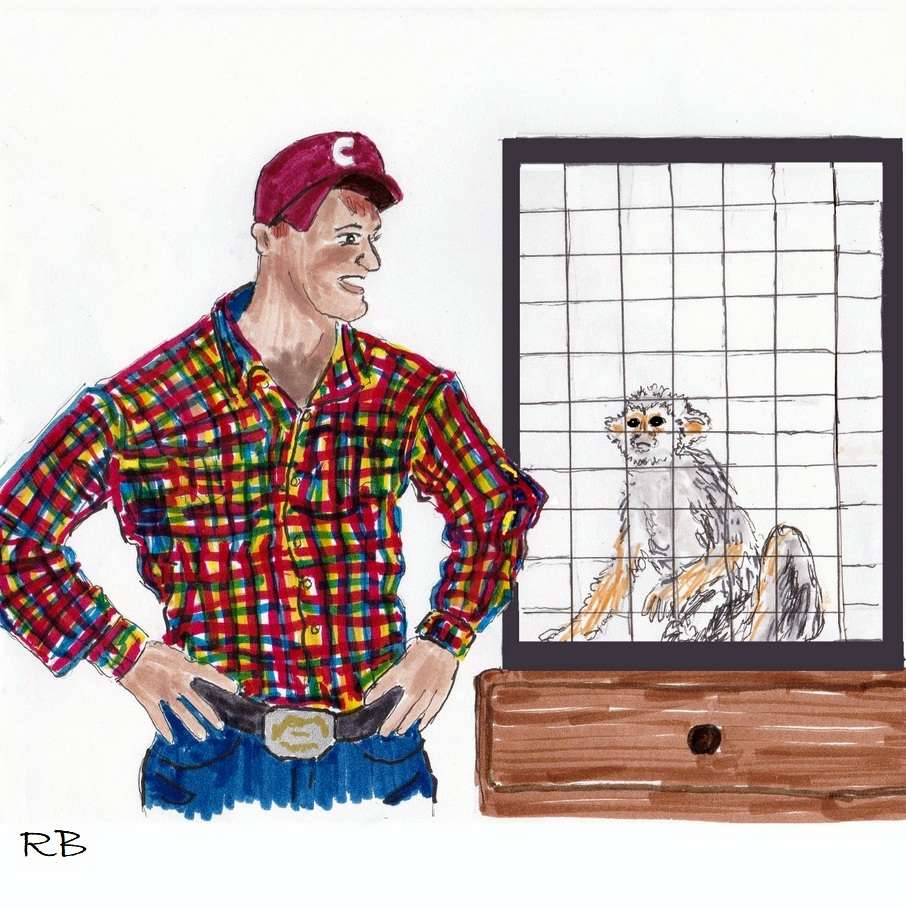 By the way, grownup Ron can still stir things up too. 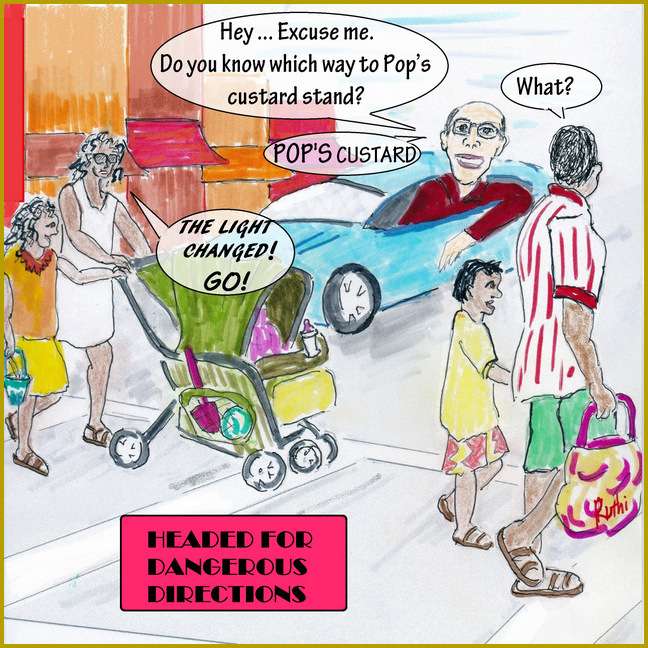 May 5, 2021
WANT MORE RUTHI?
Subscribe to my newsletter!
Get latest updates and exclusive content straight to your email inbox.
Give it a try, you can unsubscribe anytime.