How to Set Goals That Matter To You

Are you pursuing goals that matter to you? Are they your true goals? Will they take you to a place where you will be happy?

Last week, I wrote about the reality of achieving a goal I had worked long and hard for and the unexpected feelings I had afterwards. The goal was to graduate from college with a degree in history and education. I reached it, but I wasn’t happy – I was miserable. Why? Because that goal was never really mine. I’d achieved it and then became adrift and without direction. Setting goals is easy. Setting goals which matter is another story. 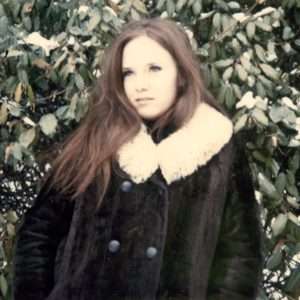 Picture of me when I graduated college

Goal origins and our choices

Our original values and goals are given to us by our parents who got theirs from their parents, and so it goes. We accept these goals and act on them, until one day we discover that they don’t make us happy because they don’t matter to us or take us to places where we want to be.

My Daddy, a plain-talking tug-boat captain, had definite goals for me. “You’re going to get off Petain Street, get you an education, and be somebody.” I was 100% for getting off of Petain Street, getting educated, and being somebody. But the goals and I parted ways at the what kind of somebody I’d be.

What kind of somebody I’d be

I’d always pictured myself in an exciting career in…. I didn’t know what, but I knew it would be stimulating and fun, and I was sure beautiful clothes would somehow be involved. Going off to college, I thought about what I would study. Art maybe – I loved to draw. Or writing? No! Those things didn’t fit the goal because they were neither secure nor sensible.

Mama and Daddy’s values were based on their experiences. Denied schooling, they valued education, and education was far too important to study something useless when it came to getting a job. They had struggled to survive, so they valued security. They had just come through the depression and remembered how two men, if they were lucky, would share one job at the mill so both could have some income. But teachers and nurses had jobs.

Daddy had been looked down on, so he valued respectability. A smart man embarrassed by his lack of education, he resented his own papa’s values and inability to support the family, which had forced Daddy to leave school before he was twelve and go to work. He wanted respect. Teachers and nurses had respect.

So the choice was teacher or nurse.

Nursing was never a consideration for me – I’d have to touch sick people. That was out. Teaching was left. A degree in education became the goal – but I never wanted to be a teacher. I never played school as a kid. But I pushed on, not letting myself think about the fact that, at the end, I’d only be qualified to teach.

Education, success, and security were the goals from my parents. But I was also influenced by the times. I was born into an economy on the upswing. It was an optimistic, you-can-do-anything and be-anything time. I could do anything, but security was precious and fragile. I could even soar – at a sensible height. So I graduated and wanted to soar, but the only option I could see was a safe one that didn’t fit me and made me unhappy. I was a mess! It took time and trials before I figured out what goals were true for me and would make me happy. It also took courage to jump off the safe teaching perch without a net. Once I was pursuing the goals I wanted, I was happy.

How do you discover your true goals? Here are some clues to help.

#1. Do you love the drudgery of it? Is it something you want so much that even the drudgery of it is fulfilling for you? For the person who really wants to be a parent, changing diapers is a joy because you’re close to your baby.

#2. Does it embody your childhood daydreams, a place where true values roam free. Mama and I went to church twice every Sunday, which gave me two hours of enforced boredom when my mind made a break for it. When I was 10, I decided I’d be a Broadway star and my stage name would be Cherry Lane. I’m not Cherry, but I found a career that put me on stage.

#3. Is it your make-believe self come to life? When you were a little kid playing make-believe, who were you? I was never, ever, a teacher! I was a professional something living in a big city and always in the middle of ever-changing stories – and laughing.

When I finally gave up my teaching job, I went to find a job which fit my goals. I found it in sales, then in speaking. It gave me a stage, people to engage and entertain, and it gave me laughter!

Young professionals of today have your own implanted goals. The economic times that influenced this generation bred pessimism. Even if your parents weren’t among those who went from affluence to lost jobs, investments, or homes, the bleak news of recession was constantly screamed at you by the media. You came out with values and goals that may not be yours or making you happy, and the challenge is to figure out which ones actually belong to you.

March 29, 2017
WANT MORE RUTHI?
Subscribe to my newsletter!
Get latest updates and exclusive content straight to your email inbox.
Give it a try, you can unsubscribe anytime.