Ruth Bader Ginsberg, SeaBiscuit, and Me

What do I have in common with RBG and Seabiscuit? Nobody let us in the game.

We had to work just to get in. Even then, we weren’t expected to win, and we all ached to win.

It should have been a snap for a woman as brilliant and driven as RBG to get into any game she wanted. But even a law degree from Columbia University didn’t open doors to the big law firms for a woman, so RBG forged her own path. She stood up and spoke up for fairness and equal pay for other women. She got in the game and won. In 1993 she took her seat on the Supreme Court. 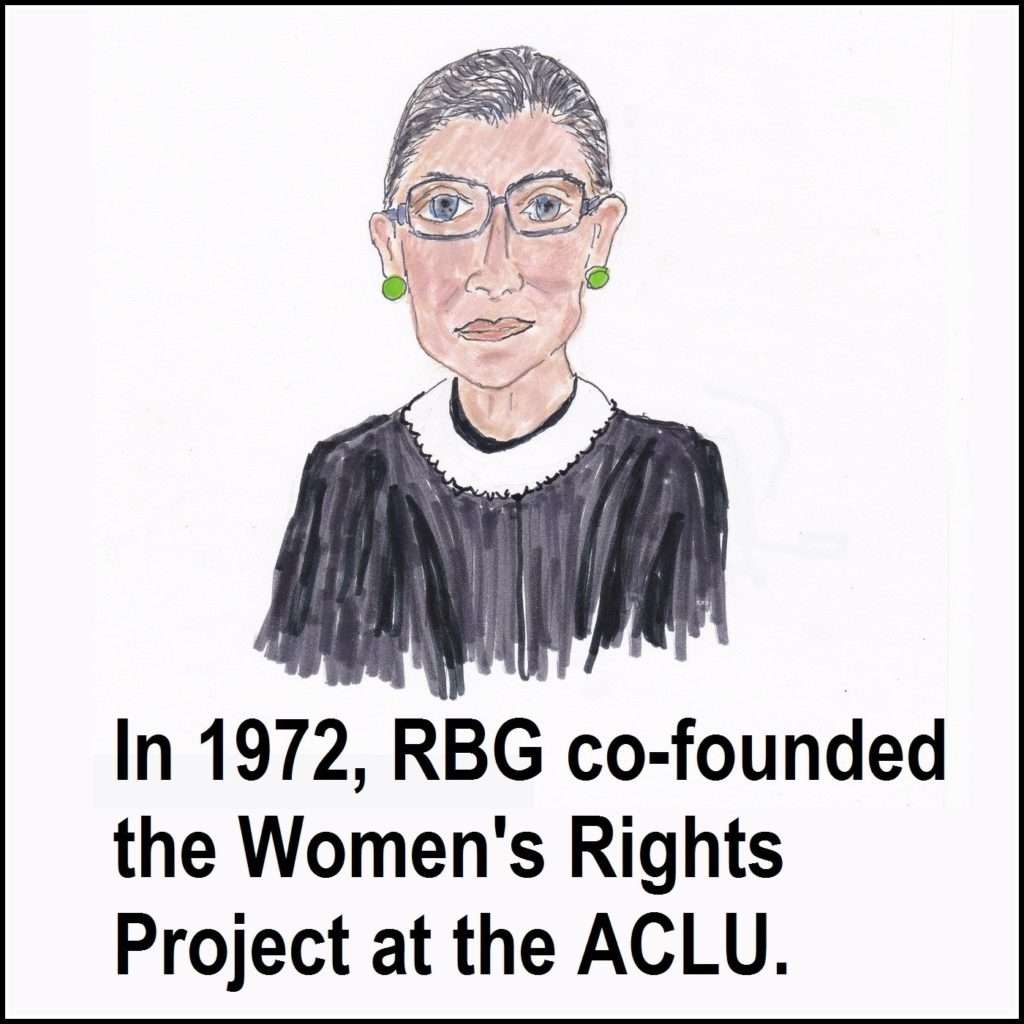 In 1972, while RBG was making great strides, I was just getting started in the job market, and I was learning it wasn’t fair and the pay wasn’t equal.

“Get your education and amount to something,” I’d been told. So I got my education, but no job offers. When I applied for a job, the first, and usually only, question any employer asked me was,

I’d say, “I can’t type,” and the interview would be over.

Finally, I met an employer who didn’t care if I could type. I got an interview with the manager of an office supple business looking for a manager trainee. He offered me the job on the spot.

I just had to go to the human resources department to fill out the employment forms and I’d start Monday.

But the HR manager had other ideas. 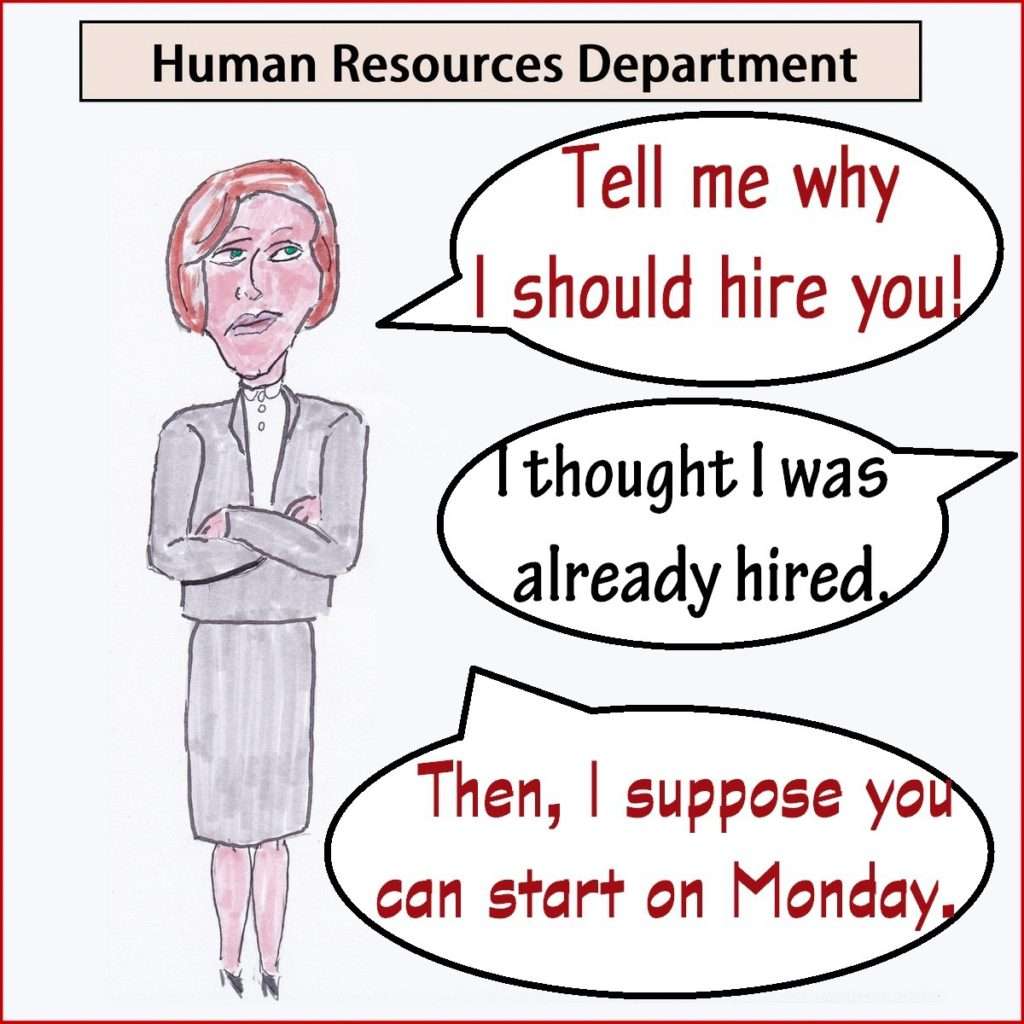 She begrudgingly admitted I had the job, but she had one last bombshell. 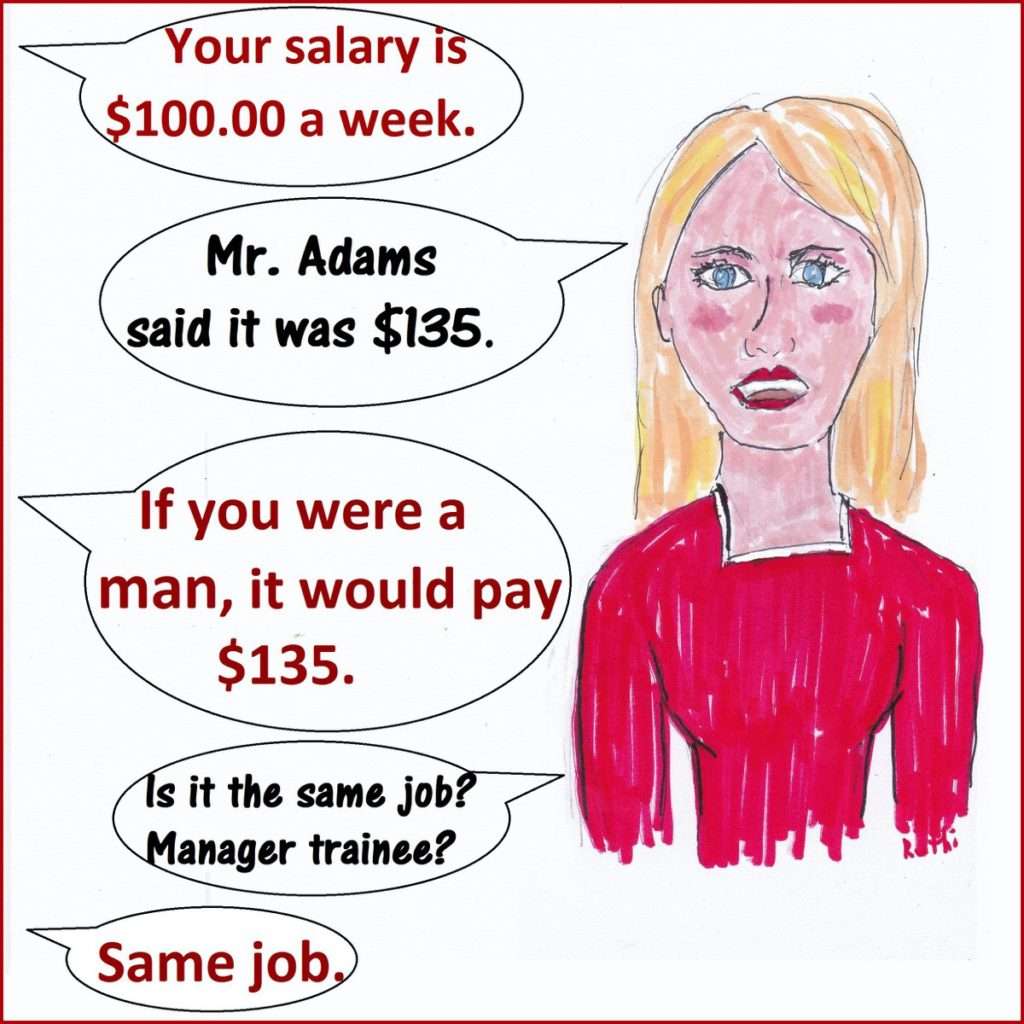 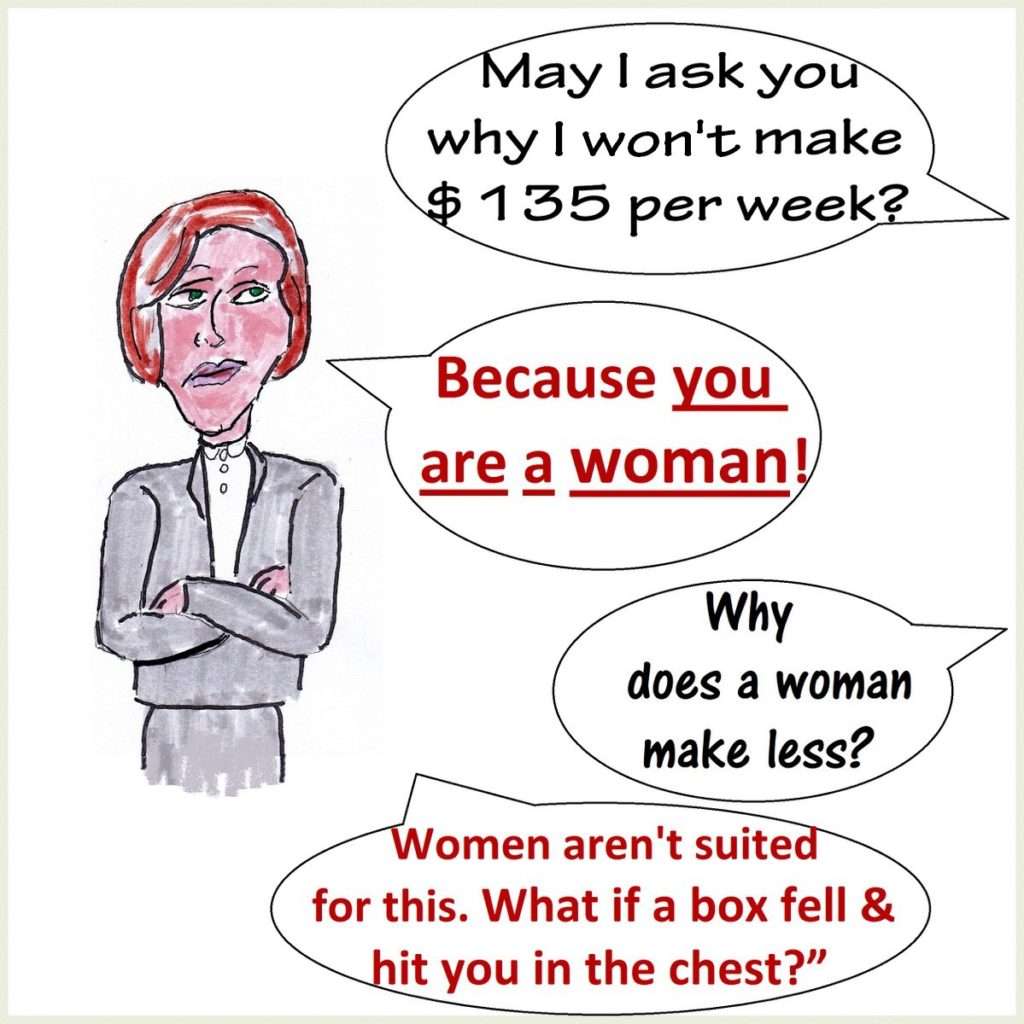 Didn’t men have anything just as vulnerable as my chest?

I did not start that Monday as a manager trainee. 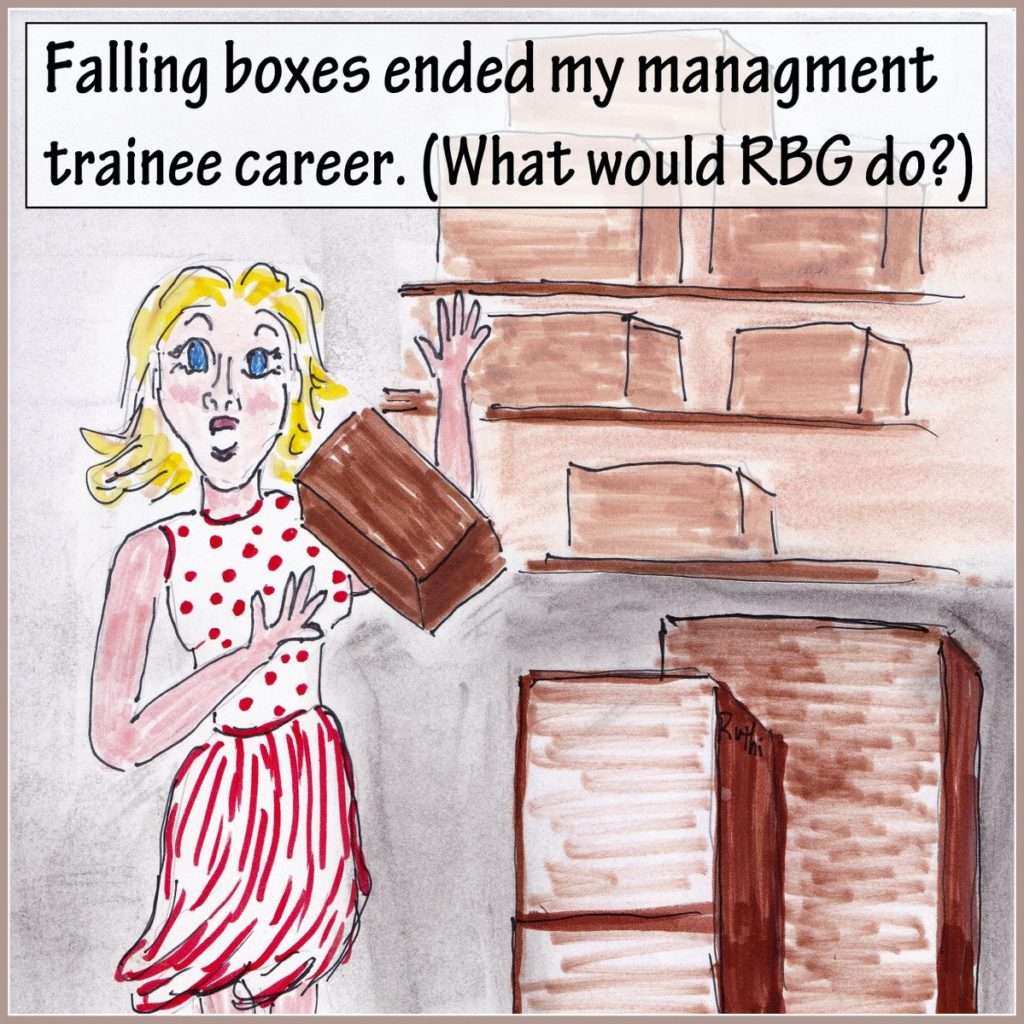 I was still determined to find a career in business which meant I had to overcome two facts I couldn’t change. 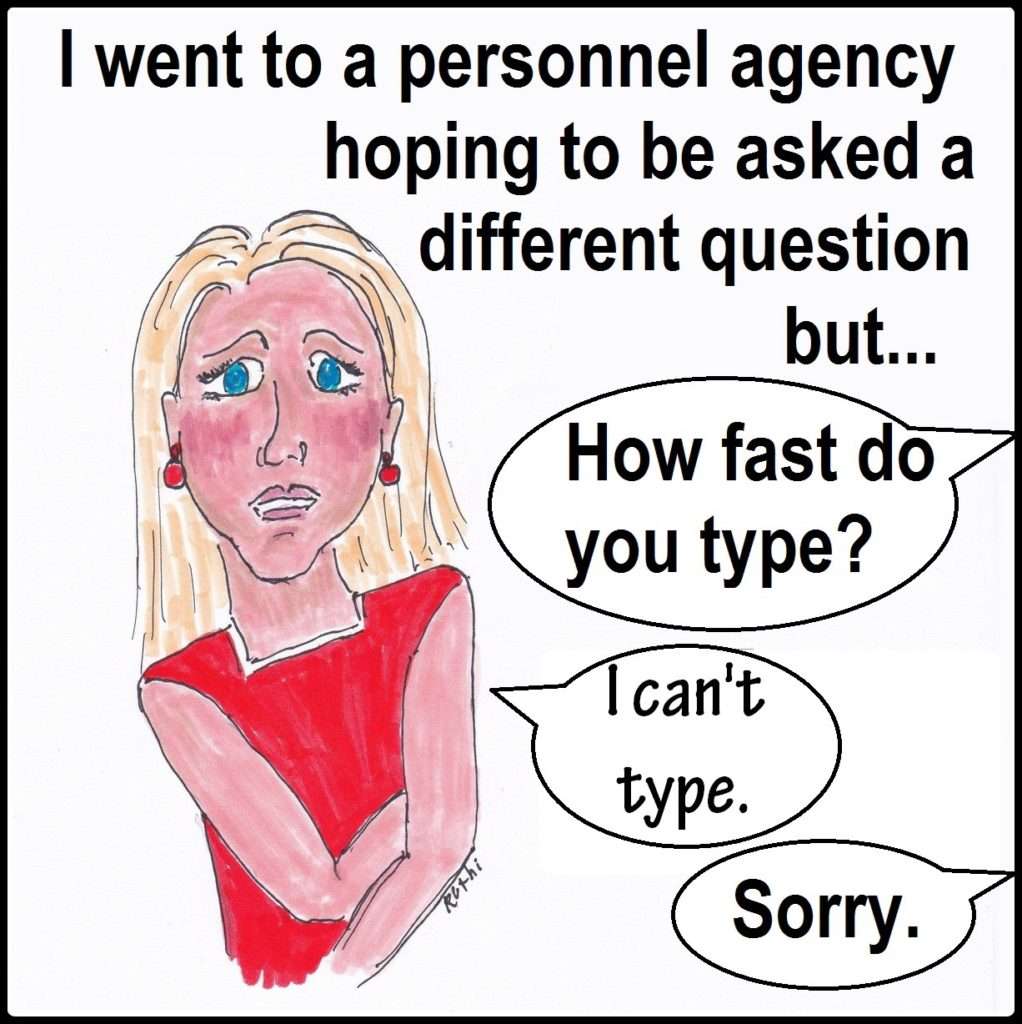 They couldn’t get me a job, but they gave me an idea – I could work there.

I looked around the agency. They were all women. Some were interviewing. Others were talking on the phone. I could do that!

The next day, I started my new job at the agency, and it was a great job! I got to talk to dozens of different people every day. I got to call employers, interview job seekers, and learn about all kinds of people.

Best of all, I got to work on commission! That meant the sky was the limit.

It was exhilarating. I was in the game!

Because there was another division in the company, the “professional division,” that was made up of men, and the men were expected to win. Not only win, but produce (and earn) seven times what the “girls” in the clerical division did. “We can’t compete with the men,” I was told. So, it was predetermined that every man in the company was more valuable than I, and should make more money.

Which brings me to Seabiscuit. 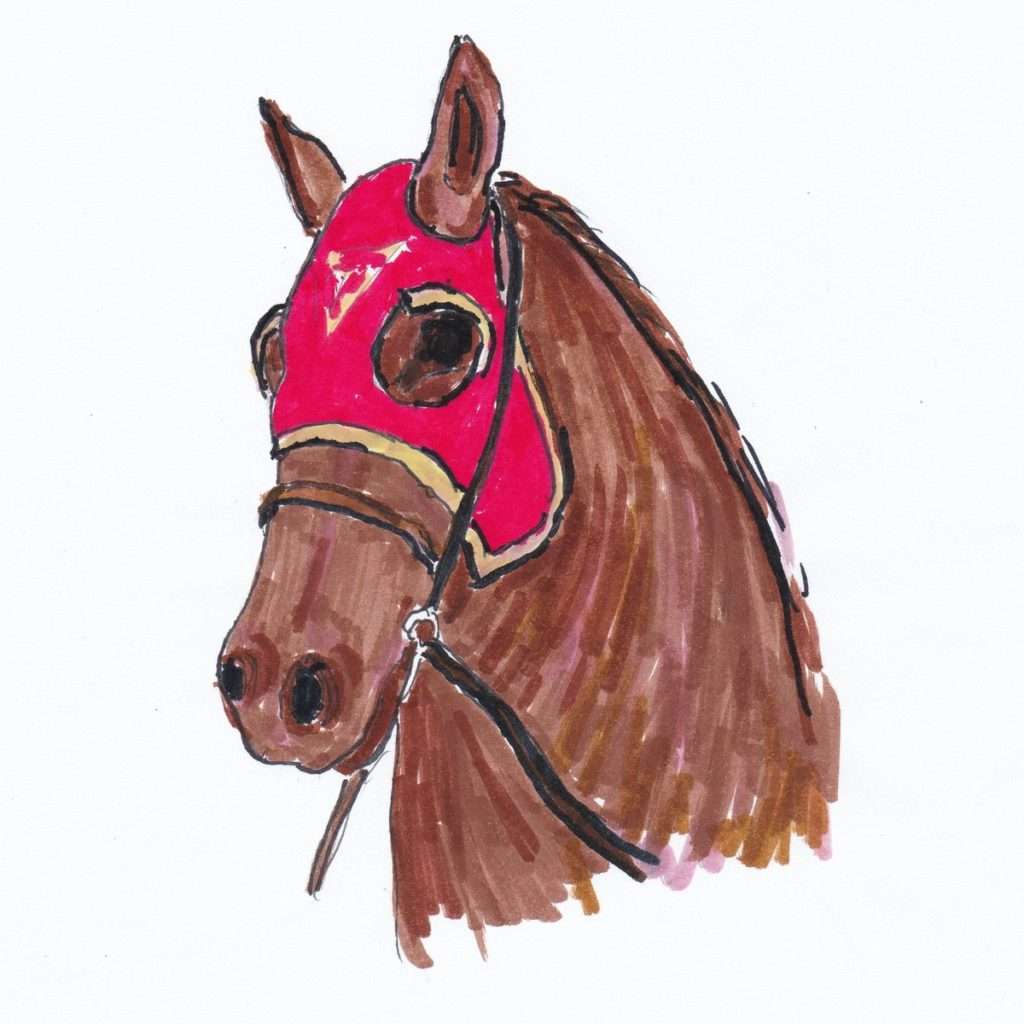 Seabiscuit was a movie about a horse who also ached to win, but he was forced to be a training partner, forced to lose to other horses.

I didn’t see the movie until years after I’d forced my way into the game. But even then, it brought back all the feelings I’d had. I felt Seabiscuit’s desperation as he strained to win. I felt his hopelessness! I sat in the theater, and cried till my shirt was wet and my face was a clown mask with mascara-painted triangles and a red nose. 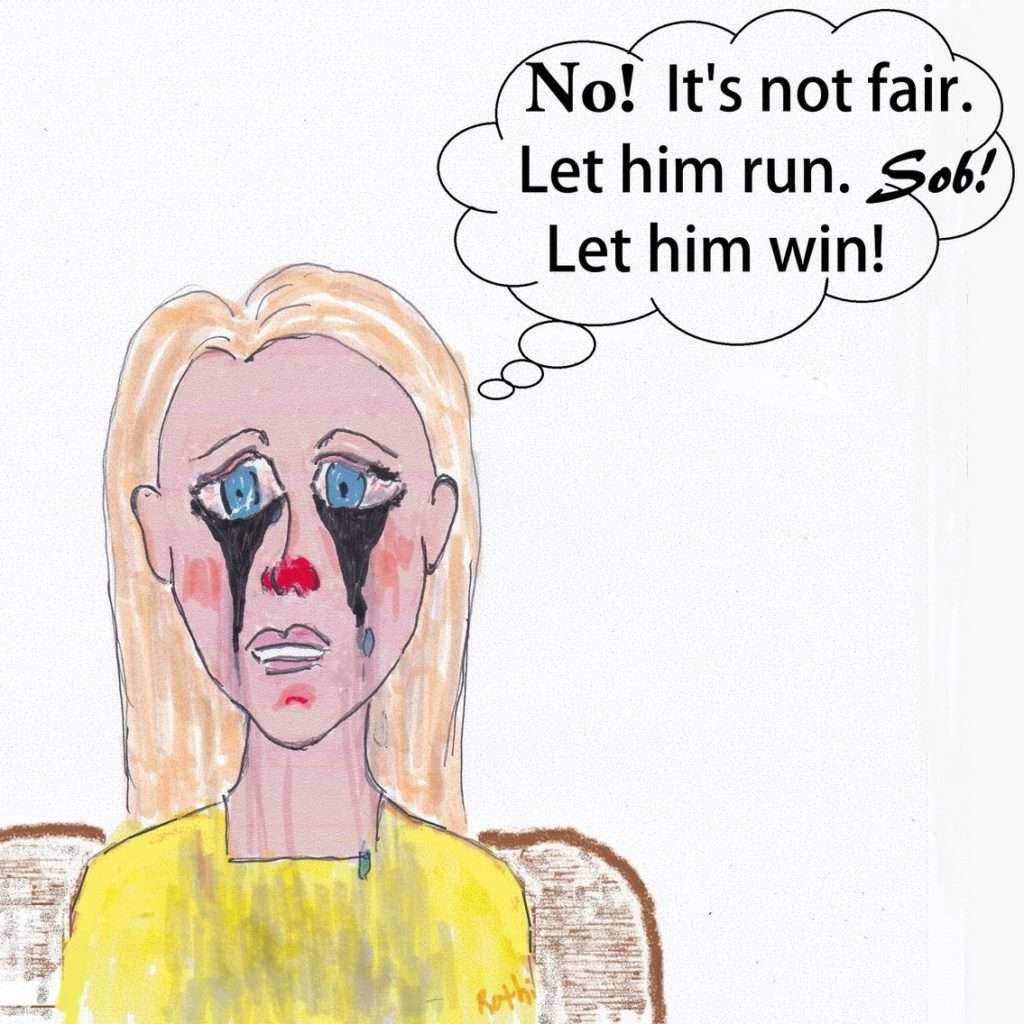 Seabiscuit had been forced to lose to make the other horses feel better about themselves.

When he was finally untethered, he didn’t just race. He won!

Did women have to lose to make men feel better about themselves?

Which brings me back to Me

I decided nobody could keep me out of the game! Business is a contest and winning is the only measure in a contest. To produce as much as a man, I’d have to fill 7.7 times as many jobs as he did. They’d have laughed if they knew I planned to compete with them, so I wouldn’t tell them. I had a plan.

It was simple. All I had to do was work longer and harder, make more sales calls, know my clients better, and fill more jobs that a man.

It took two years for me to out-produce the #1 man. The company executives found out they were wrong.

A woman had gotten into the men’s game, and won it.

June 19, 2018
WANT MORE RUTHI?
Subscribe to my newsletter!
Get latest updates and exclusive content straight to your email inbox.
Give it a try, you can unsubscribe anytime.