REREMEMBERING CHILDHOOD CHRISTMASES – WHAT WAS YOUR BEST GIFT?

With the rush of Christmas morning over, I sat back amid the colorful clutter of torn wrapping paper and ribbon and thought back to the wonder of my childhood Christmases.

At barely dawn, I’d wake up my parents so we could go into the magical scene I knew was in our living room. Lit by a rainbow of light from the tree, were the gifts and surprises Santa Claus had left for me. One gift came to my mind, the best gift I ever received as a child. I was twelve and standing by the tree was —

When I saw it there, tied with a big red bow, I stopped in my tracks. Was it really real? Then, I ran to it and almost hugged it. It was so beautiful, deep sparkly blue with shiny chrome handlebars. I thought about how I dragged that bike into every picture Mama took that Christmas.

But it was something I didn’t know that made the bike my best gift ever. My brand-new bike wasn’t new.

Daddy had rescued the bike from a junk pile, bought a new seat for it, hammered out the dents, and painted it to look like new. We didn’t have much money, but I didn’t know it because Mama and Daddy knew how to make magic with the money they had.

Christmastime was a season for wishing. That meant going through the Sears Christmas catalog — Grandma called it the wish book. I dog-eared pages and circled the hottest new toys, but as I remember, I usually got different toys that those I wished for. For example, when I was eight, I just had to have the Betsy Wetsy doll advertised on every kids’ TV show. She really ate, and cried real tears, and wet! And she came with a plastic bath tub so I could give her a bath. 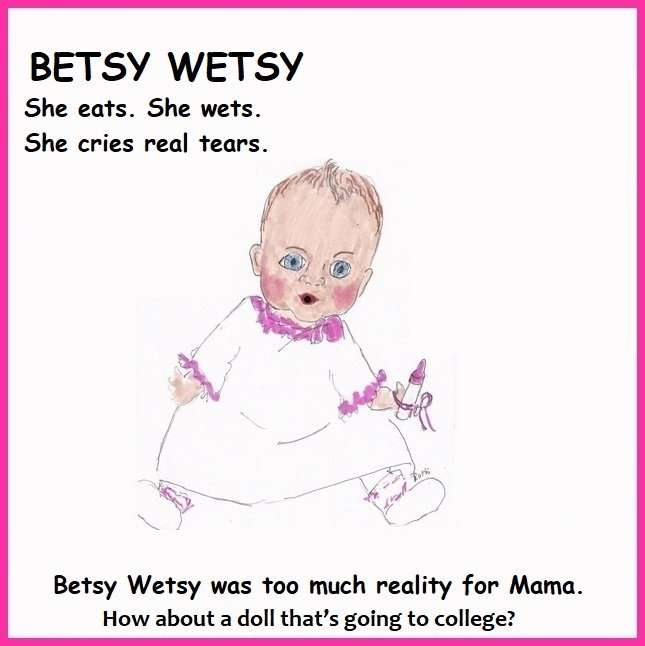 That was too much reality for Mama. “I’ll tell you right now. Santa’s not bringing you that doll. You’re not getting a toy you have to feed and clean.” Instead, I got something that has outlasted any doll. 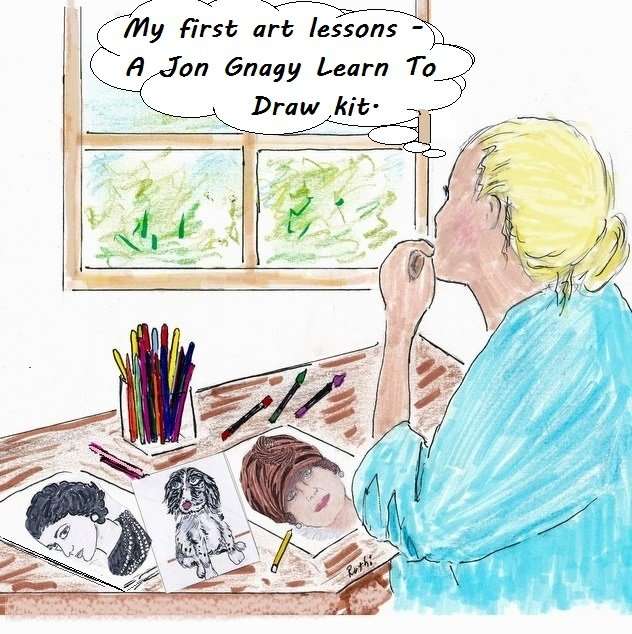 It was a box full of wonders for a child who loved to draw. It had real art paper, pencils, a kneaded eraser (I never learned how to  use), a sandpaper sharpener, and a book on how to draw everything from shapes — a covered bridge to a great Dane. The covered bridge was my masterpiece. Drawing became a pastime I’ve loved till this day.

What was the best gift you ever got as a child — one you still remember?

I asked my family and friends that question and learned my parents weren’t the only ones who made magic. 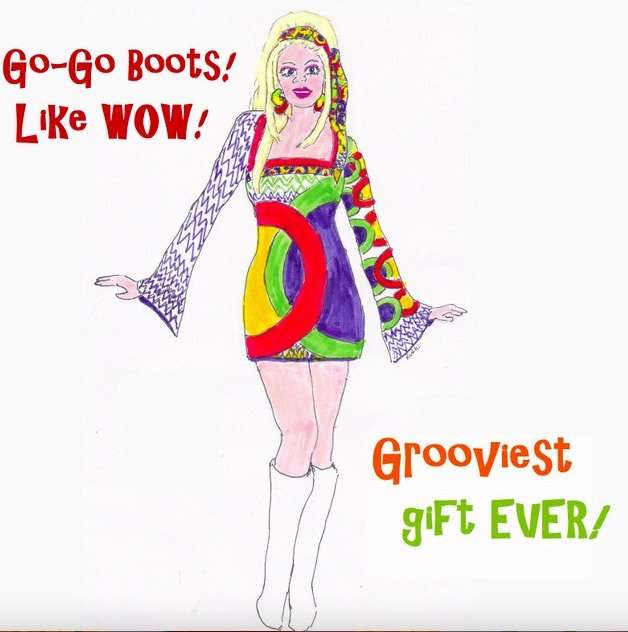 You know how every year, there’s always that one present all the kids want but that almost immediately sells out. It just can’t be found. That’s the one I always got.

I was sure my parents were witches or at least had some kind of mystical powers or maybe a link to Santa’s elves because they were always able to confound all the other parents and get that game or special toy for me.

Then came the Christmas of the go-go boots. I was afraid their powers wouldn’t be enough, because I saw on the news two dads fighting over the last pair in the State. But my folks’ magic prevailed. I was the only girl on my block to have white vinyl go-go boots.

It was fun to punch old roly-poly Humphrey Pennyworth and knock him for a loop, even when he bounced back to bop me on my head. But what made him important and memorable was that he came out of the funny papers that my dad and I read together every Sunday. Humphrey was one small part of the best moments of my life. 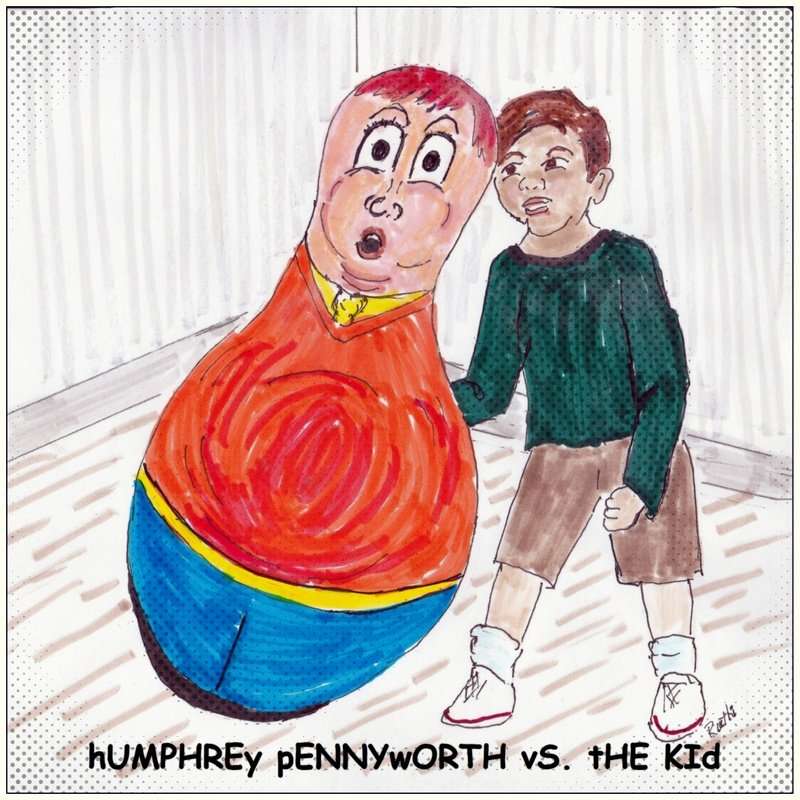 When I was ten years old, we lived in Honolulu — not exactly the picture-book setting for Christmas. But our Daddy fixed that for us.

A few days before Christmas, he brought home wooden orange crates, nailed them together, and covered them with paper printed like red bricks. Then he added logs and paper fire. A fireplace in Hawaii? Unimaginable, in the 40s. Christmas eve, we thumbtacked our stockings over the artificial fire, and Christmas morning came down to find gifts from Santa surrounding it. Dad made us a picture-book Christmas. 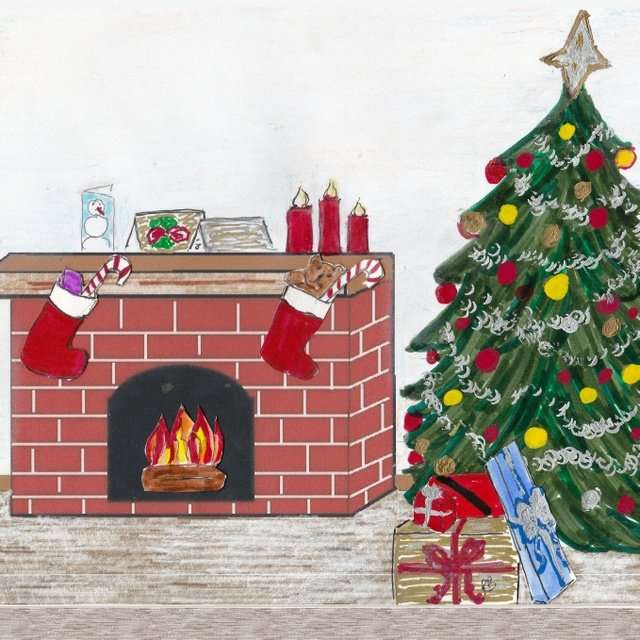 My best gift ever? Hmmm – excellent question. I think the best gift for me was not-a-gift – it was an empty box, a carton from the new fridge that my folks gifted each other. MY brother Michael and I played with it for weeks, if not months. It was a fort, a hide-out, a whatever-we-wanted it to be. It taught me material gifts are not as important as things that allow a child to use her imagination. 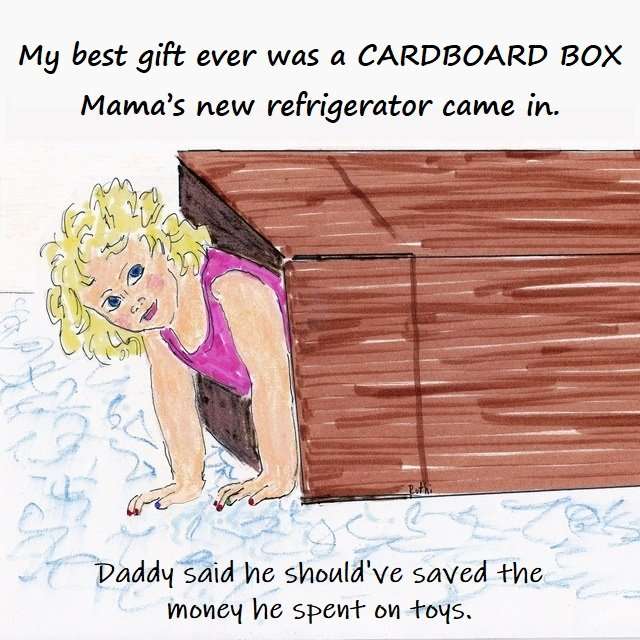 My favorite gift was a Ghostbusters gun. I put on the proton backpack, turned a handle and a foot-long foam came out to grab whatever “ectoplasm” creature was in the room. Coolest ever! 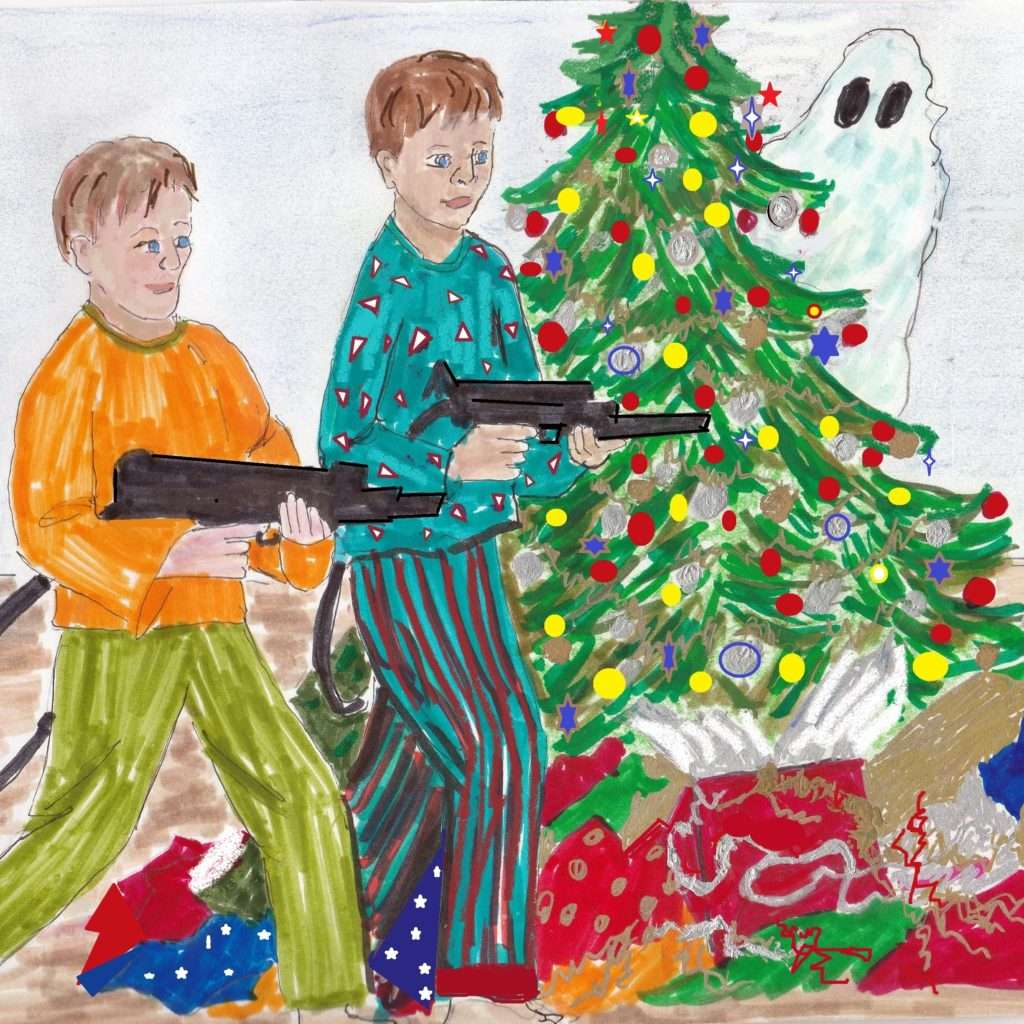 Another gift from the wish-book —

When I was eight, Chatty Cathy was the hot toy. She was the first doll that actually talked. In the Sears toy department, I pulled her string and she said, “I love you.” She was all I wanted.

But, “That’s not a doll. It’s just a gadget,” said Daddy. “It won’t last a week before the string breaks and it’s no good anymore.” (I wonder how many future engineers took the doll apart to learn how it worked.)

In retrospect, I think I’d have been disappointed in her.  Cathy was way too bossy and whiny.

Instead of a bossy baby doll, I got Fluffy, who came with a business dress, a fake mink coat, and muff. Fluffy didn’t talk or wet, but she was headed for New York City where she would meet fabulous people and have an exciting career (I made that part up).

What was the best gift you ever got as a child?

January 11, 2021
WANT MORE RUTHI?
Subscribe to my newsletter!
Get latest updates and exclusive content straight to your email inbox.
Give it a try, you can unsubscribe anytime.