Once There Was A Street Wild with Color

Once there was a street wild with color where people painted pictures with language. I grew up there, squishing my toes in the red-clay street that ran between rows of mustard-colored mill houses. In the summer, a wild patchwork of purple bachelor’s buttons, hollyhocks, and irises overran the front yard of Mrs. Summerall’s house and a tangle of sweet pea climbed up the tall sunflowers that grew down by the ditch. Even the old rusted-out red pickup splotched with green Rust-Oleum paint that sat in Mr. Farley’s yard had pink and yellow four o’clocks peeking out from around the tires.

Color spilled over from the street to fill the conversations of the old people who spoke an image-filled language peppered with sayings that were even older than the oldest person there. They painted bright pictures in my mind of places, people, and animals – chickens, ducks, geese, hogs, even snakes taught lessons. 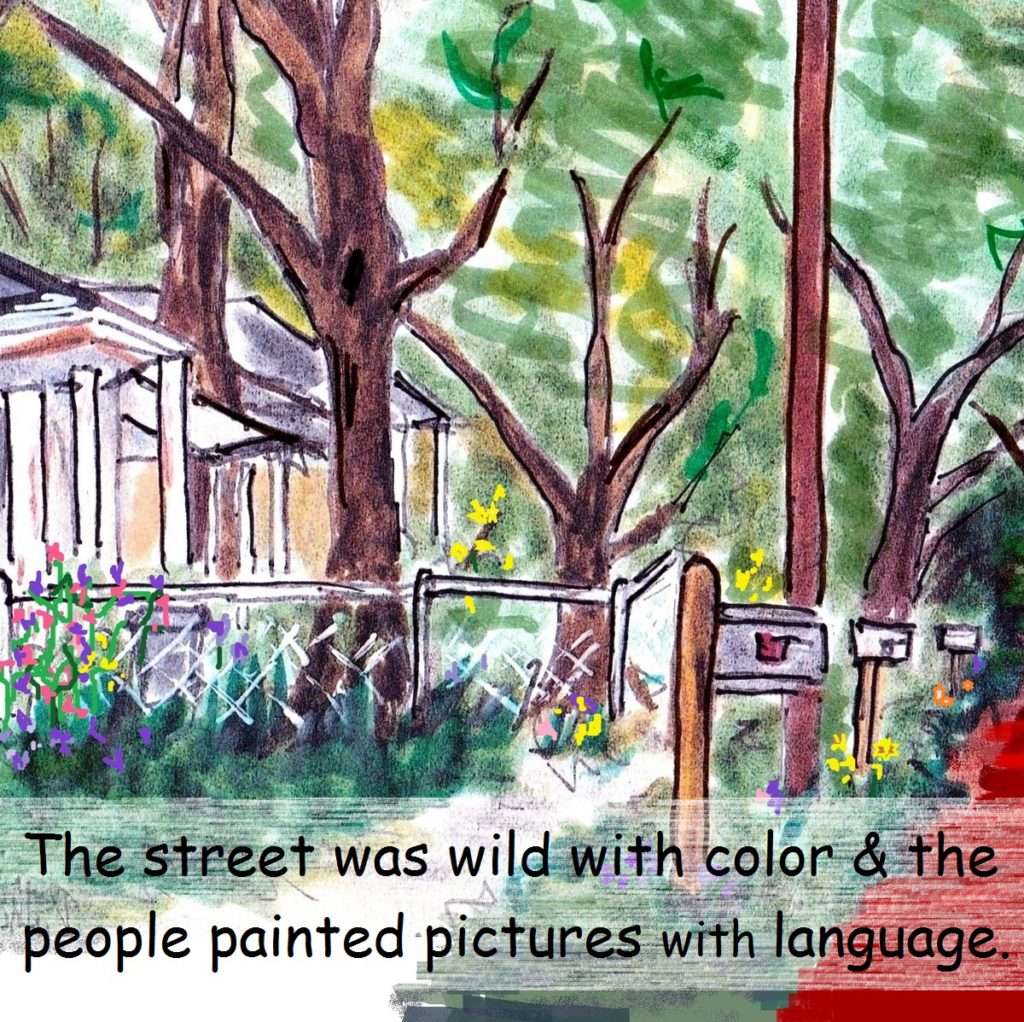 When Grandma said, “Sunny runs around like a chicken with his head cut off,” I could see my ne’er-do-well distant cousin running around the yard, as our rooster, Old Thomas, had after Daddy rang his neck. We all watched as the bird flapped and squawked and ran amok, carrying the galvanized bucket Daddy had put over him all around the yard.

When Mr. Green tried to pass off an old carburetor as new for Daddy’s car, he said Mr. Green was, “crookeder than a barrel full of snakes.” 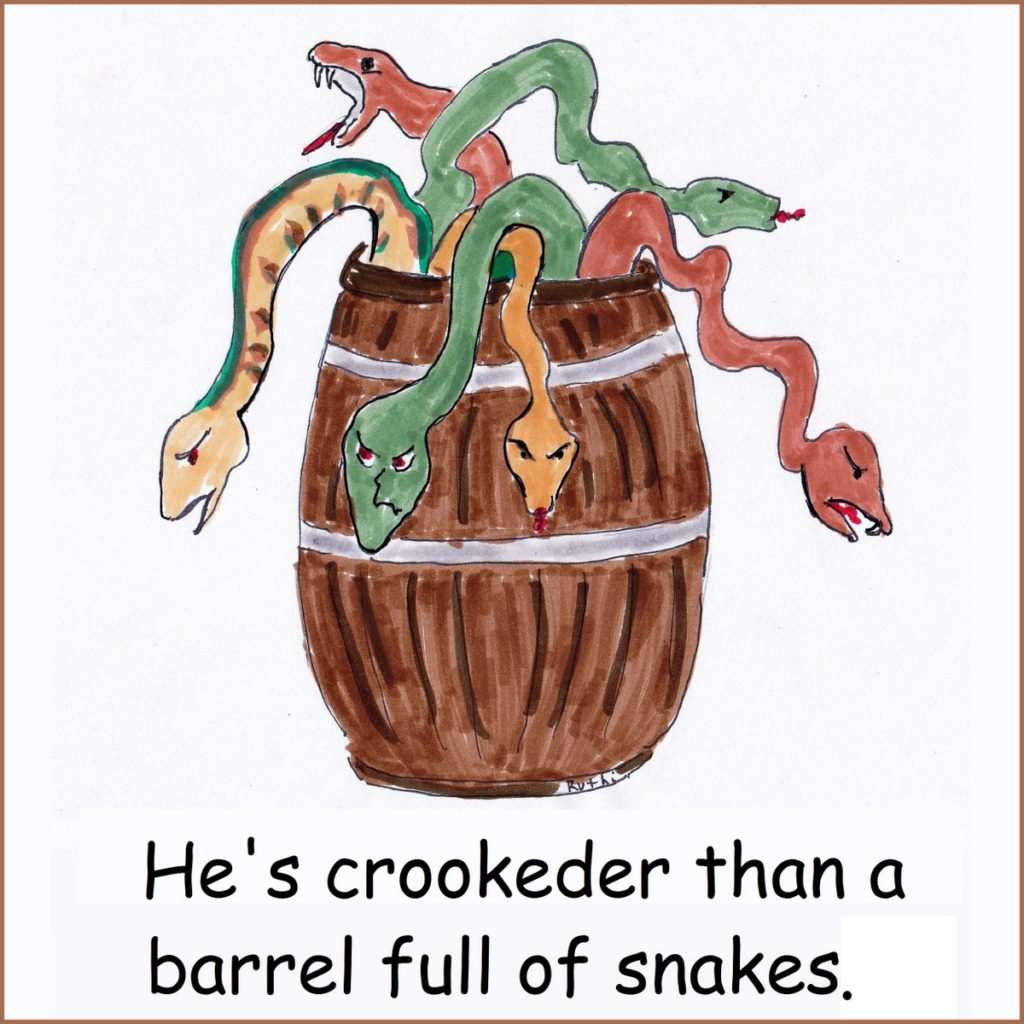 “Dealing with Green is like wrestling a greased pig.” Just when you think you have a deal, he wriggles out of it.” Another time Daddy said, “Honest words in Green’s mouth are scarcer than hen’s teeth.” 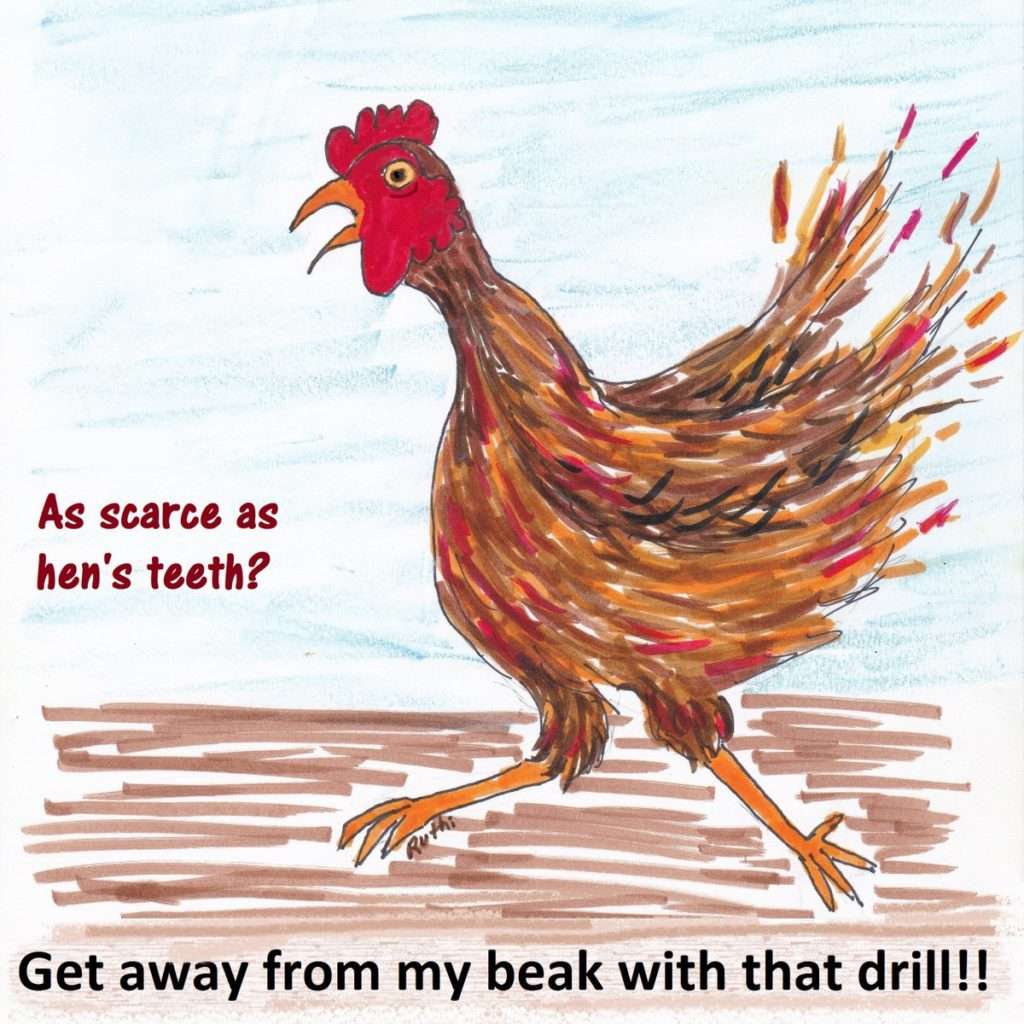 Another neighbor didn’t have the sense God gave a goose. 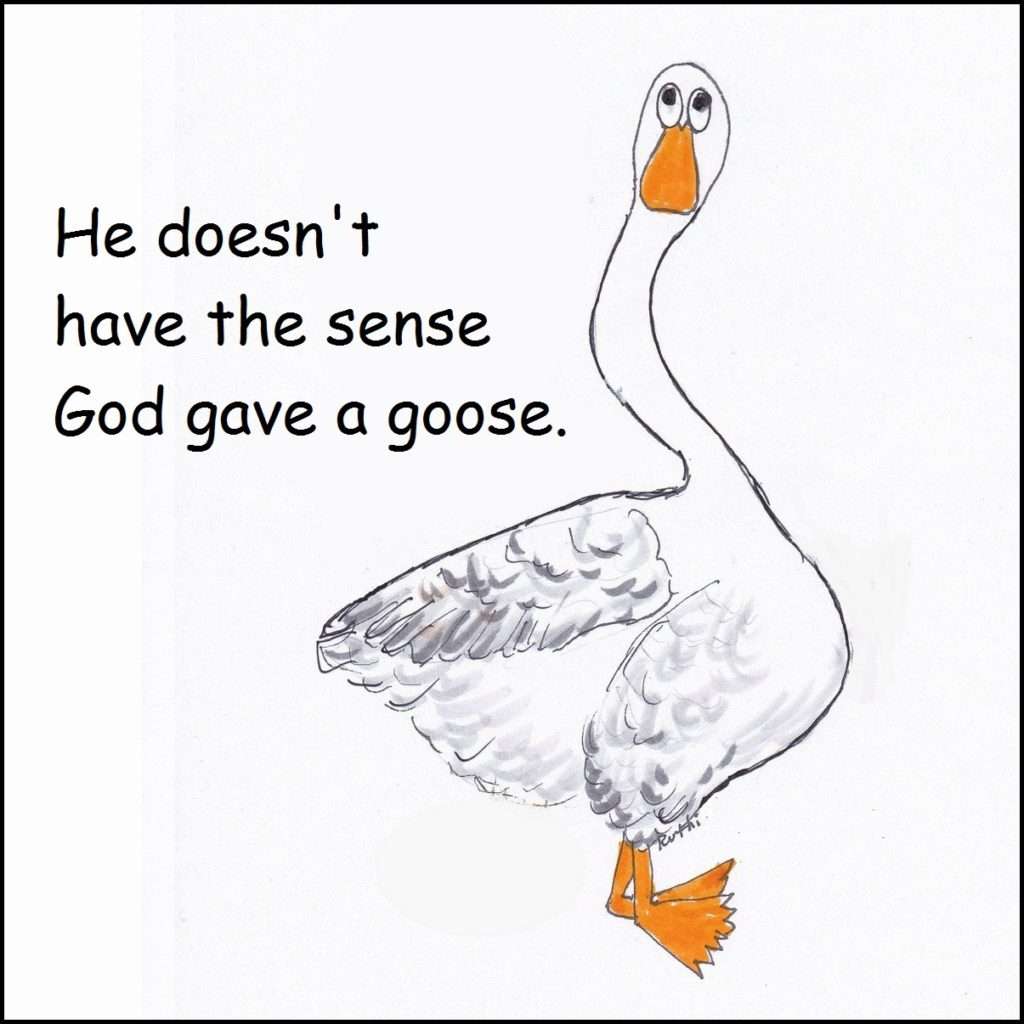 When Grandma and Mrs. Carpenter sat in the porch swing talking about our neighbors, I listened and fresh images came into my mind. “Bert came home drunk as a skunk Saturday night, and Suzie was, mad a wet hen.” But Grandma sympathized that, “Bert might have to liquor-up to live with Suzie. She’s meaner than a snake when things don’t go her way. She nags the poor man from sun-up till the cows come home.”

I pictured Bert, worn out, hurrying the cows along so they’d get home and she’d stop being mean to him. 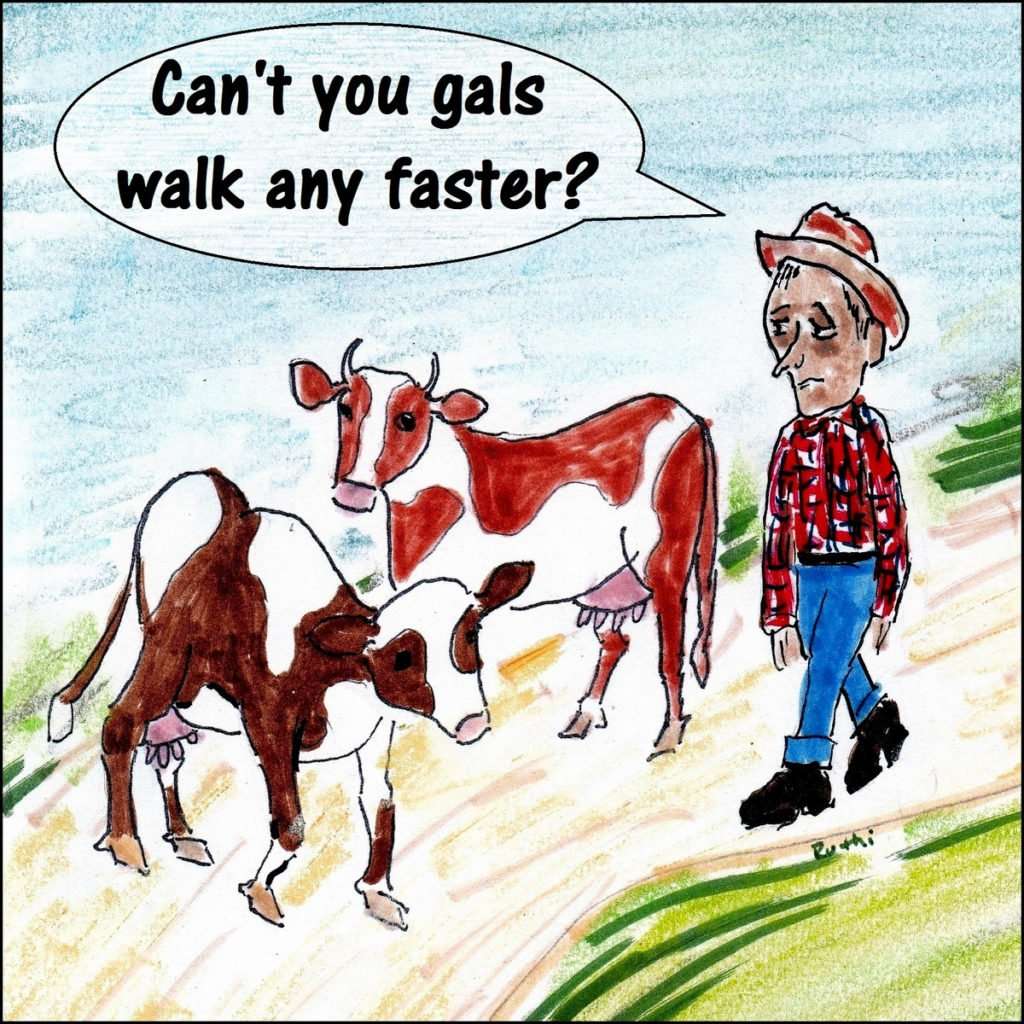 When Mrs. Kilgore brought her new baby to church, everybody oohed and ahhed over him. Daddy said, “He cuter than a speckled pup.”

I looked at the wiggling baby. He was flabby, bald, and puffy-eyed, and his face was all slimy-wet from drool that bubbled out of his mouth and onto his blanket. I knew Daddy was just trying to be nice. I’d seen some really cute speckled puppies and no way was this baby even almost as cute. 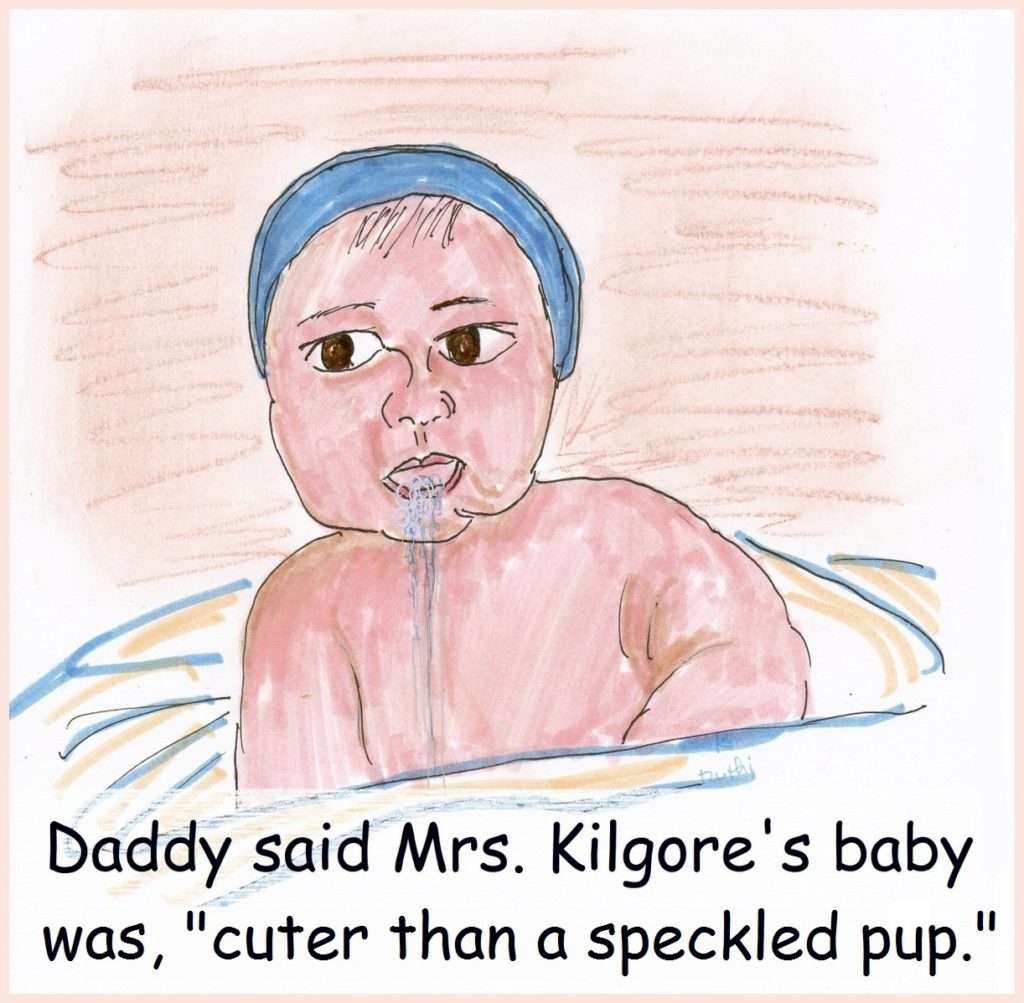 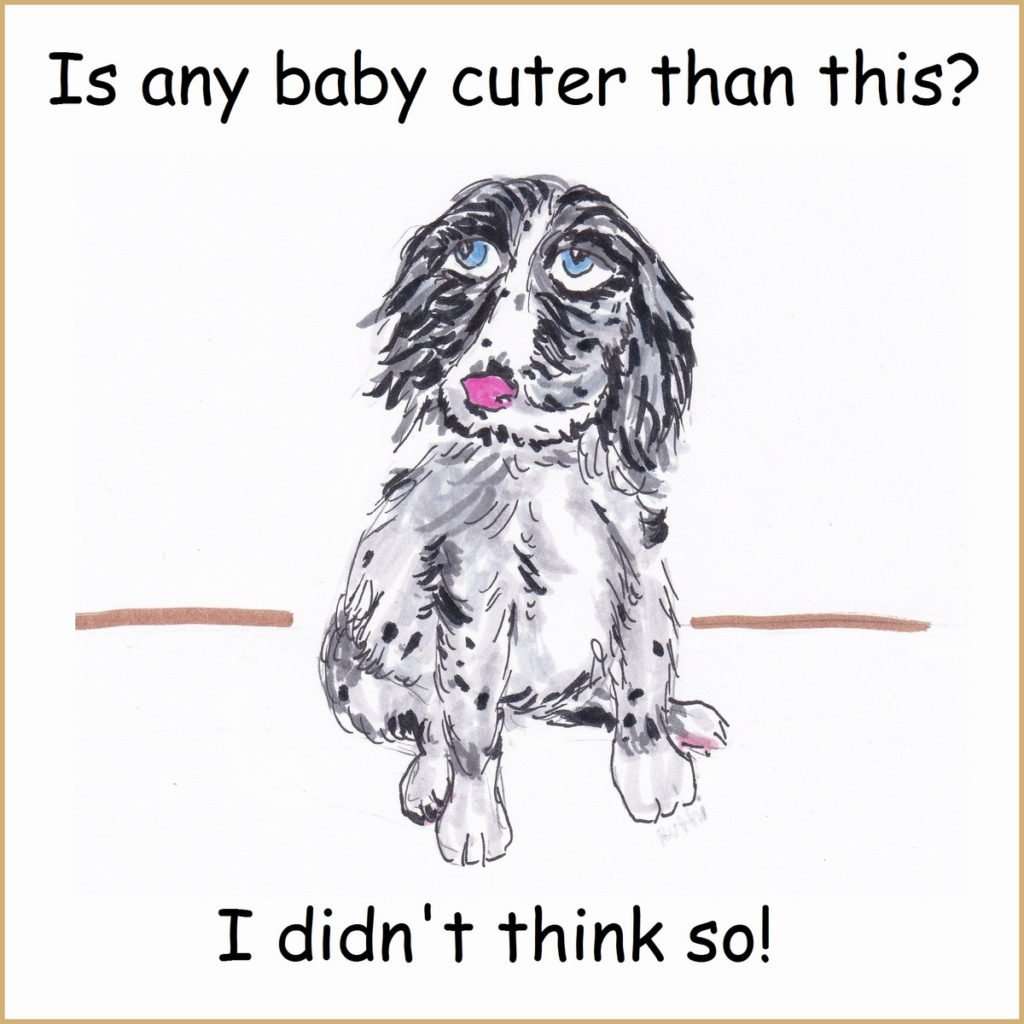 The Armstrongs were one of the poorest families on the street, so everybody was happy for them when the oldest daughter married a man who owned three gas stations. Now, they thought, “she can have anything she wants because she’s in high cotton!” 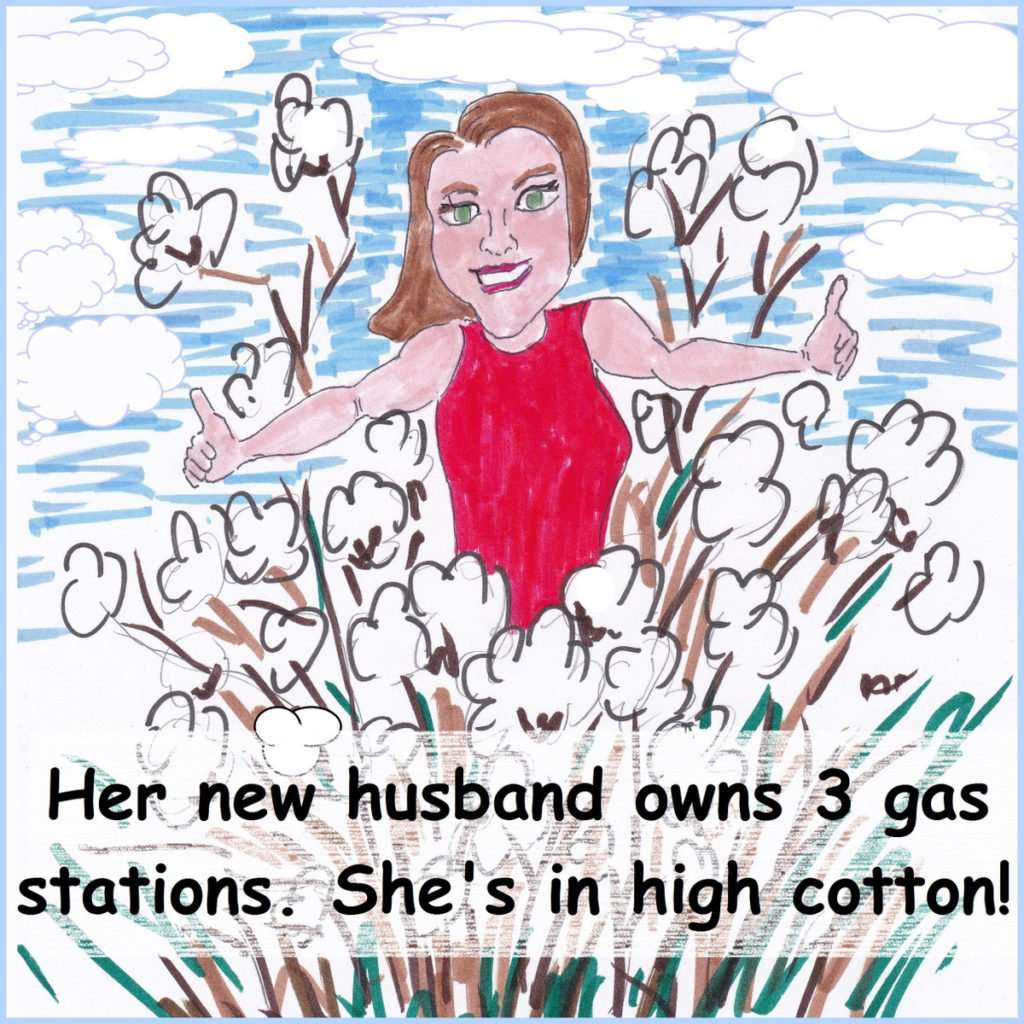 I didn’t like Mrs. Anderson. She’d get all riled up about every little thing. When we drew chalk squares on the sidewalk to play hopscotch, she yelled at us. Grandma said not to pay her any mind, because she loved brewing up a tempest in a teapot. 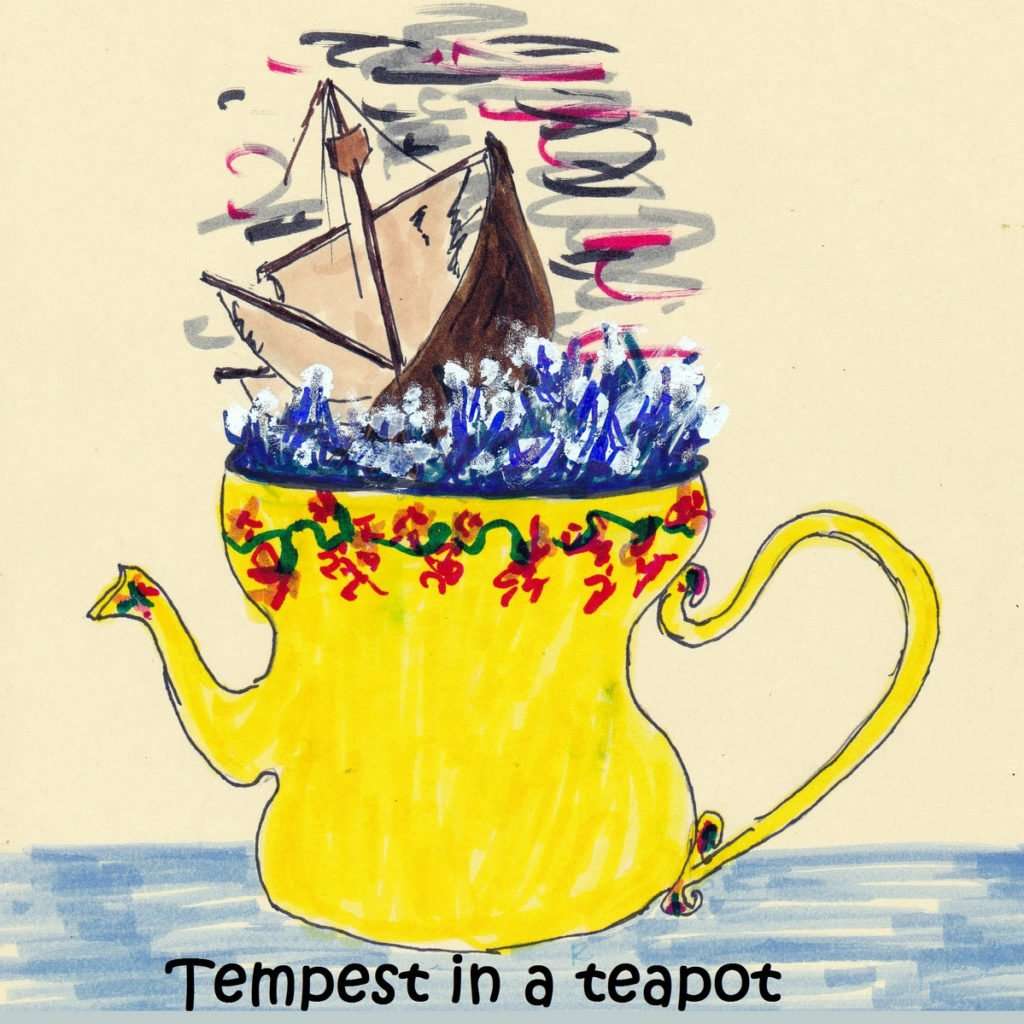 Two of my favorite sayings from Petain Street teach two sides of a coin. Daddy said to you had to be prepared for any emergency so you wouldn’t, “get caught with your pants down.” 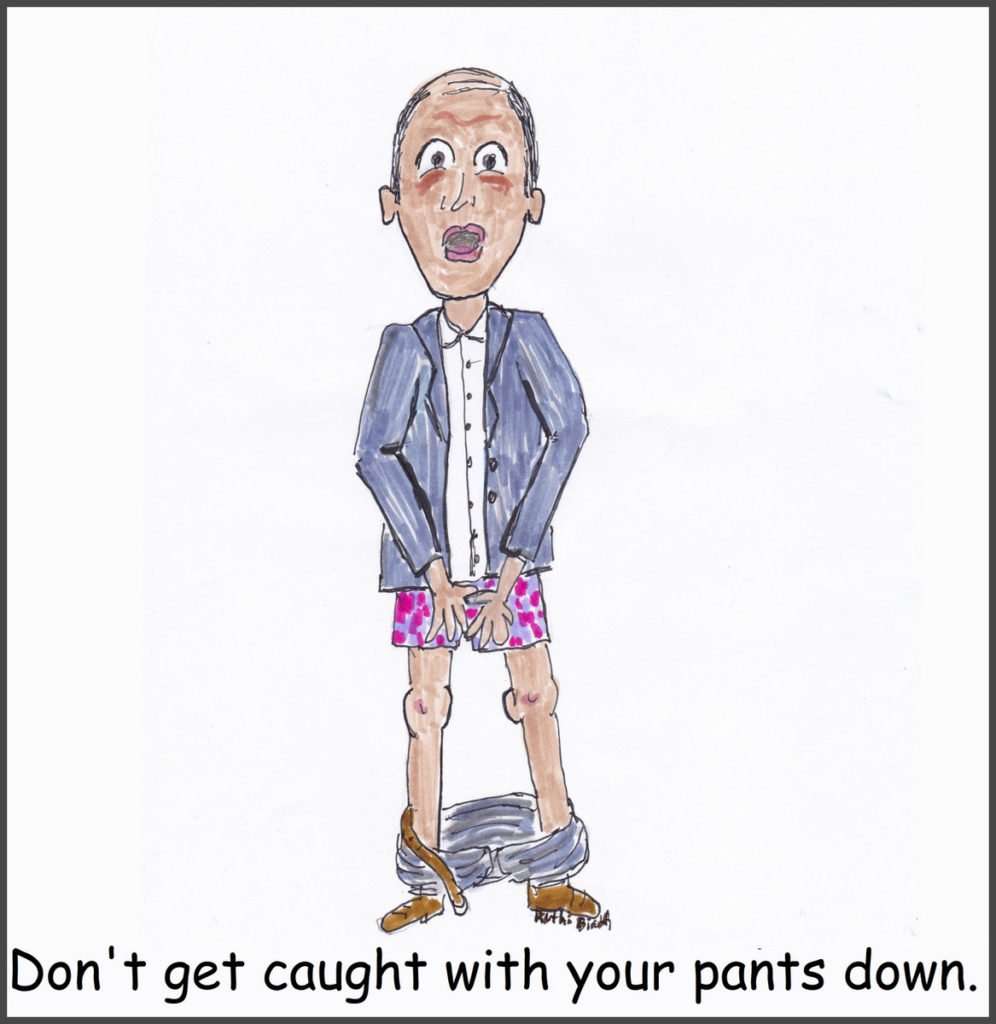 But folks should think about what they’re doing before scrapping plans when problems came up. If they jumped too soon, without considering the implications, they might throw out the baby with the bathwater. 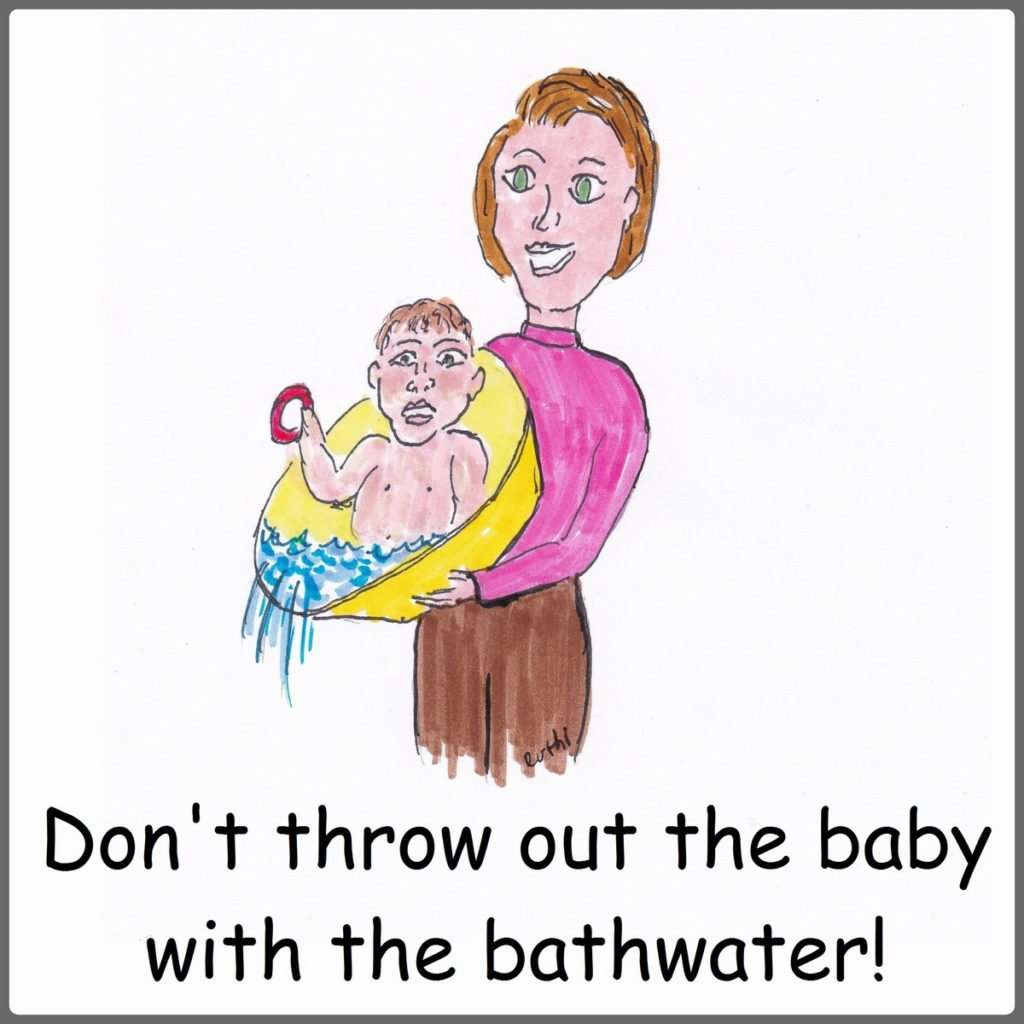 There were times when Daddy was clear on the right answer and didn’t stand for any argument. “That’s it!” he said, “There are no if’s, ands, or buts about it.”

All debate was over when he said,

October 2, 2018
WANT MORE RUTHI?
Subscribe to my newsletter!
Get latest updates and exclusive content straight to your email inbox.
Give it a try, you can unsubscribe anytime.