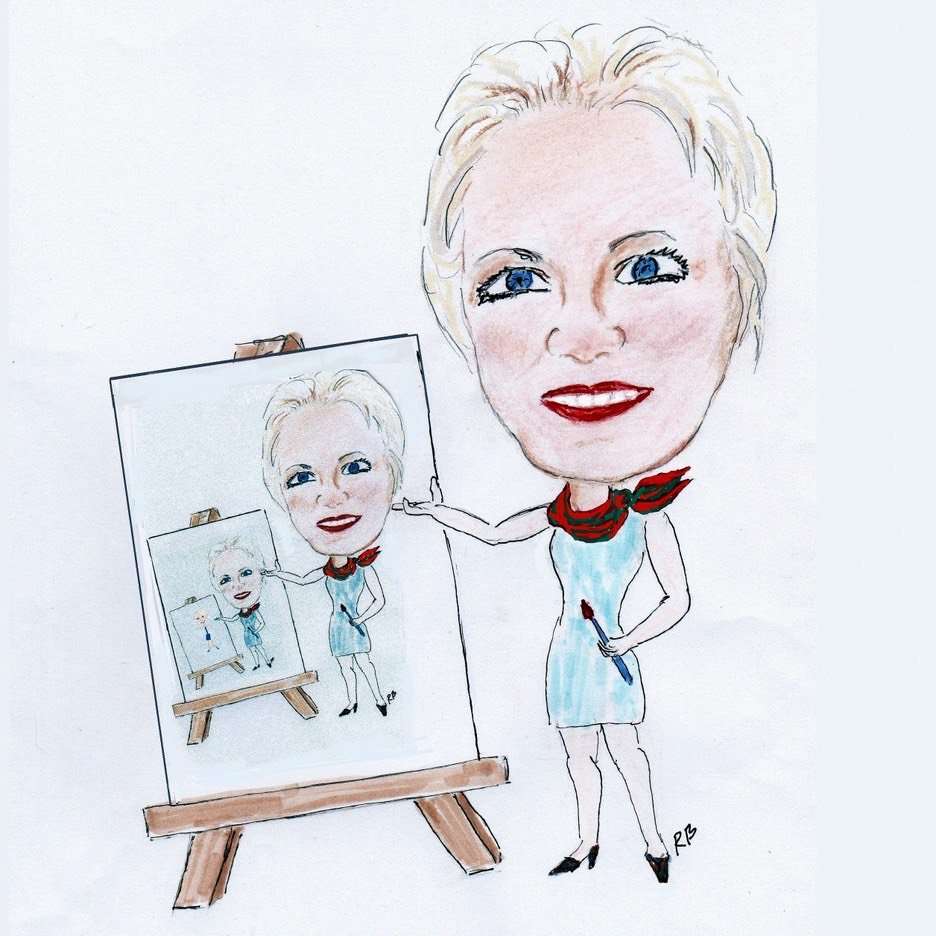 My story starts in a creaky old mill house at 13 East Petain Street, a South Alabama neighborhood that straddled the poverty line.

It was a place that fueled stories.

Be sure to check out my book, How To Build a Piano Bench: Lessons for Success From a Red Dirt Road in Alabama

PETAIN STREET WAS LOADED WITH COLOR, DRAMA, AND COMEDY

If you had driven down the street back then, the first thing you’d have noticed would have been the color. The street was paved with Alabama red clay. Mama hated that clay. If it was raining, you’d dig ruts in it and maybe get stuck.

If it was dry, you’d better roll up your windows or you’d be swimming in the thick red dust that your tires sent flying.

I heard some of my earliest cussings because of that red clay. 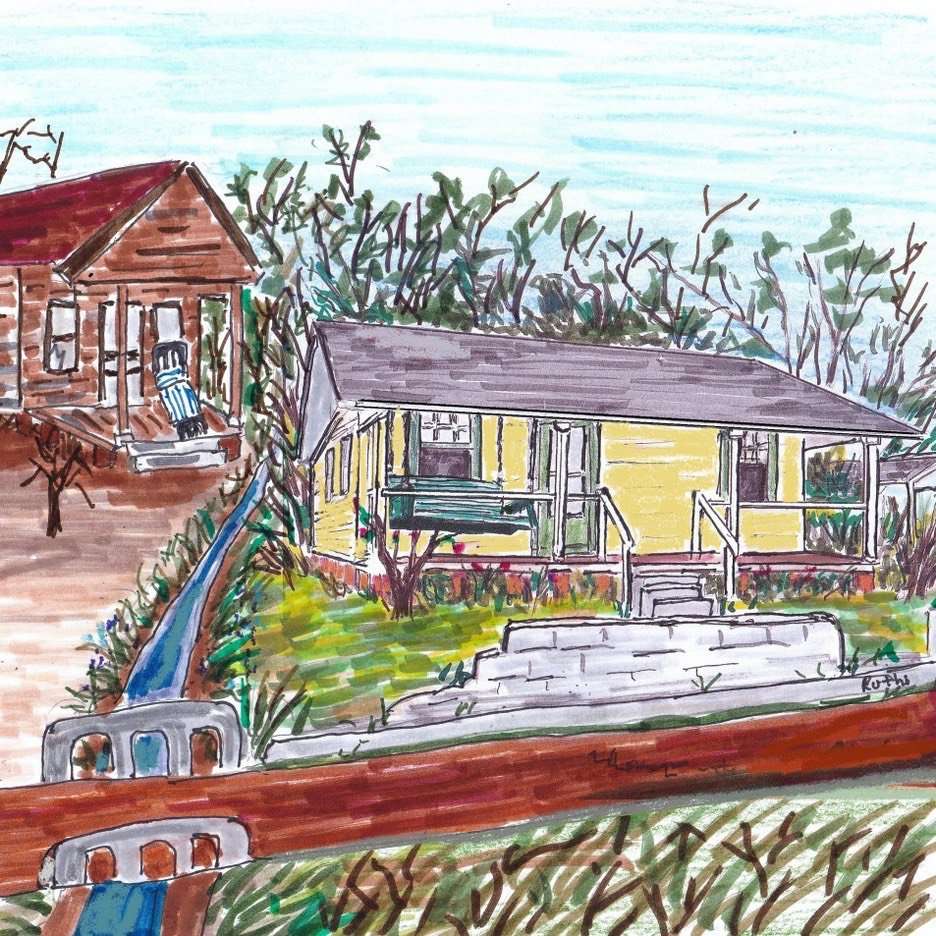 When the dust died down you’d have seen clay-stained mustard-colored or white houses lining the street. And every one of the tired-looking houses had a rocking chair or a swing on the front porch.

Maybe you’d have wondered who sat in those rockers. I'll tell you. They were people whose stories helped build my collection.

Some people talk in bullet points. Mama and Daddy talked in stories. They answered questions in stories. By the time I was grown, I had a whole book in my head filled with stories about Daddy on the river, running tugboats, and Mama growing up without a mother on Granddaddy Richards’ tobacco farm. 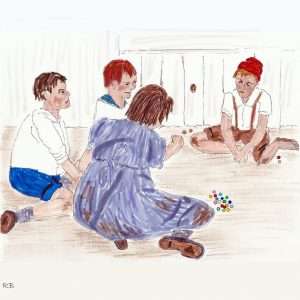 Mama never let anybody tell her she couldn’t. She did everything she set her mind to.

When she was a kid, the boys told her girls couldn’t play marbles. It was as good as a dare to Mama. She wheedled them till they gave in and let her play, then she beat them out of all their marbles.

THE BEST PLAYMATE I EVER HAD

That was Grandma.  She could turn anything into a game, even washing the cracked linoleum floor — but that only worked once.

Sometimes, when she was tired and wanted me to settle down, she’d take out her button basket, a needle, and thread, and say, “Here. See how many buttons you can string and I'll tell you about the time ….” While I made what I thought was a gorgeous string of the many-colored buttons, Grandma told me about her life and her kinfolks.

Once she told me about her cousin who sailed the ocean to places where the people didn’t even wear clothes! It was true. Grandma had a picture!

THE PEOPLE ON PETAIN STREET SPOKE IN PICTURES 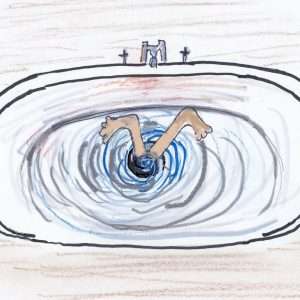 I not only could hear their stories, but I could also see them — and draw them.

Harley’s so nasty,” said Daddy, “that if  Berthel ever wants to kill him, all she’ll have to do is wash him. Dirt, sweat, and tobacco spit are all that’s holding the man together. Wash them off and he’d go right down the drain with the water – dirt, grease, spit, and all!”

I went straight away and drew Uncle Harley circling the drain. [READ MORE OF THE STORY HERE]

STORIES FROM A CHINABERRY TREE 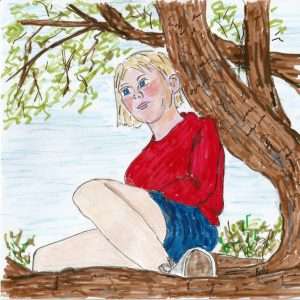 I made up my first stories sitting in the chinaberry tree in our backyard. They were mostly daydreams that carried me away to star in a play in New York City or ride with the Rangers and chase outlaws in the wild west.

Granddaddy Richards lived on a farm and had chickens and pigs and a cow named Popeye. I made up a barnyard that looked like his, but my animals talked, danced, sang, and argued with each other. There was a vain blue rooster named Blue Tommie Joe and a wily gander named Hank, who was always tricking Blue out of his corn.

A STORYTELLER ON EVERY FRONT PORCH

Most any day I could find some neighbor sitting on the front porch. I was free to go up and down Petain Street to visit them. It was okay because Petain Street was a place where everybody knew everybody and watched out for each other. 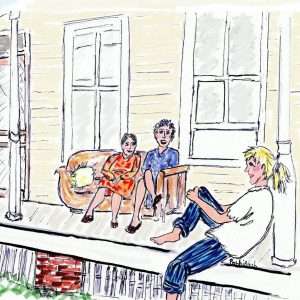 Most of the neighbors were very old — old enough and poor enough and had seen enough hardship to see the funny side of problems and appreciate any little blessings.

I spent hours sitting on rickety front porches, while they told stories of their lives — and their views on sinners, whiskey drinkers, and the neighbors.

I learned most everybody had a funny thing to say, a quirky point of view, or a good story — even if they didn’t look as though their lives would be all that interesting.

I WAS GIVEN ONE GOAL — AMOUNT TO SOMETHING

From as far back as I can remember, Daddy was always telling me, “You’re going to get off Petain Street. You’ll get your education. You’re going to amount to something.”

I got my education. I graduated from the University of Georgia. Then, I was lost. Daddy had never told me what I would amount to. For the first time in my life, I didn’t have a goal.

I taught middle school in Georgia for two years. But I knew teaching wasn’t what I was meant to do.

WHO WAS I?  A PEOPLE WATCHER, A LISTENER, AND A STORYTELLER.

I didn’t know of a job that fit those skills. I tried art school, but I learned I wasn’t Picasso, and I didn’t like living in a garret, so I went searching. 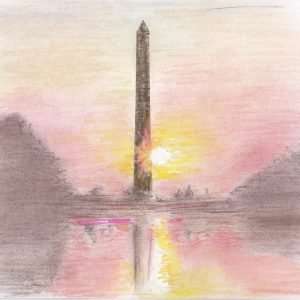 I moved to Washington D.C.

I managed to get some interviews, but with awful results. I was a clueless college grad with no idea about the business world. 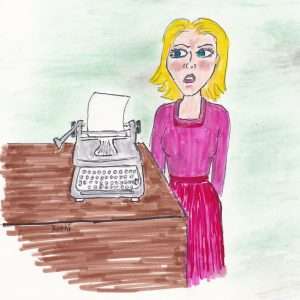 STUMBLING INTO A CAREER — AT LAST

At last, I stumbled into a career that was tailored for a people-watching storyteller. It was in a personnel agency (now called a staffing company). I hadn’t planned it. I didn’t hadn’t even know what it was.

All I had to do was call employers, talk them into using our staffing service to hire, then interview candidates for their jobs. That was it! I finally knew what I was meant to do.

THE MOST FUN I COULD HAVE WHILE GETTING PAID FOR IT 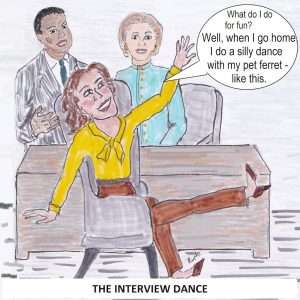 Every day I got to talk to people — employers and job seekers. Hilarious things can happen in the office, especially when people are interviewed for jobs, and I was right there in the middle of them.

Some of the stories were funny, some sad, and some just plain adorable, like the first-time job seeker whose granny’s advice for her interview was, “If you want that job, claim it in the name of Jesus.” That’s just what she did.

MY STORIES BECAME A BOOK 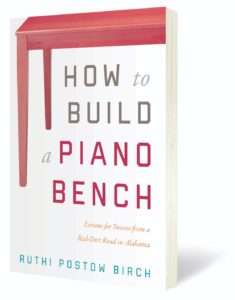 In 2017, I gathered my stories and shared them in my book, How To Build a Piano Bench: Lessons for Success From a Red Dirt Road in Alabama. 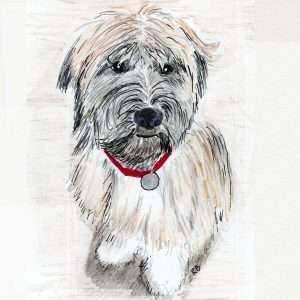 These days, along with blogging my stories, I'm finishing a historical novel that chronicles the life of a spirited and unusually interesting girl who grows up, falls in love, marries, and after she discovers her husband has been unfaithful, is provoked to unlock capabilities she had long suppressed. 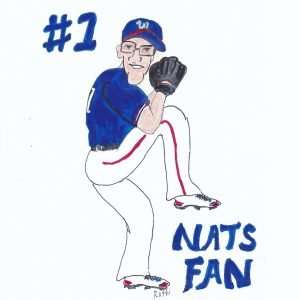 I live in Old Town Alexandria, Virginia with my husband, Ron, a lawyer, judge, and #1 Nats fan, our soft-coated Wheaten terrier, Mackie, and a family of chimney swifts that have been returning to our house every summer for over two hundred years.

WANT MORE RUTHI?
Subscribe to my newsletter!
Get latest updates and exclusive content straight to your email inbox.
Give it a try, you can unsubscribe anytime.