Lorraine Was a Cat, a Dancing Cat, as Showy as a Movie Musical

My grandmother and I lived with my parents in an old mill house on Petain Street, a street where the houses were worn, and almost every person was old – at least older than I was. Most were as old as Grandma, and they spent afternoons sitting on each other’s porches having lemonade or sweet tea and gossiping. 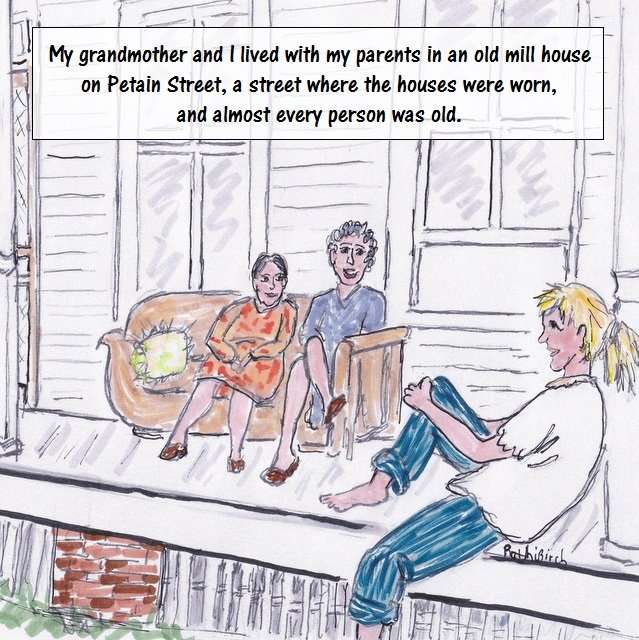 I was on the front porch having lemonade and playing dominoes with Grandma one warm fall afternoon when Mrs. Gates walked by.

Grandma called, “Miz Gates, come up and have some lemonade.” Motioning to me to get up so Mrs. Gates could have the rocking chair, she said, “Baby, I want to visit with Miz Gates. Go sit on the steps and color in your book awhile. We’ll finish our game later.”

Grandma’s friends never called each other by their first names – no matter how long they’d known each other.  It was always Mrs. Gates, Mrs. Webb, Mrs. Bailey, even Mrs. Peat, who lived on the poor end of Petain Street – and drank whiskey. Shhh!

Every man was Mr. And every woman was Miz – that is, all except for Lorraine, even though she was grown too and she had kids and her own house.

When the women talked about Lorraine, they whispered. They thought I didn’t hear, but I heard.

Just then, Lorraine walked by with her kids. She waved and they waved back. After she passed, Mrs. Gates whispered, “I sure do feel sorry for those little children. Last night they were outside playing till after ten – on a school night. The woman is just not raising them right.”

I wondered what Mrs. Gates meant by, “raising right,” but I knew better than to ask. Lorraine’s kids were younger than I was, so we never played together, but they were nice enough. I thought maybe she meant Lorraine didn’t cook the healthy food, like what Daddy said about his cousin. “She’s raising those children on hotdogs and Coca-Colas. That’s why they’re sickly.” But Lorraine’s kids didn’t look sickly.

Grandma said, “Bless her soul, I suspect she never had good raising herself, from how her mama carried on – with different men hanging around.”

“Well, that’s Lorraine all over!” said Mrs. Gates. “She’s just like her mama. You can guess where the money for that house came from. Those sorry men she was married to didn’t have a thin dime between them  – and she can’t make much money working in the diner.”

I heard it anyway. Grandma called Lorraine a cat. I thought about it. She did look kind of like a cat – a soft, yellow cat with sparkly green eyes. And when she tied her hair up in a ponytail, it swung like a cat’s tail. I drew pictures of the cat, Lorraine. 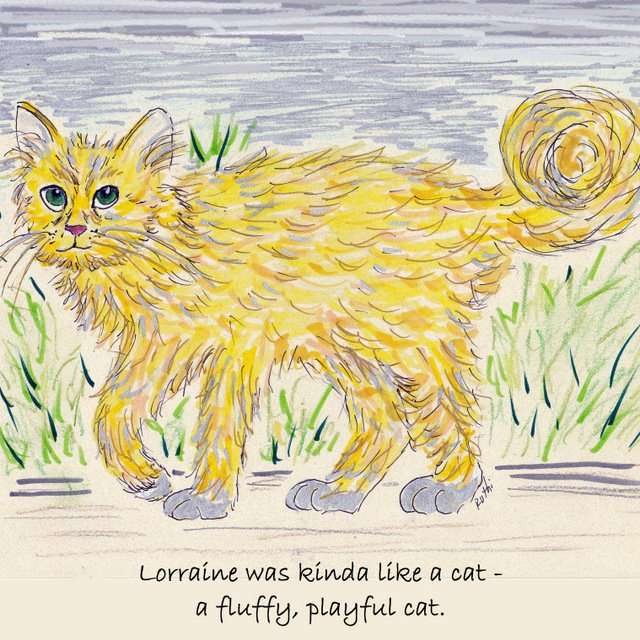 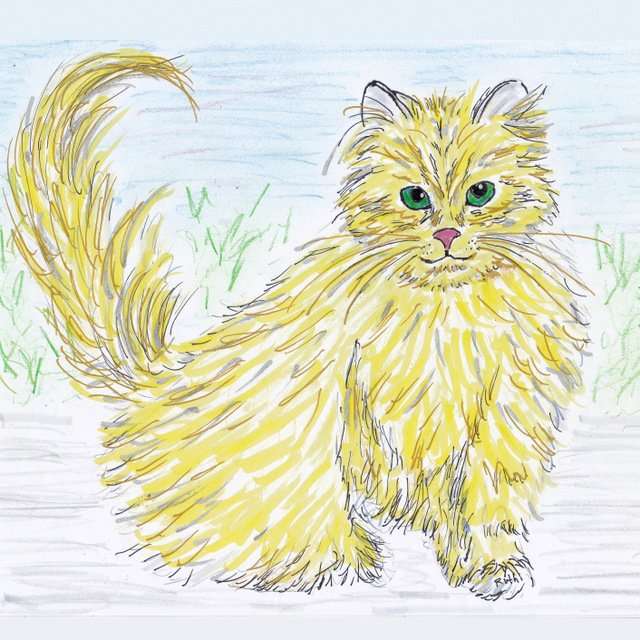 Mrs. Gates shook her head and asked, “That dress she’s wearing sure doesn’t hide any secrets. She ought to watch out. She’s asking for trouble, and I won’t be surprised if she gets it.”

“I know it’s true. She’s showy – the kind of showy that brings you-know-what kind of attention.”

I understood that! Lorraine was a show all right – like a dancer in a movie show. She laughed and the lights came on. I thought she looked pretty in her bright red sundress, that was belted real tight at the waist and had a full skirt. When she walked down the street, on her tall, dancer legs, her skirt bounced and swung like a band was playing. 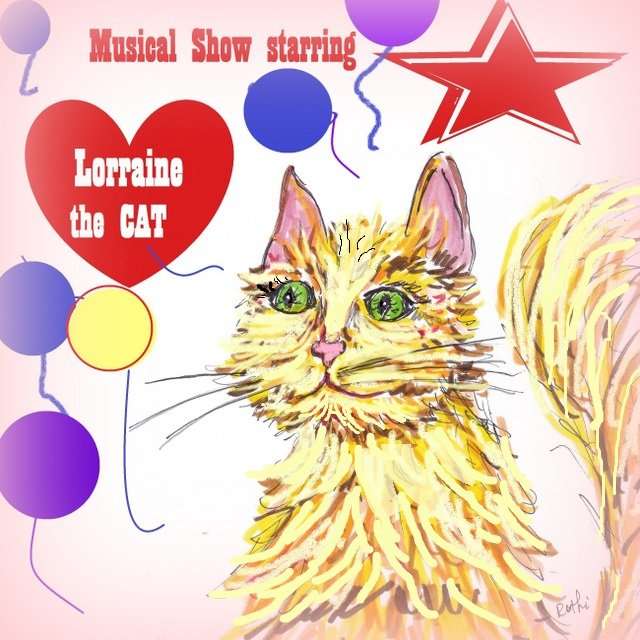 Nobody on our street ever had parties – except for Lorraine. Sometimes she had big, jolly parties. Some nights, when Mama and I were driving home from church, I’d see her house, bright with lights in every window and loud with dancing, laughing, and people who didn’t live on Petain Street. If my window was open, I could hear people having fun till way past my bedtime.

Lorraine was a cat alright, a dazzling, dancing cat, as showy as a movie musical – and sometimes she was married. 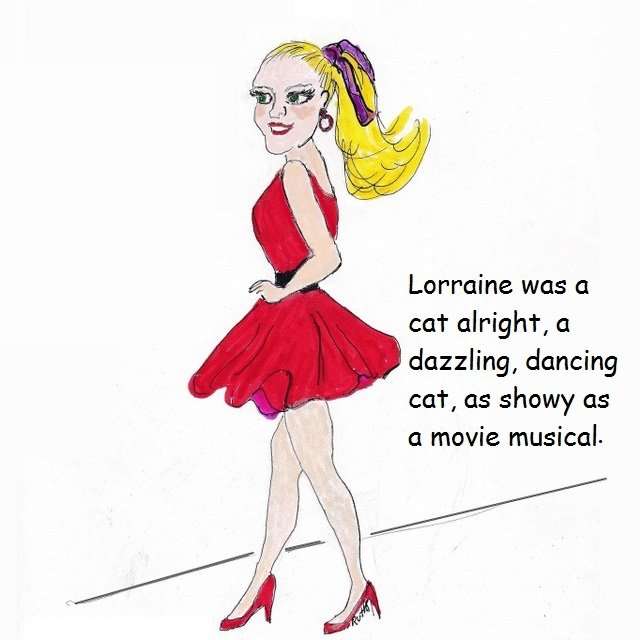 January 13, 2020
WANT MORE RUTHI?
Subscribe to my newsletter!
Get latest updates and exclusive content straight to your email inbox.
Give it a try, you can unsubscribe anytime.