Interviews With The Boss — Stories From The HR Department #3

Ms. Ophelia Rittendon was laughing. People in the HR department turned to stare at their manager. She didn’t usually laugh after hearing from candidates after their interviews with a boss — most any boss. In fact, it was well known that bosses were the thorns in Ms. Rittendon’s side — especially when they interviewed potential employees. She never knew what weird, often awful, things she would hear. 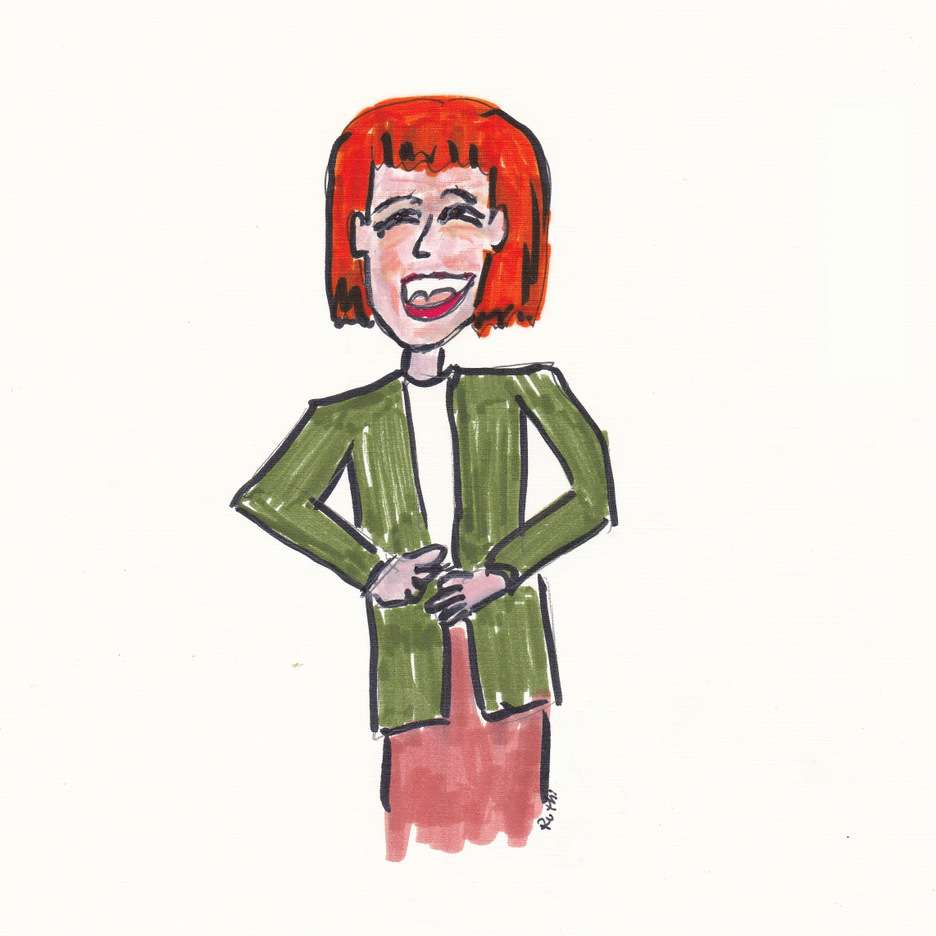 This time Ms. Rittendon was laughing because the candidate’s description of her interview with Mr. Wade was actually funny. He hadn’t asked inappropriate questions. He hadn’t insulted her. He’d just ironed.

“It was a first for me,” said the candidate. “I was answering a question about my experience. Suddenly he jumped up, said ‘Excuse me,’ and rushed to the closet. He took out an ironing board, opened it, and started ironing a jacket. 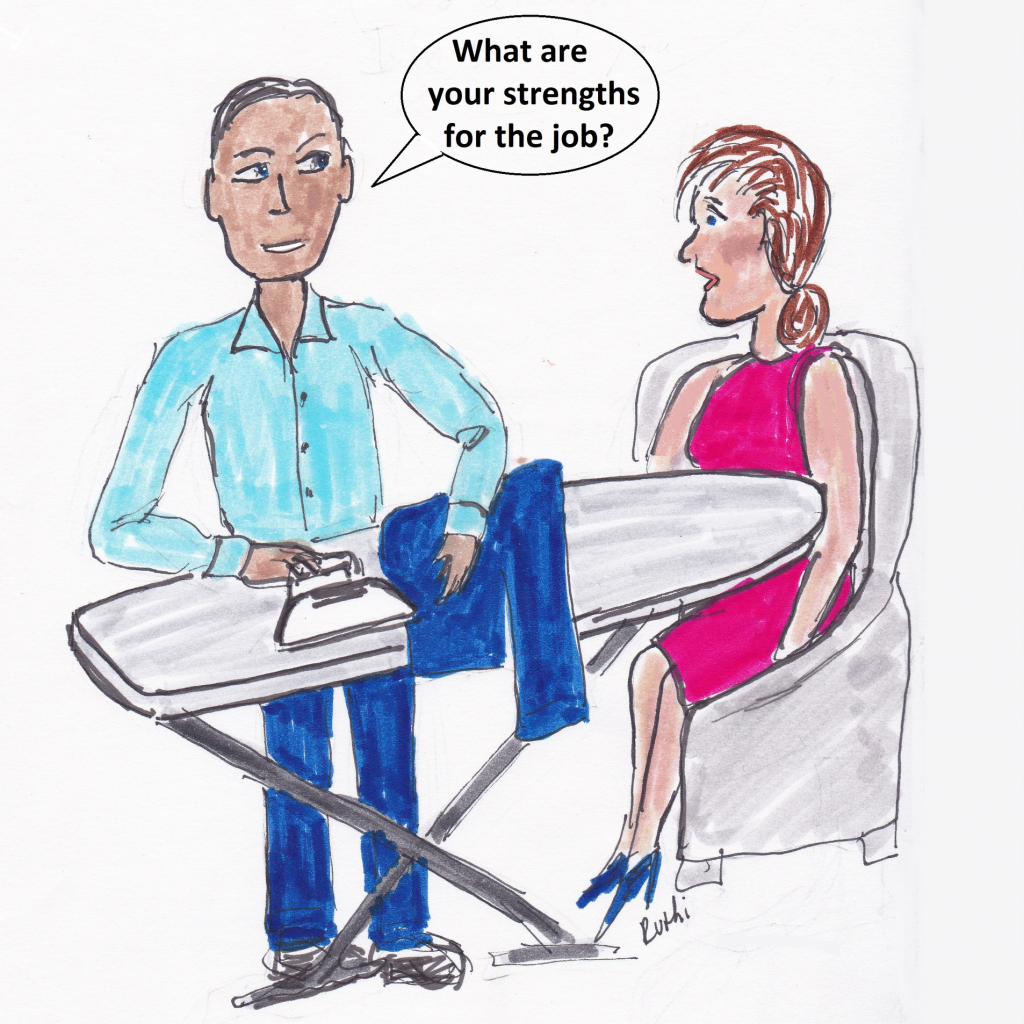 “‘Please go on with what you were saying,” he said. I’m listening. I have to iron my jacket. It got crushed on the train and I have a client luncheon right after this.’ So, we went on. After we finished, he said he liked my experience and would call you after the luncheon.”

Ms. Rittendon, smiling and shaking her head, asked, “What must you have thought?”

“Will I get the job if I offer to iron? That was my first thought.”

The Short — But Not Sweet — Interview

In another HR department, another manager was not laughing. Maxine was not laughing because of the behavior of the seventy-something years old CEO and founder of the company. Maxine had arranged for him to interview a conservatively dressed, middle-aged candidate to be his assistant. When she arrived in his office, in her words, “He took one look at me and obviously did not like what he saw. The interview took less than a minute. He said:

‘I am looking to hire a decent woman, and you’re clearly not decent!’

‘Because your knees are not bruised from kneeling on the floor in prayer.’ 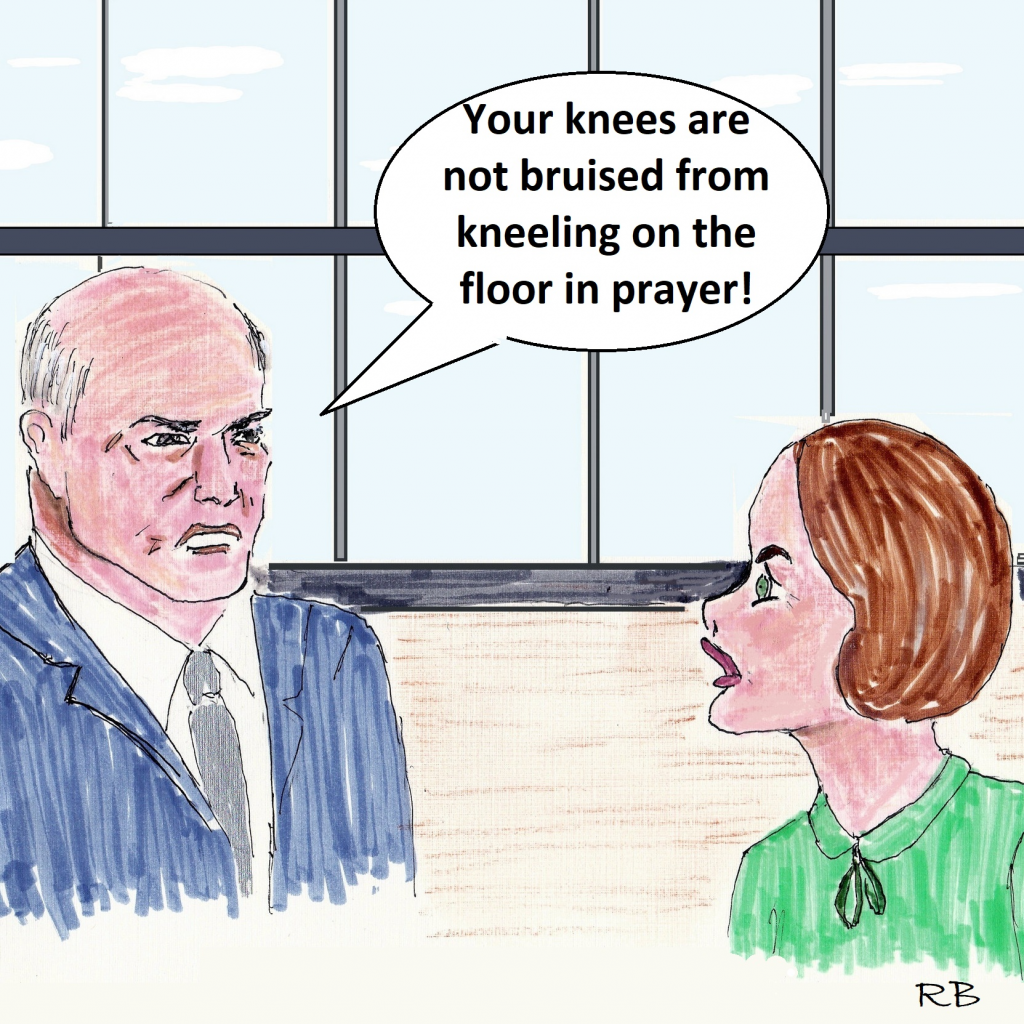 He Should Know Better!

“This is a law firm, dammit! You’re supposed to know something about the law!” Addilyn ranted, behind the closed door of her office after the job candidate left. She banged her fist on her desk. Good legal secretaries were hard to find. But the senior partner drove them away faster than she could recruit them. She wanted to tell him, “What you did is not only illegal, it’s bad manners.” 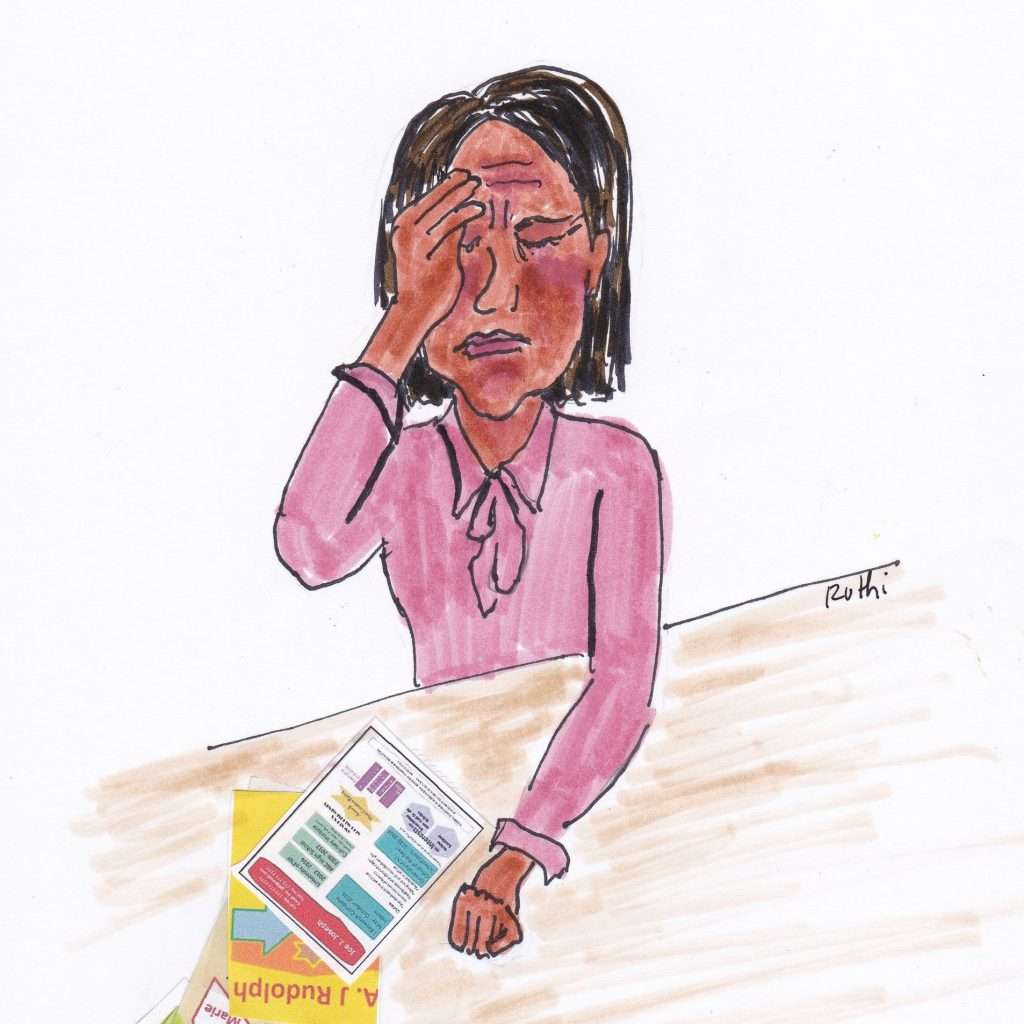 It wasn’t the first time this partner had careened across the line. After his last fiasco, she thought he couldn’t do worse, but today he one-upped himself — and blew away yet another qualified candidate for his legal secretarial position.

Addilyn replayed in her head the woman’s blow-by-blow account of the interview. “I’m pretty sure I didn’t get the job. He asked some unusual questions. I don’t think he liked all of my answers.”

“I … uh … have seven years of office experience.”

‘Are you planning to get married?’

‘Fine, fine, but if you do get married, how soon will you get pregnant?’

“Sorry. My mother told me to never answer what-if questions.”

[Actually, this interview happened in the 1980s — although it was already illegal to discriminate. Luckily, it couldn’t happen today — or could it?] 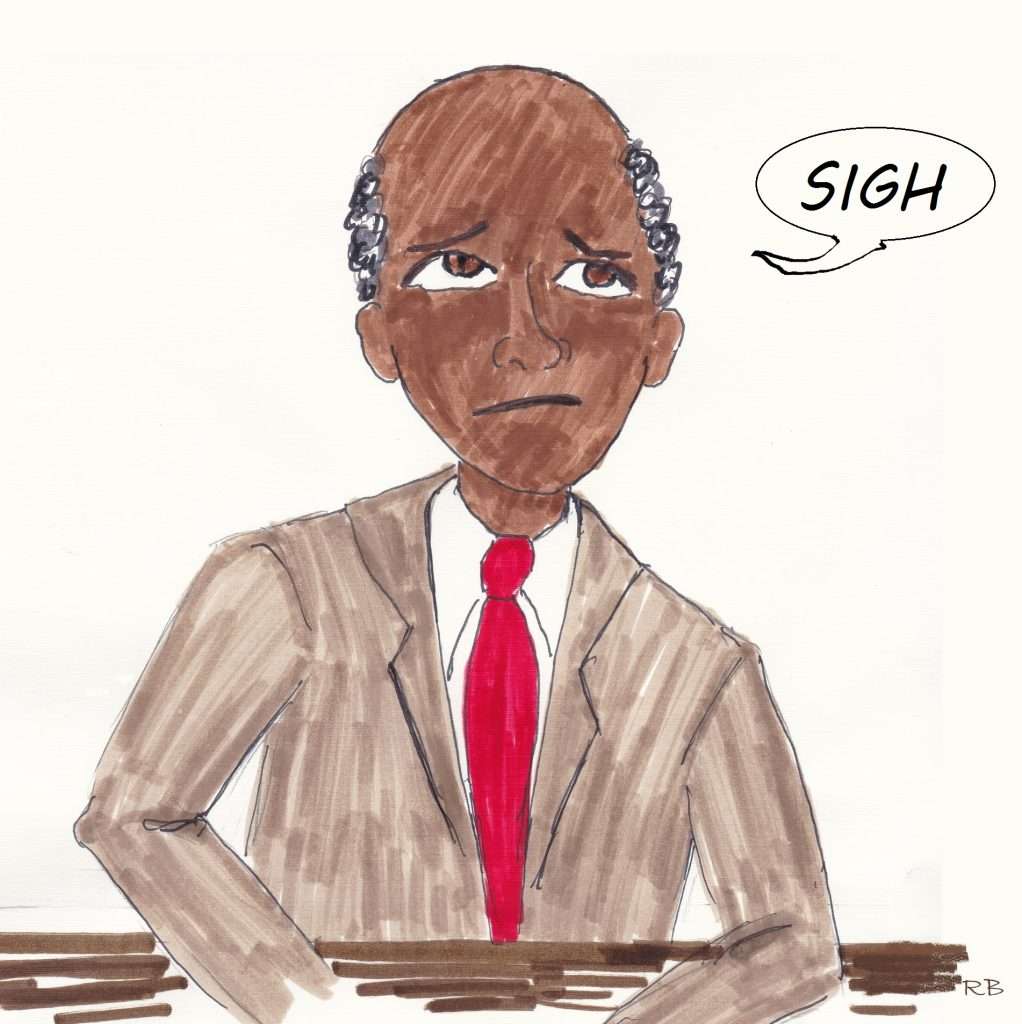 The woman who sat in Mr. Ripley’s office had just finished an interview with one of the c-suite executives. Her first words were, “Mr. Wilson’s approach to interviewing is different.”

“Yes. You probably want to know what I mean by that.”

“First question, ‘Are you pregnant?’”

“No!” yelped Mr. Ripley. “I’m sorry. I want you to know this company has a firm policy about discrimination.” His voice rose higher until he sounded a little like Barney Fife. “We have a compliance committee!”

“I’m sure he didn’t like my answer. I told him I didn’t think it was relevant. HR rolled his eyes and went right on to his next question.

‘Okay. Well, are you on antidepressants?’

“I’m afraid I snapped, ‘What century are you living in? Don’t you know you’re not supposed to ask these questions?’ But it didn’t stop him. 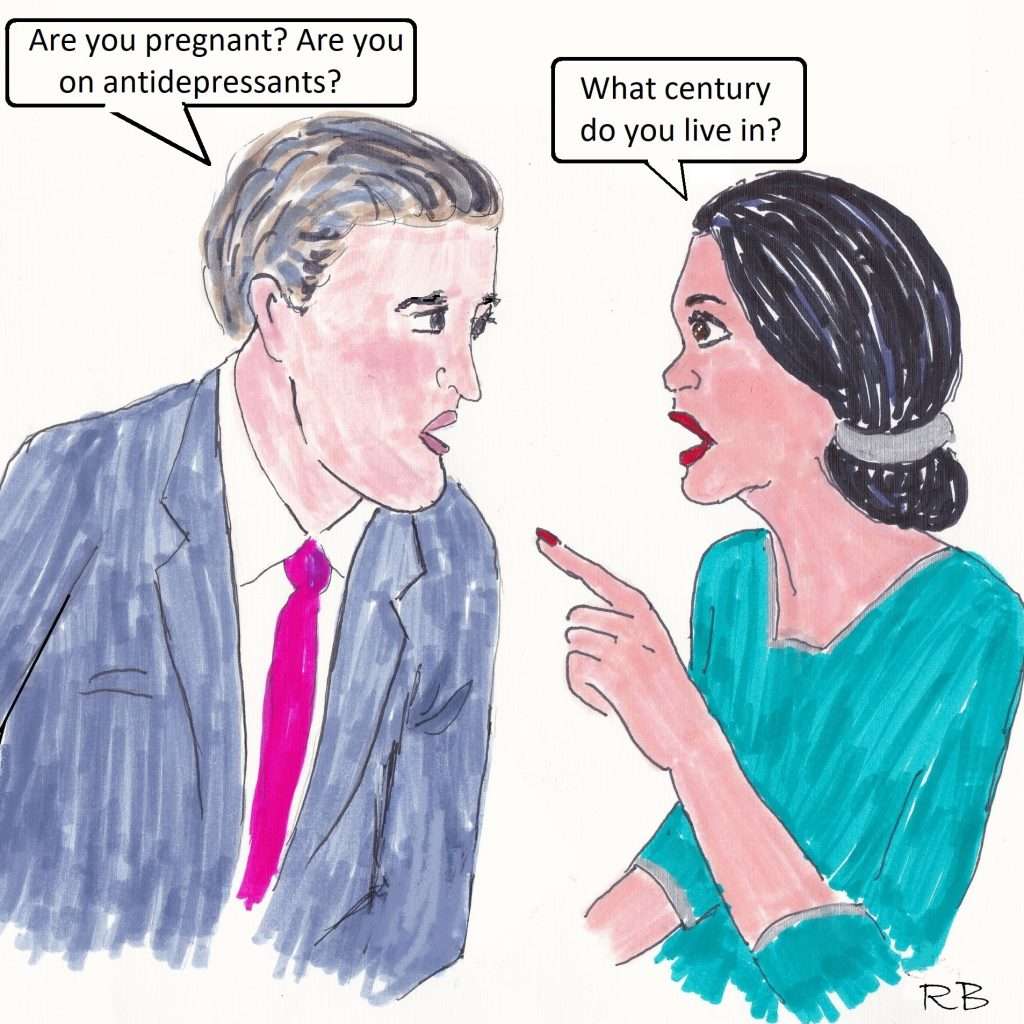 “‘I need to know! I’m not hiring you if you’re pregnant or on drugs.’”

Mr. Ripley opened his mouth, then closed it again. Finally, he threw up his hands as in surrender and said, “All I can say is I’m sorry. I sincerely apologize. I ….”

“Don’t worry. It was so bad it could have been a comedy act. It gives me a great story to tell!” 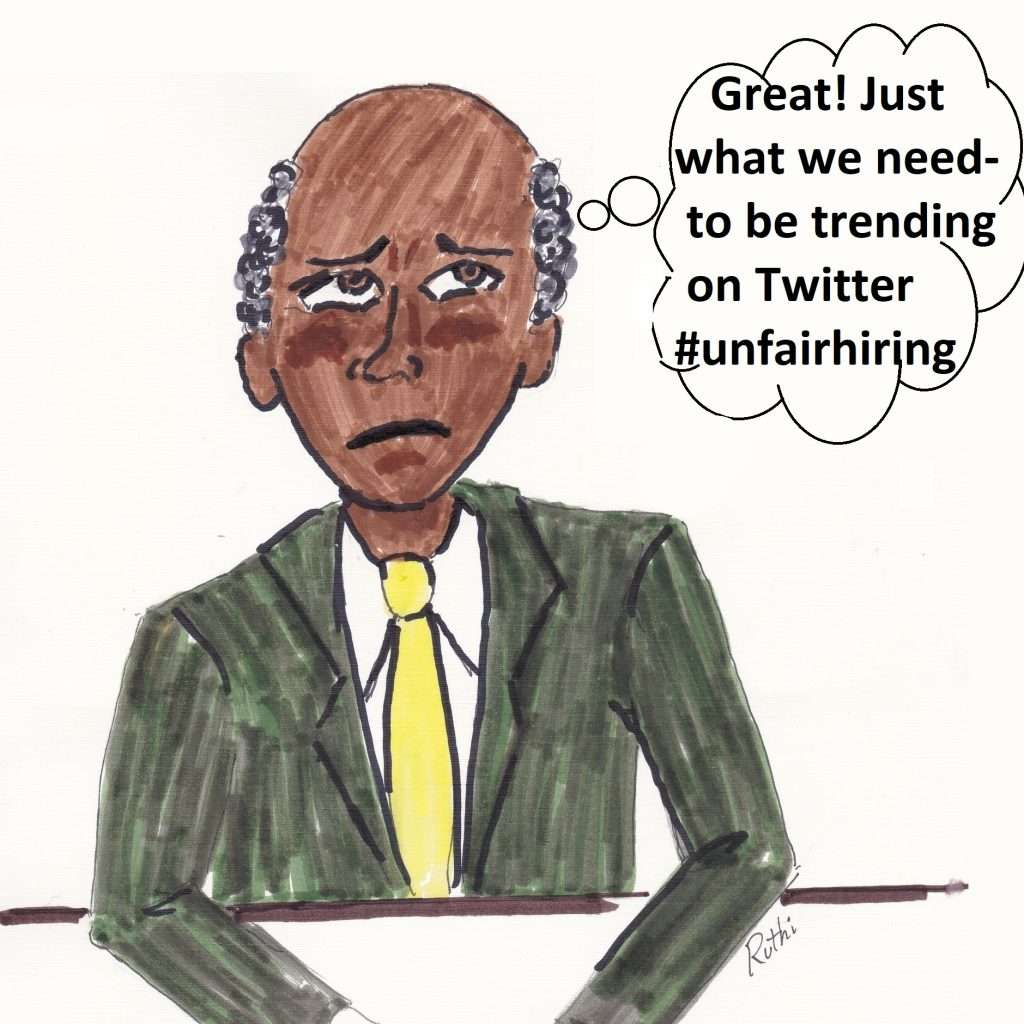 Poor Mr. Ripley. Other than, “I’m calling my lawyer,” those are the last words an HR professional wants to hear. 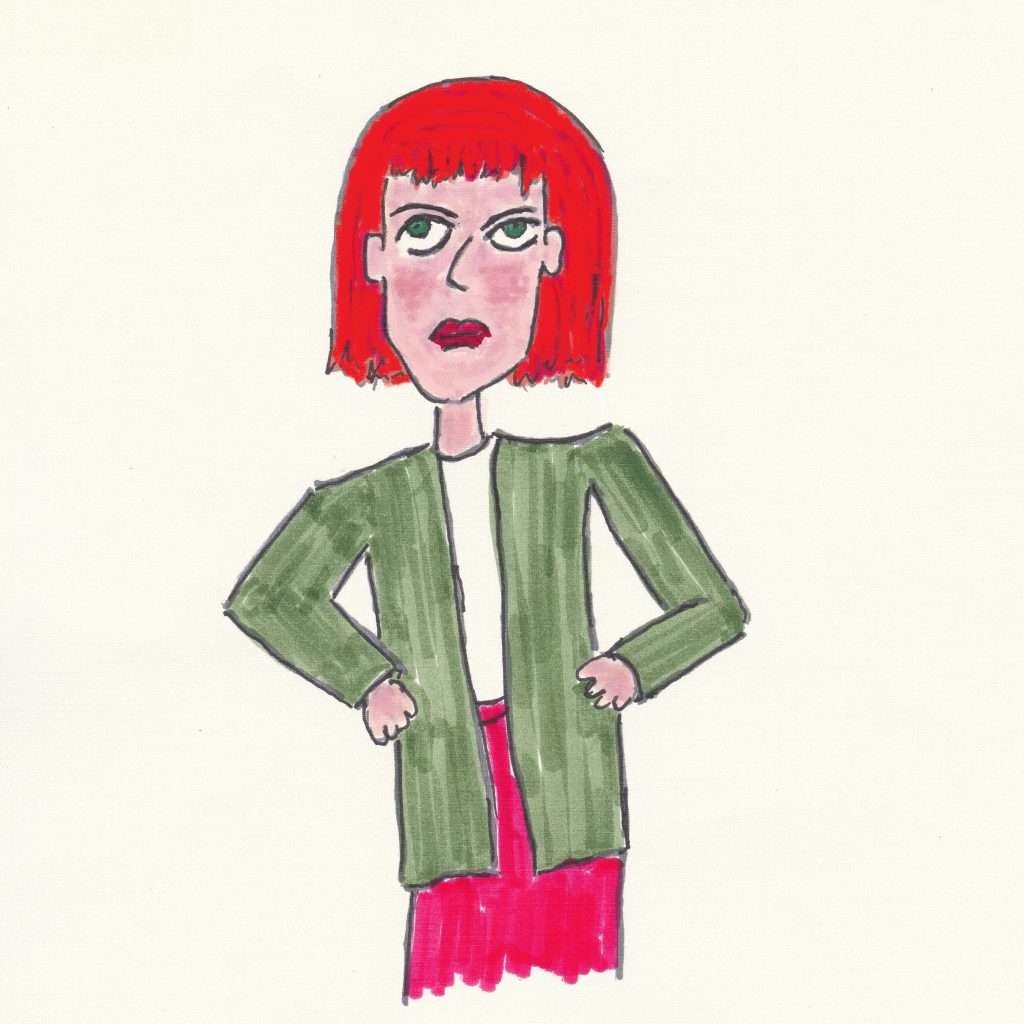 “Bosses are loose cannons, and their shells always land on my desk,” to quote Ms. Ophelia Rittendon. “And the bigger the ego, the better the chance for any interviews with the boss to explode.”

July 15, 2021
WANT MORE RUTHI?
Subscribe to my newsletter!
Get latest updates and exclusive content straight to your email inbox.
Give it a try, you can unsubscribe anytime.