Husband Appreciation Day – What’s the Secret to a Love that Lasts?

He’s also scarily smart, a brilliant attorney who once learned Russian so he could read War and Peace in the original.

But life is not all funny stories, litigation, and Russian literature. There are practical tasks that need to be managed, and these are mysteries to him – mysteries like finding the way to… well, anywhere.  Also mysterious are things that need programming or mechanical aptitude or require more than two steps – for example, the double clasp on a pearl bracelet. After ten seconds of jabbing prongs toward holes, he growls at the bracelet and walks away.

Yesterday I came into the kitchen and heard him on the phone hiring a locksmith. I asked, “So you’ve had it with me and you’re changing the locks?”

“Not yet. The lock on the door to the porch is broken. It won’t close.”

We’ve been married a long time and I know him, so I asked, “Did you try turning the key?”

“Did you try turning it the other way?”

I went to the door and turned the key – the other way. “It’s locked now. You can cancel the locksmith.”

Without a sense of direction, going around the block can turn into an adventure. “I know the way,” he grumbles, and turns right, then right again, then left. And we’re someplace new and different.

Adding to the challenge of directions, Ron gets lost in his thoughts and becomes oblivious to anything else. Put him in a car, and like the cartoon character, Mr. Magoo, he drives merrily along, going the wrong way, on the wrong road – and that’s where some of his best stories come from – like the time several years ago when he went to a conference at the Arizona Biltmore.

The grounds of the Biltmore are gorgeous. Ron had time between meetings and decided to take a drive. He wound through the beautiful estate in his big Lincoln, enjoying the scenery and the waves of the friendly golfers. Then he saw a groundskeeper running towards the car, waving his arms over his head, and calling to him. When he stopped and lowered the window, and the breathless man said, “Sir, please get off the golf cart path.” 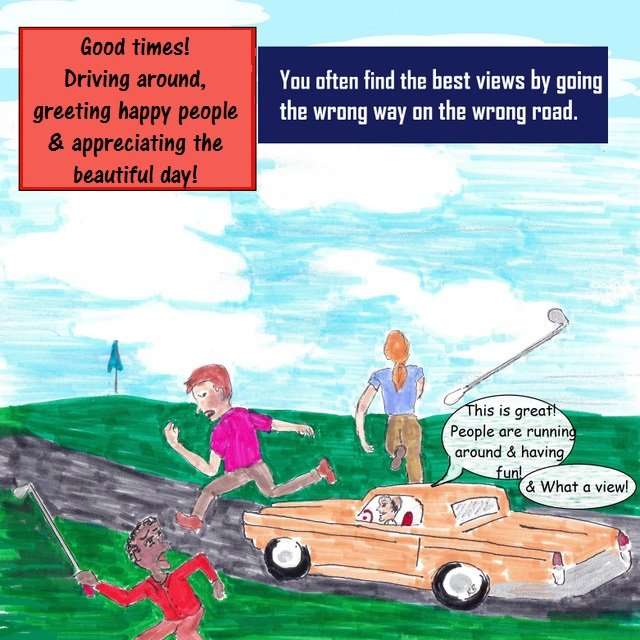 Everywhere he goes, Ron is greeted by more friendly people. In Anchorage, Alaska, bikers called to him and waved as drove the winding road through the new park – the new bicycle park. And the diners in Bologna, Italy actually lept up from tables to wave to him, as he drove around the twin towers for a better look at the fountain. He missed the looks of terror on their faces as they ran away.

Everyday items can be tricky. They hide from Ron. If he can’t see a thing, it doesn’t exist. That’s why we have seven bags of pistachio nuts.

More than once, I’ve found Ron frustrated as he stares into the refrigerator. “We’re out of salad dressing.” I go to the fridge, move the jar of mayonnaise, and there’s the dressing, hiding from him. It’s become our little joke. 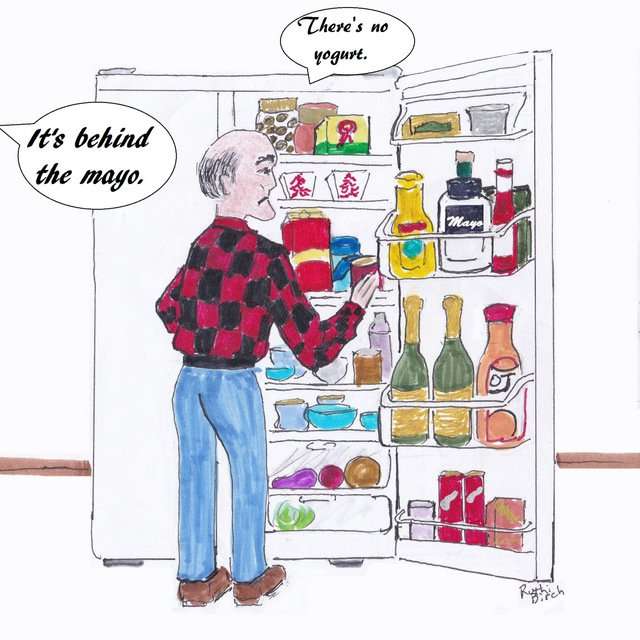 When I hear him call out, “Where are my whatevers?” I’ll know he’s standing at a cabinet or closet, confused.

I answer, “Behind the mayonnaise,” and go find it for him.

Ron is also tricked by the unexpected. My Valentine’s Day card tricked him by having the envelope tucked inside the card instead of behind it, where it was supposed to be. I was curious when he handed me the card without an envelope. It must have shown on my face because he explained, “It didn’t come with an envelope.”

It was a beautiful card, and I opened it to find another surprise. There was no note, no “I love you,” no XOXs.

“You didn’t write a message for me?” I asked.

On the enclosure, my love had written the sweetest message – in the address box on the envelope.

When I showed it to him, he said, “I thought it was strange that the card came with an enclosure but no envelope – I thought maybe it was a new trend.” 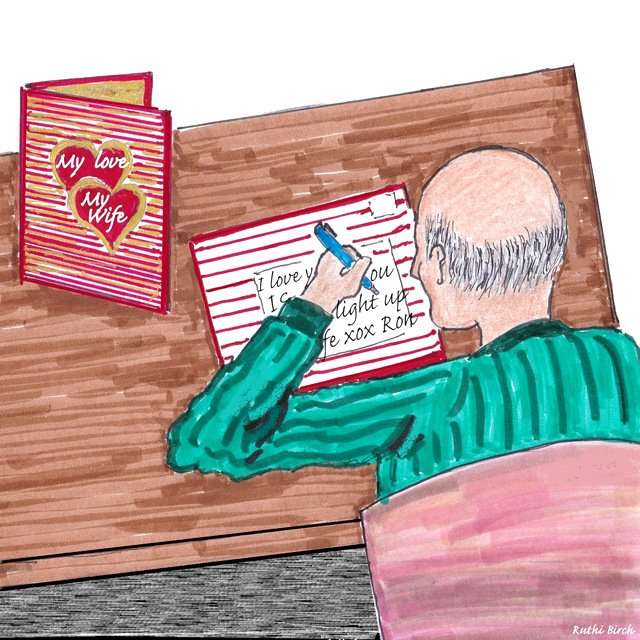 We laughed. Then he told me another funny story – about the time he was home from college and holding the ladder for his dad to fix the roof when the mailman brought his grades from Colgate – all As! Of course he was excited, so excited he jumped in his car and went to tell his buddy. A half-hour later, he came back to see his dad was sitting on the roof, smoking a cigar. “Welcome back. Forget something?” 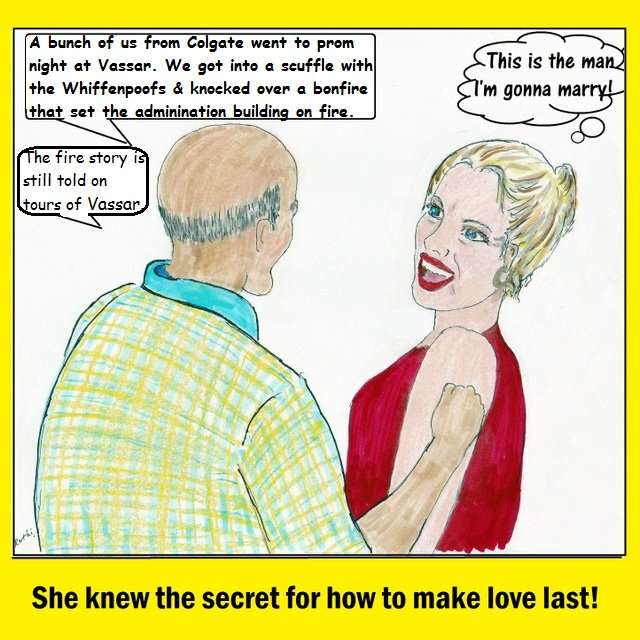 Happy husband appreciation day, Ronnie. I picked the man with the best stories. It’s still working to make love last for me.

April 20, 2020
WANT MORE RUTHI?
Subscribe to my newsletter!
Get latest updates and exclusive content straight to your email inbox.
Give it a try, you can unsubscribe anytime.