This is Susan B. Anthony Day. I decided to look her up online to find out what qualities made her heroic enough to have her own day. Halfway through reading about her, I was reminded of another heroic woman, my mama, not that you’d see any resemblance just to look at them.
Short and plump with a sweet face, brown eyes that laughed, and a quick, sometimes mischievous smile, Mama didn’t appear to be in the same league with a woman who was a force that changed the world. Maybe not the world, but Mama was force enough to change things in her little corner of it. 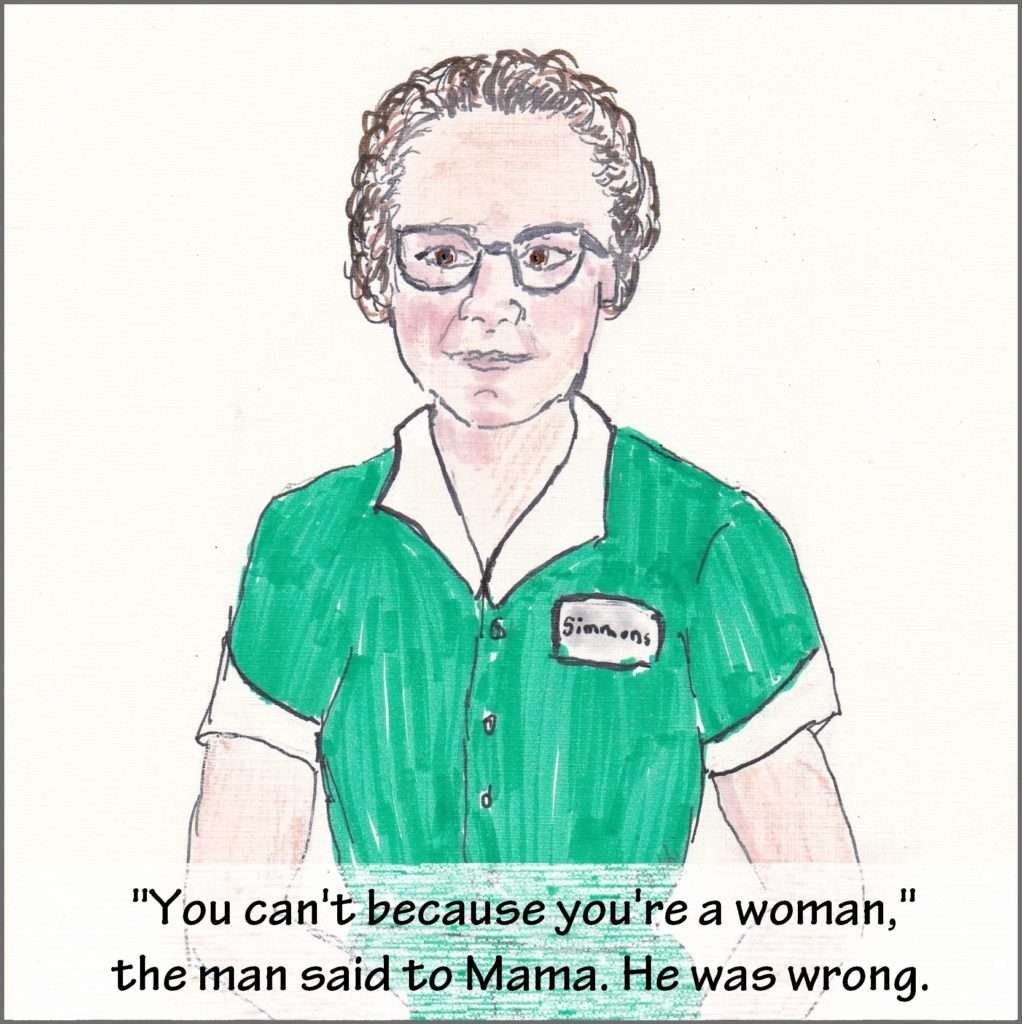 I looked up bios of other exceptional women to see what qualities they shared. Three things jumped out at me. They had principles they believed in with unwavering certainty. They had an intense sense of fairness. And they had the courage to stand up for their values and against injustice.
Susan B. Anthony was rock solid in her belief in equality for all people, saw the inequities in the system, and stood up.
She recognized the evils of slavery, and she took action, lecturing and campaigning for its abolition. She knew women deserved to be equal to men, but without the right to vote, she knew there was no equality. She spoke up, organized campaigns, lectured, and started petitions. She even committed a crime for her belief – she voted. Arrested, tried, found guilty, and fined, she didn’t waver or accept the judgment. She also never paid the fine. Lawbreaking in pursuit of justice was a righteous act.

Rosa Parks was another heroic and courageous woman who faced unjust laws. 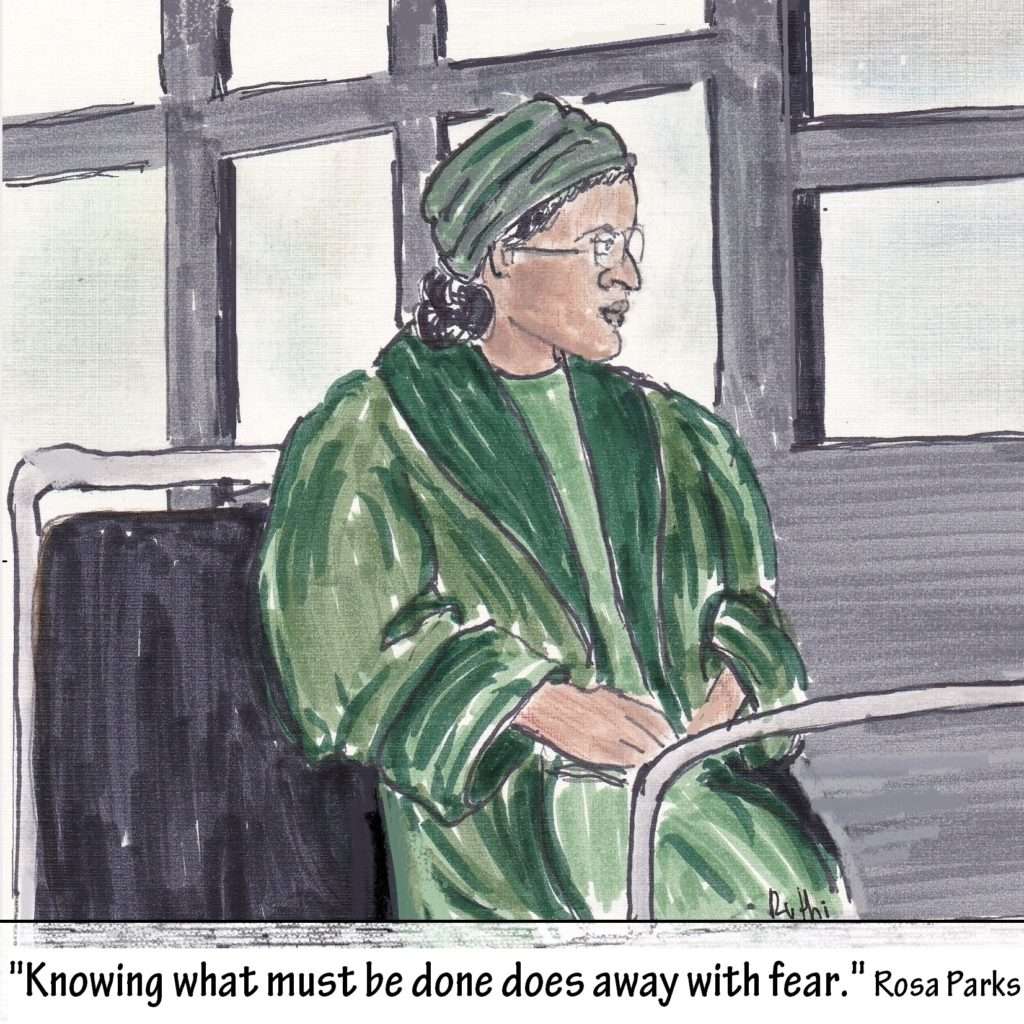 As an African American, equality was denied to her by law. Then, on a bus in Selma, Alabama, she quietly took a stand, or a seat, against one of the laws. She was ordered to get up and give up her seat to a white rider, but she didn’t move. She sat, she was arrested, and she started a wave of change.

“People always said that I didn’t give up my seat because I was tired, but that isn’t true. I was not tired physically, or no more tired than I usually was at the end of a working day. I was not old, although some people have an image of me as being old then. I was forty-two. No, the only tired I was, was tired of giving in.”

Mama was never famous or as powerful as these women, but she was heroic. Her voice was smaller but she raised it and made a difference. She believed in equal rights for all people, she hated injustice, and she was fearless in standing up to anybody.
Mama was head cashier in a grocery store. She loved her profession, but she knew the wages were unfair. The wages for grocery clerks in the south were the lowest in the country at less than ninety cents an hour for a five and a half day week. “It’s not right,” she said, and went to work, meeting with union organizers, buttonholing other workers to convince them to join the union as the only way to improve conditions and get fair wages. 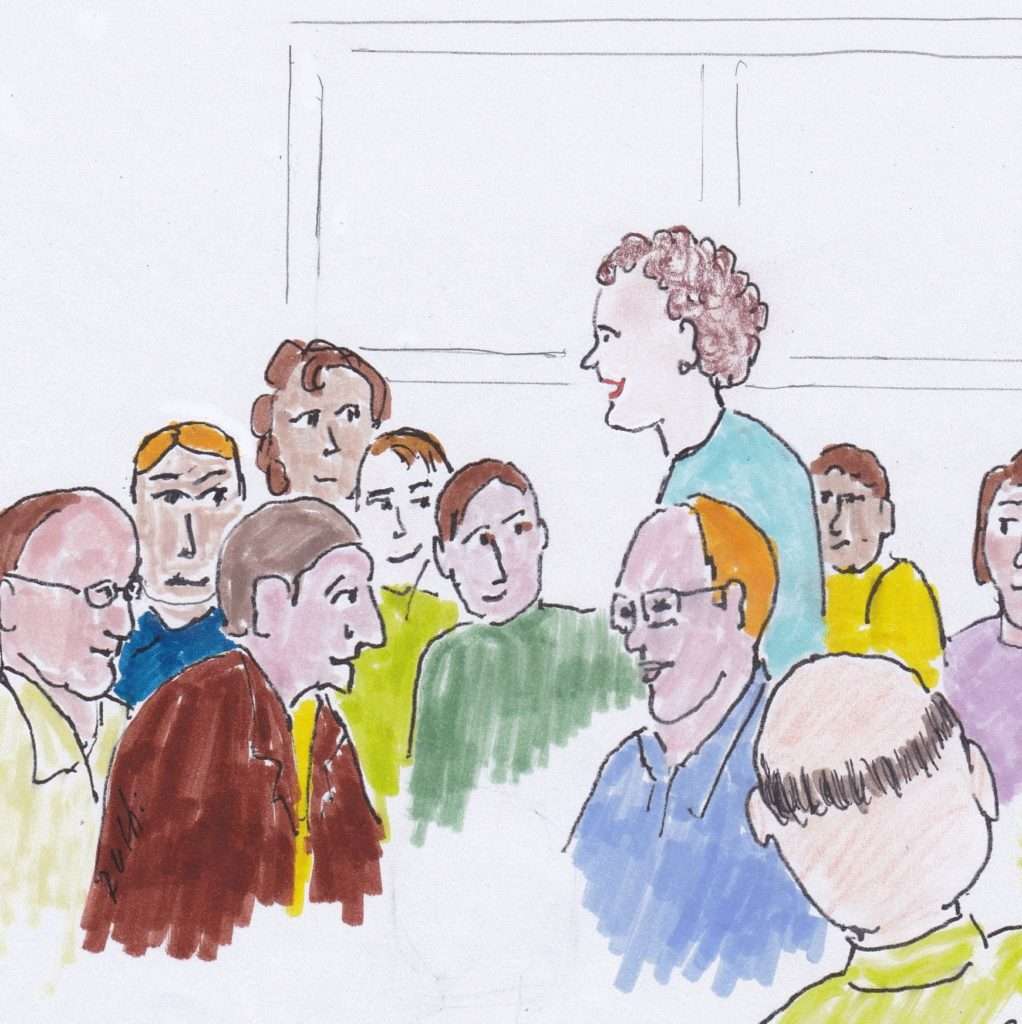 She carried a sign and walked a picket line during a short-lived strike. By the time she retired, the Retail Clerks Union represented most of the checkers and stockers in the Mobile county. 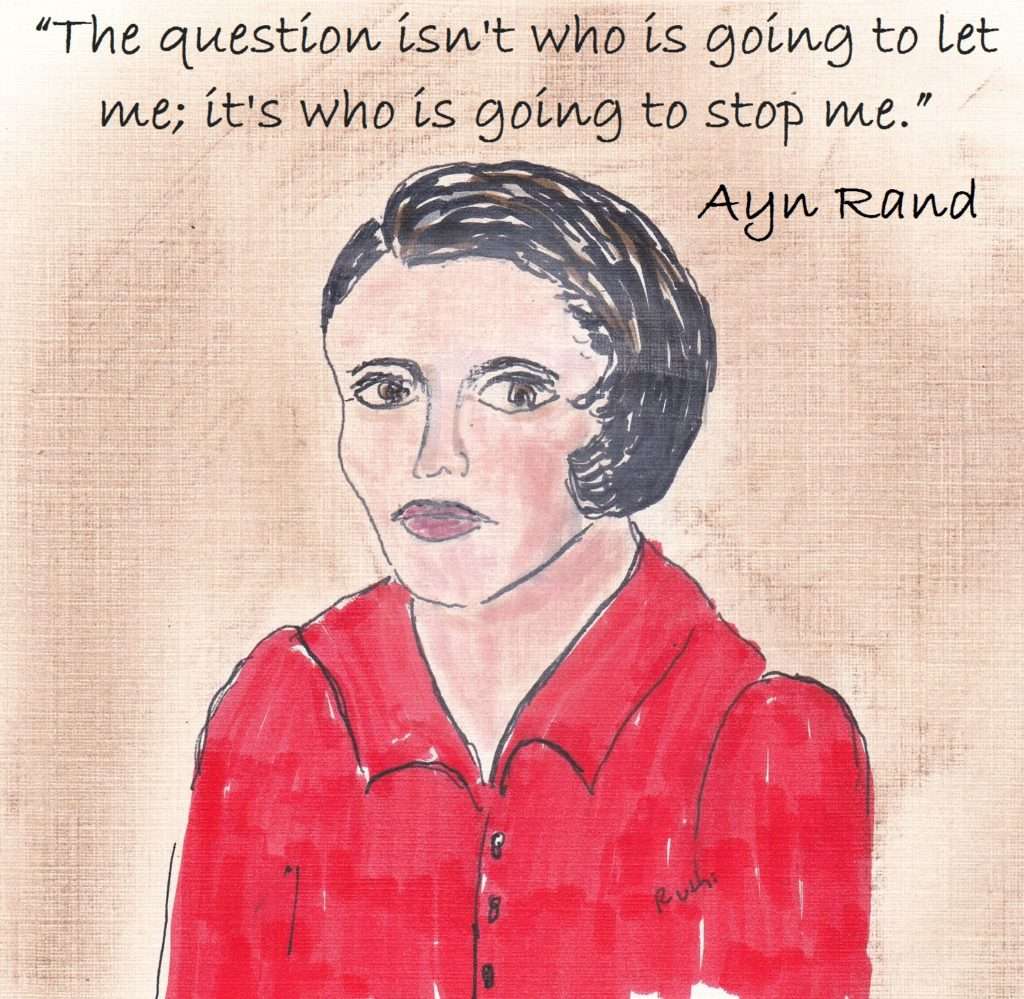 “You can’t because you’re a woman.” Mama didn’t believe that.

The manager of the J. C. Penney’s store thought he could tell Mama, “You can’t.” He was wrong. This was in the 1950s before the credit card explosion, and department store charge cards were just becoming popular. Mama decided she wanted one. She filled out the credit forms in her own name, writing Daddy’s name in the blank for “spouse.” When her card came, the name on it read Mr. N. G. Simmons. She put me in the car and drove straight to the store where she confronted the manager.

“This is my credit card and that is not my name.”
“You can’t have a credit card in your name,” he argued in a tone that might have seemed polite if it weren’t also snooty. “Your card has to be in the husband’s name. It’s the policy.”
She smiled but sparks flew from her eyes. “If I have a card, it certainly does not have to be in any name but mine, and it will not. I have a job, I earn my own money, and I pay my own bills. My husband did not apply for your card. I did. My name will be the one on it, or you can take it right back. I can shop here, or I can drive right past your store and go to Sears and Roebuck in Mobile. So you can either keep your credit or give me a card with my name on it.”
J.C. Penny must have changed the policy, because Mama got her card. 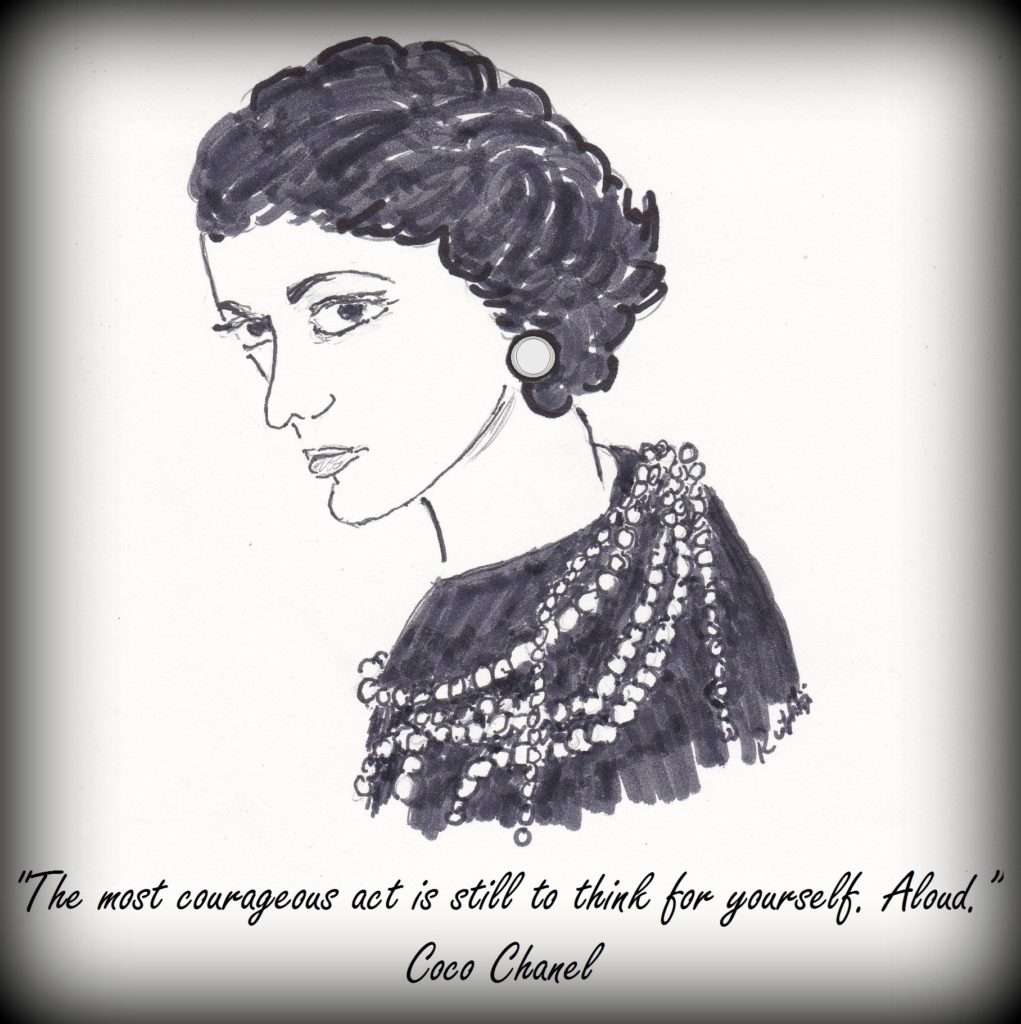 Some heroic women are world leaders and some are grocery store clerks. Whoever they are, they think for themselves and inspire other women to think, they refuse to be pushed out of the way, and they act. They have something else in common. Heroic women start change. Sometimes it just amounts to a trickle, but sometimes they start tidal waves.

February 15, 2019
WANT MORE RUTHI?
Subscribe to my newsletter!
Get latest updates and exclusive content straight to your email inbox.
Give it a try, you can unsubscribe anytime.