Grown-Ups are Weird: Especially When I was a Kid

Grown-ups are weird, especially when I was a kid When kinfolks came to visit, they always brought stacks of pictures to show — mostly of things that didn’t matter. But with them came funny stories.

Aunt Mattie was Mama’s aunt. I liked her. She was more than eighty years old, and she was independent and feisty and funny. Her sister, Aunt Minkie, was almost ninety and even feistier.

When Aunt Mattie came for a visit she always brought pictures — along with stories about Aunt Minkie’s exploits. After supper, we sat on the couch looking at each picture as she explained it.

The first one had “Louise’s girls” written on the top, but it wasn’t a picture of people. It was just a plain old road with two houses. 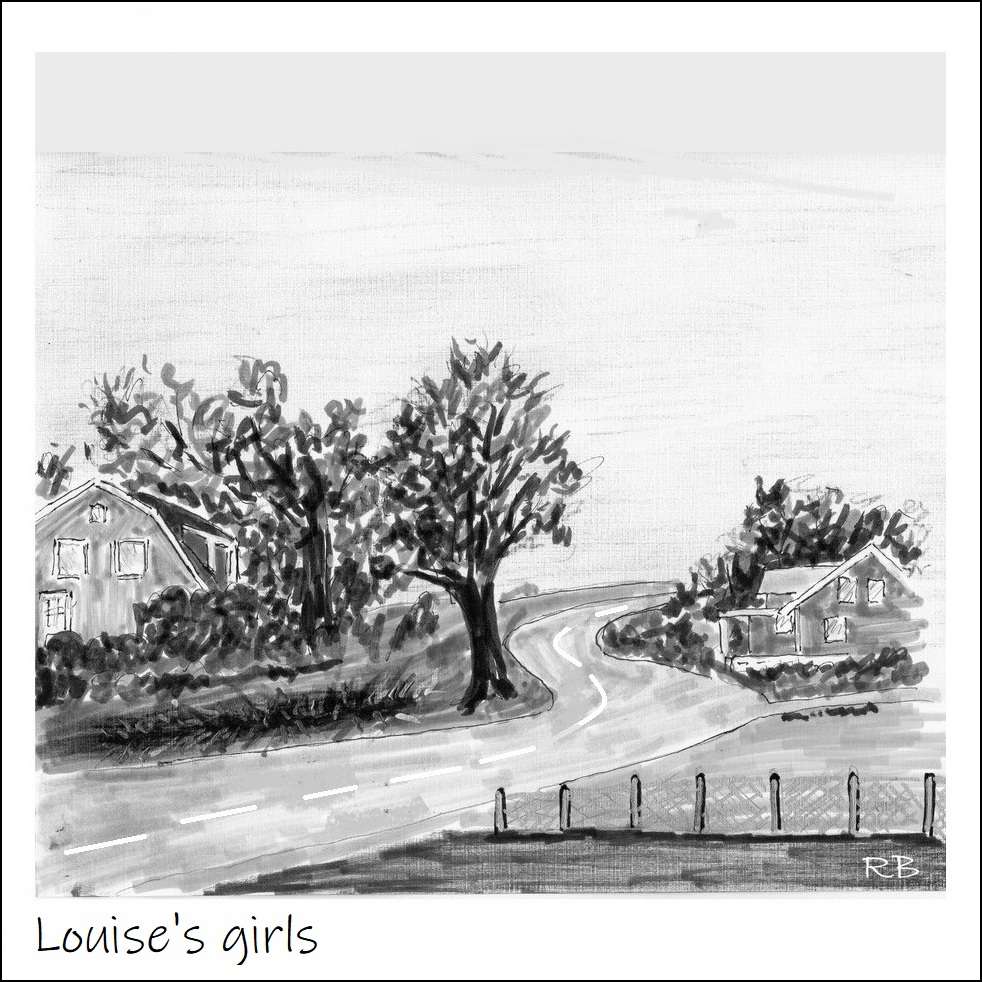 “Oh, I have to tell you what Minkie’s done now!” she said. And I knew a good story was coming.

“This picture made me think of it. Louise’s girls, Inez and Beatrice married two brothers — isn’t that something? Well, they did and they built these real nice homes right across from each other on the Gretna road. That one is Bernice’s and that’s Inez’s.

“Anyway, WB [Mama’s daddy] had been over to see the new houses, and he told Minkie about them. She stood up, picked up her pocketbook, and said, ‘Nevermind. I’ll just drive over to see for myself.’ You know Minkie’s pushing ninety, and Lord love her, but she ought not to be driving. We’ve all told her that. But you know her. She’ll do whatever she takes a mind to do, or bust. She’s more stubborn every day.

“WB tried to stop her.

Said he’d take her. But Minkie set her jaw, the way she does, and told him she was perfectly able to drive herself. She got in that big old Hudson of hers and drove off.”

“When she got there, she didn’t bother with pulling in the driveway. She stopped her car in the road in front of Beatrice’s house and sat there, blocking the lane — the road only has two lanes. After she got a through looking at Beatrice’s house, what did she do but pull across and park on the other side — never mind any cars that might be coming  – grown-ups are weird! 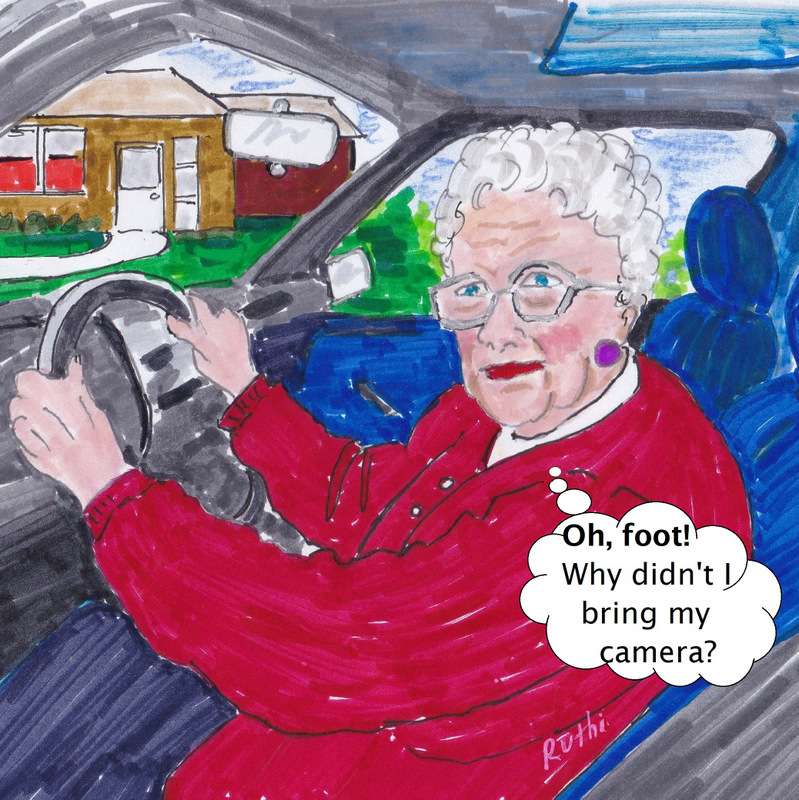 “Inez saw Minkie’s car out front and came out just as a car came up over the rise —straight at Minkie. Inez said she nearly had a heart attack, but the man in the other car saw her and pulled over to go around. Just as he did, Minkie jerked her car over and crashed into him. 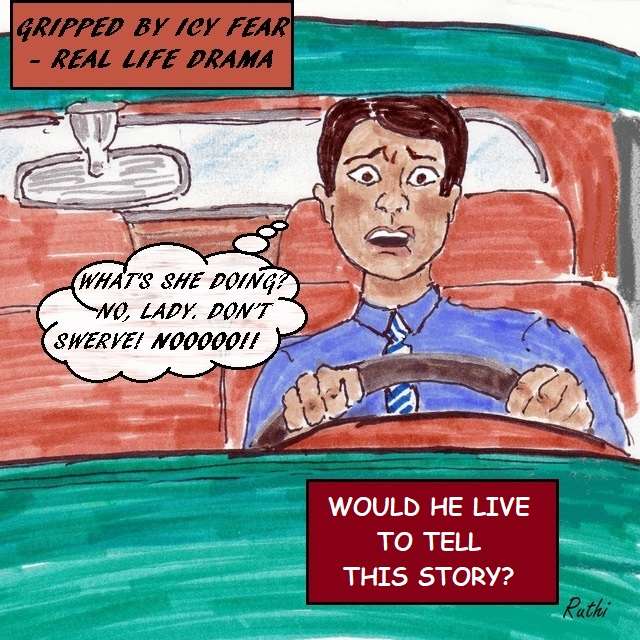 “His car was mashed up pretty bad, but thankfully they weren’t hurt.”

Mama shook her head. “Minkie! What will you do with her?”

“Nothing! Nobody can do anything with her. The wreck was her fault, but she wouldn’t accept it. He got out, holding his head, and looked at his smashed car and she charged at him, mad as a hornet. ‘You had no business in my lane,’ she snapped. ‘You came all-around killing me! You can thank the Lord I’m alive!’ 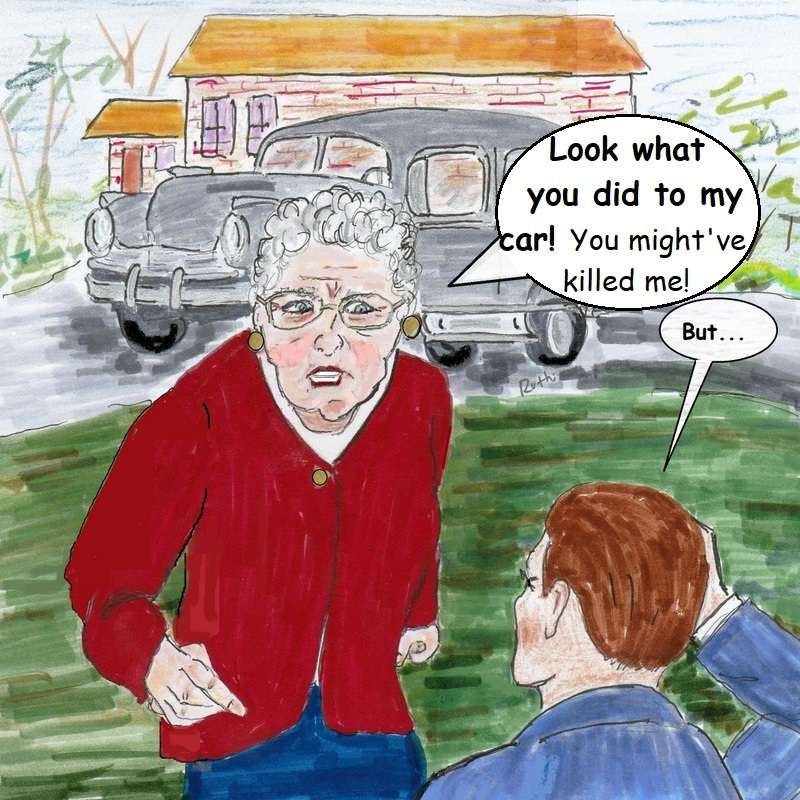 “Inez said the man looked more stunned than mad. ‘But Ma’am, you were parked in my lane. Maybe you shouldn’t be driving.’

Minkie got right up in the man’s face, shaking her finger.

“Of course I was your lane. I had to be there to get a look at my niece’s new house! You should have known I’d move back over!’”

Mama laughed. “I can picture her.”

“We can laugh now. But she’s lucky the police don’t hall her off to jail. They probably would if WB didn’t have influence.”

They laughed, and Aunt Mattie took up another picture. “Look here,” she said and handed it to Mama. “This is WB’s new cattle gap. He finally got it built after Popeye [his cow] kept wandering off and leading the goats out to the road. Popeye always came back but WB would have to chase down the goats.” 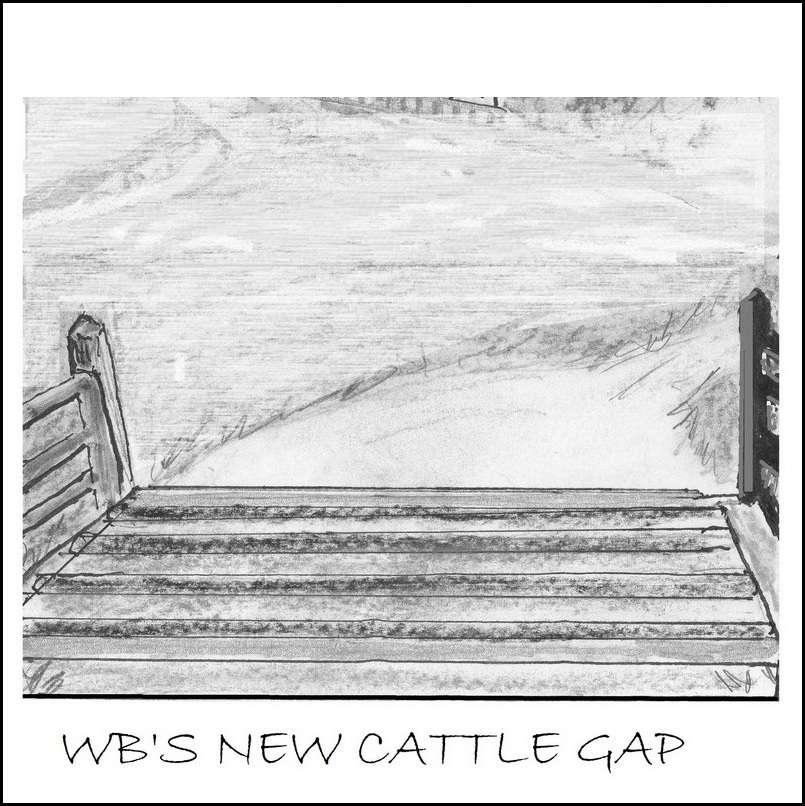 It just looked like a bunch of logs laid over a gully in the road to me. I didn’t understand why she would take a picture of that. A picture of Popeye leading the goats — that would have been an interesting picture!

She picked up another picture. On it she’d written, “Mr. Bray’s new fence.” It was just a plain old chain-link fence. Mama said she didn’t know Mr. Bray, but she still stared at it just as though it was interesting.

Then Aunt Mattie said, “Here’s Gert’s new settee. Really it’s the old one she got when Aunt Joe died. But look. Didn’t she do a good job recovering it? You can’t tell in the picture, but she picked the prettiest colors — blues and greens.”

Mama said, “It looks just like it came from the store new.”

They were back to looking at pictures of boring things and I didn’t see any more good stories coming, so I went to my room to play.

Aunt Minkie with her car and Aunt Mattie with her stack of odd pictures — I was certain my family was weird. Now I know most families are weird. But today, with social media, they don’t have to come visit you in order to show you pictures of things nobody cares about — and share stories about crazy aunts. 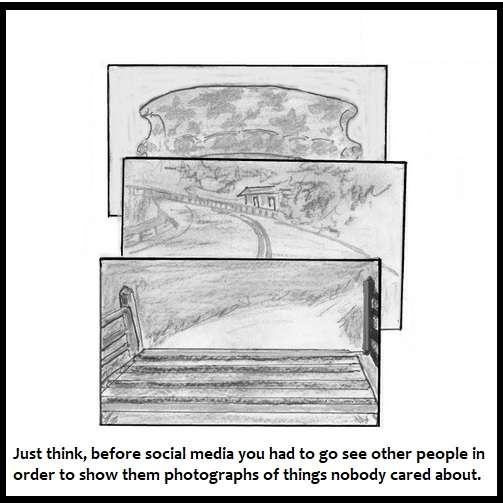 As I said, grown-ups are weird. Look for more of my crazy family stories coming soon. 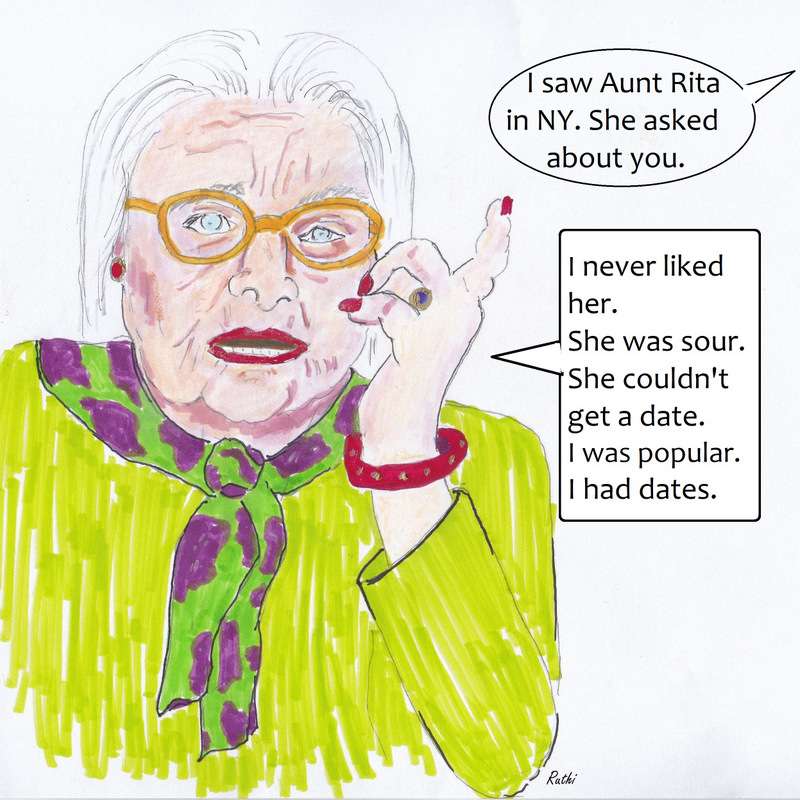 April 13, 2021
WANT MORE RUTHI?
Subscribe to my newsletter!
Get latest updates and exclusive content straight to your email inbox.
Give it a try, you can unsubscribe anytime.