Granny’s Advice for Your Job Interview & Other Funny Stories

Sara’s first impression of the office was that it didn’t lend itself to frivolity. The walls, carpet, and curtains were all in shades of gray ranging from ash to gun-metal. The interview room was without curves or soft surfaces, and clearly designed for cool heads and serious business.

She was greeted by two executives, who could be her next bosses, and looked as starched and crisp as the straight-edged desk where she sat across from them. But the executives were welcoming and good-humored. As they told her about the company and the position, they even made little jokes on themselves. The chill began to leave the room.

Sara was quite relaxed by the time they began asking questions, starting with, “We’ve read your resume and your experience is impressive. So, tell us a little about you.”

Sara, totally at ease, jumped right in. “Okay. I’m new in town. I moved here alone, except for my pet ferret. He’s amazing. He loves to play, and he does this dance that’s so funny – leaping and twisting and waving his legs, like this,” and Sara threw her arms up in the air, waving them around wildly, while kicking her legs out to show them just how funny a ferret dance could be.

She got the job. 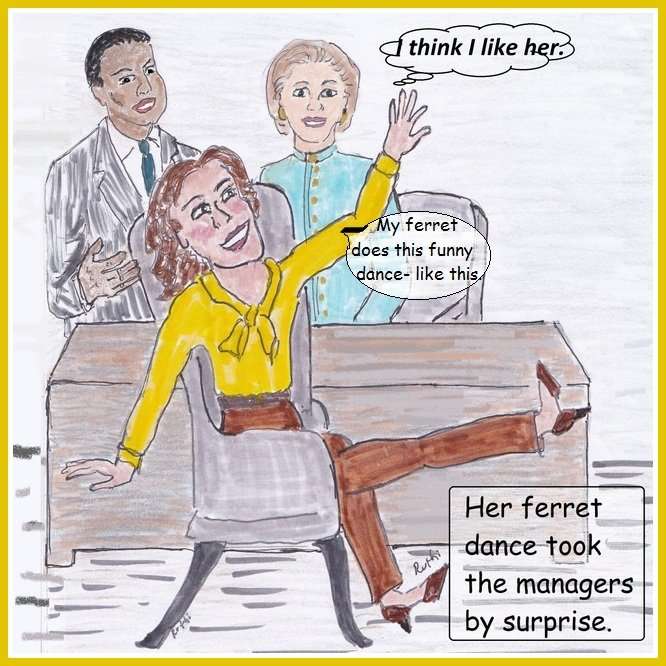 God Was On Her Side

Josie had just graduated from high school and this was the day she was going or her first-ever interview for a “real” job. She got up early and shined her shoes, ironed her dress, and combed her hair neat as a pin. Then, she sat down to breakfast with her grandmother, and talked about how scared she was. “It’s a good job, but what if he doesn’t like me?”

Granny, a devout woman, told the girl to take it to God in prayer. “God loves you and wants you to have good things. You don’t need to be afraid. You go in there with confidence in the Lord, and claim the job in the name of Jesus.” 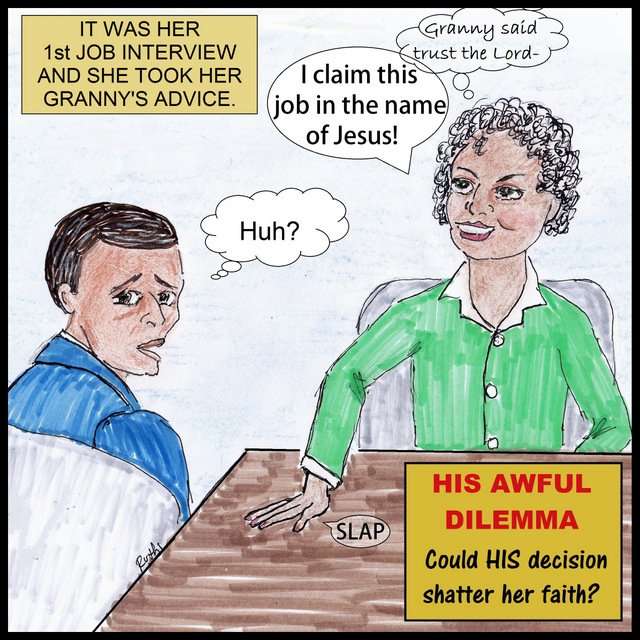 The bank director was the very image of a stiff, starched banker. He looked intimidating when he stood up ramrod straight to shake Josie’s hand, but she was armed with her Granny’s advice and trust in God. She sat down beside his desk, slapped her hand firmly on the desktop, and said, “I claim this job in the name of Jesus!”

After she left, the banker called me to share the story. I was stunned, but managed to ask, “What did you do?”

Picture the 1980’s when the business world was more formal. I was a recruiter working with an investment company to fill an administrative position that required hard-to-find skills. I’d been searching for two weeks and had begun to wonder if it was impossible. Then, I finally met a woman named Mary who had all the right skills – and this was exactly the job she wanted. But the problem was she was dressed in pants and a golf shirt, way too casual for this client – or the era.

I was twenty-two, and I was uptight about having to tell this much older woman (forty was old to me then) that the company had a business-formal dress code and her outfit wouldn’t work. But she was fine. She said. “That’s no problem. I can be formal. If you can set up an interview for me tomorrow, I’ll be dressed for it.”

Answer she was. I didn’t see Mary before her interview with my client, but she stopped in afterwards, and gave me a heart-stopping experience. She was wearing a floor-length formal gown.

I just stared, frozen, for a minute. Finally, in a taut voice, I asked, “Mary, you came here directly from the interview?”

“Yes. I wanted to tell you about it right away.”

“This is the dress you wore?”

“It certainly is formal.”

She smiled, “I know. I told them you explained their formal dress code, and that I’m comfortable with it.”

Certain I’d lost the client, my voice quivered when I asked, “What did they say?”

“They told me I didn’t need to dress this formally, just a business suit or business dress, and they hired me.”

A few days later, Mary came by again. “I came to bring you a little thank-you gift. It’s chamomile tea – to calm your nerves. You need to learn to relax. You’re too uptight.” 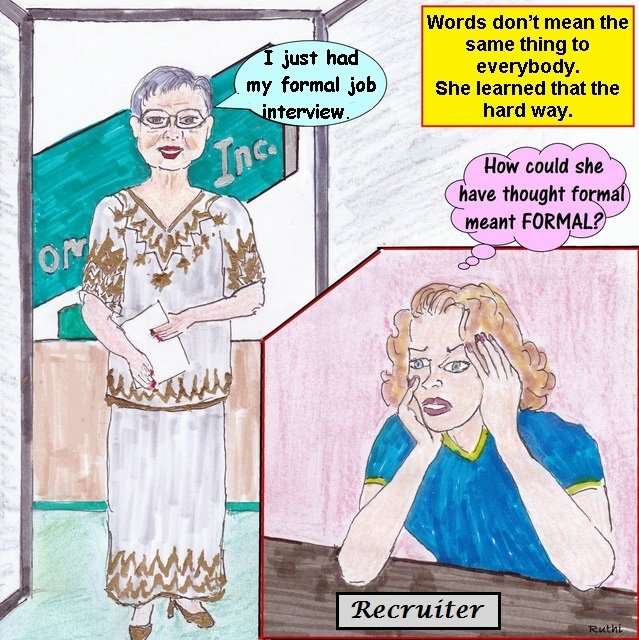 The young man’s interview went great, and he was offered the job on the spot, at which time he leapt up yelling, “Gee! Wow! I can’t believe you hired me!” and fell backwards over a table. 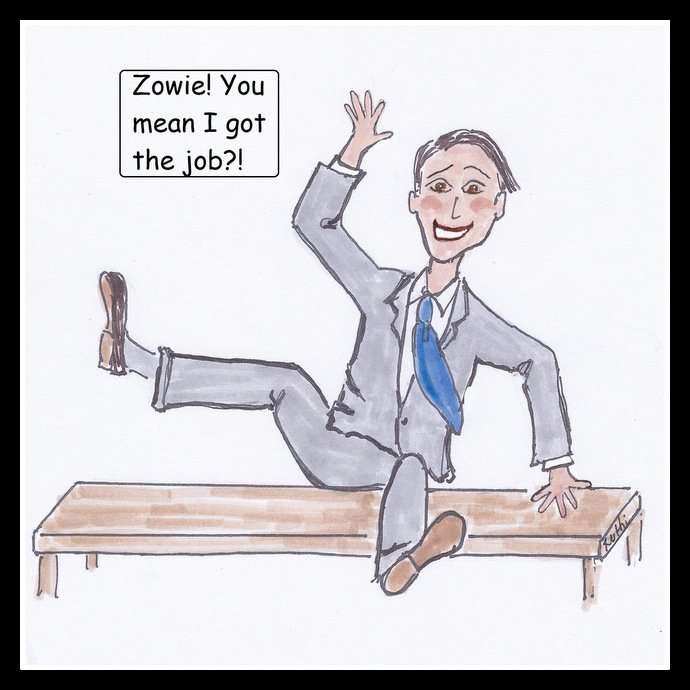 January 30, 2020
WANT MORE RUTHI?
Subscribe to my newsletter!
Get latest updates and exclusive content straight to your email inbox.
Give it a try, you can unsubscribe anytime.