It was the kind of Spring morning where the world seemed overflowing with possibilities, but Eleanor wasn’t feeling it. She was on her way to a job interview with

one of the world’s wealthiest women, a woman whose face Eleanor had seen on magazines and society pages dining with royalty and movie stars.

With every step she took on the brick walk across the perfect lawn and toward the imposing mansion, she grew more nervous. 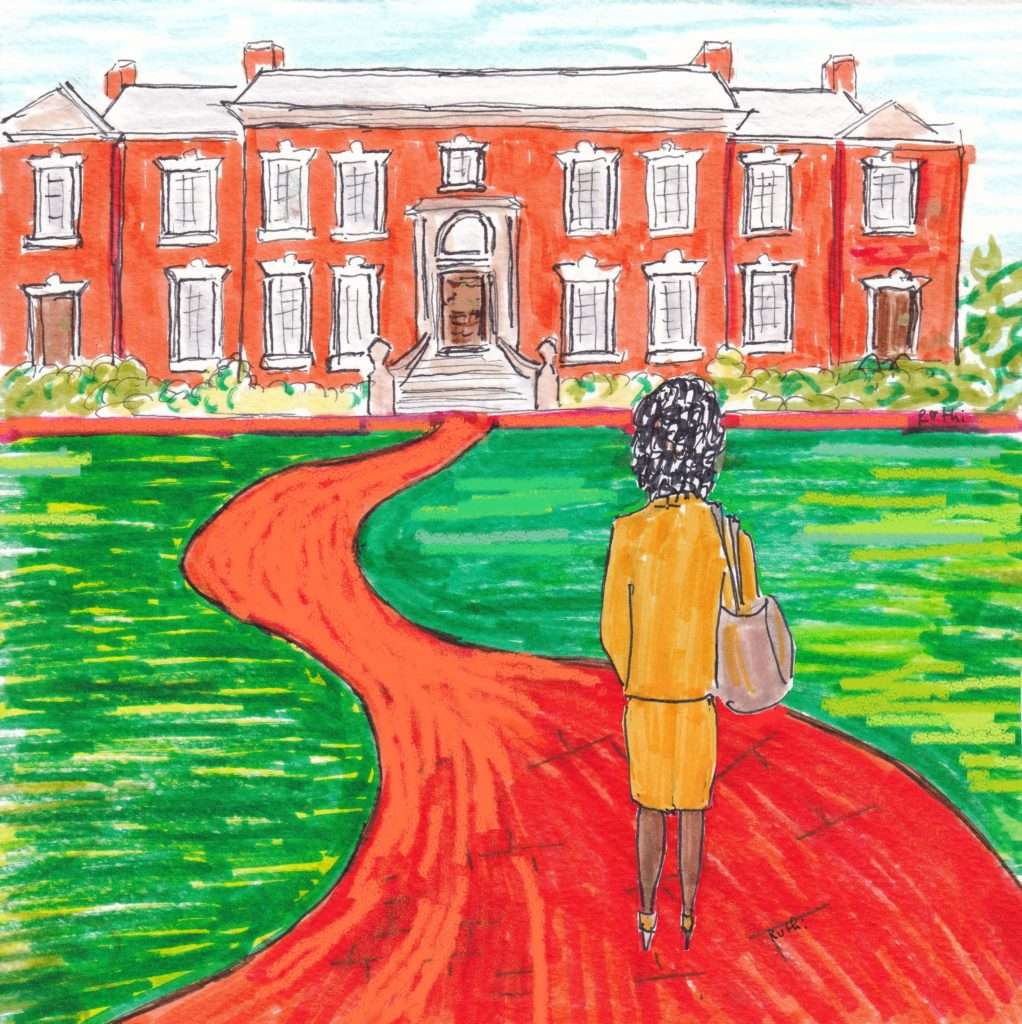 Even the heavy, carved front door was intimidating, but Eleanor took a deep breath, and at the stroke of 10, she rang the bell. A uniformed maid opened the door to allow Eleanor into the stunning foyer.

“People actually live like this? This is more like a ballroom,” she thought, as she gazed up the marble staircases with gold railings to the crystal and gold chandelier. 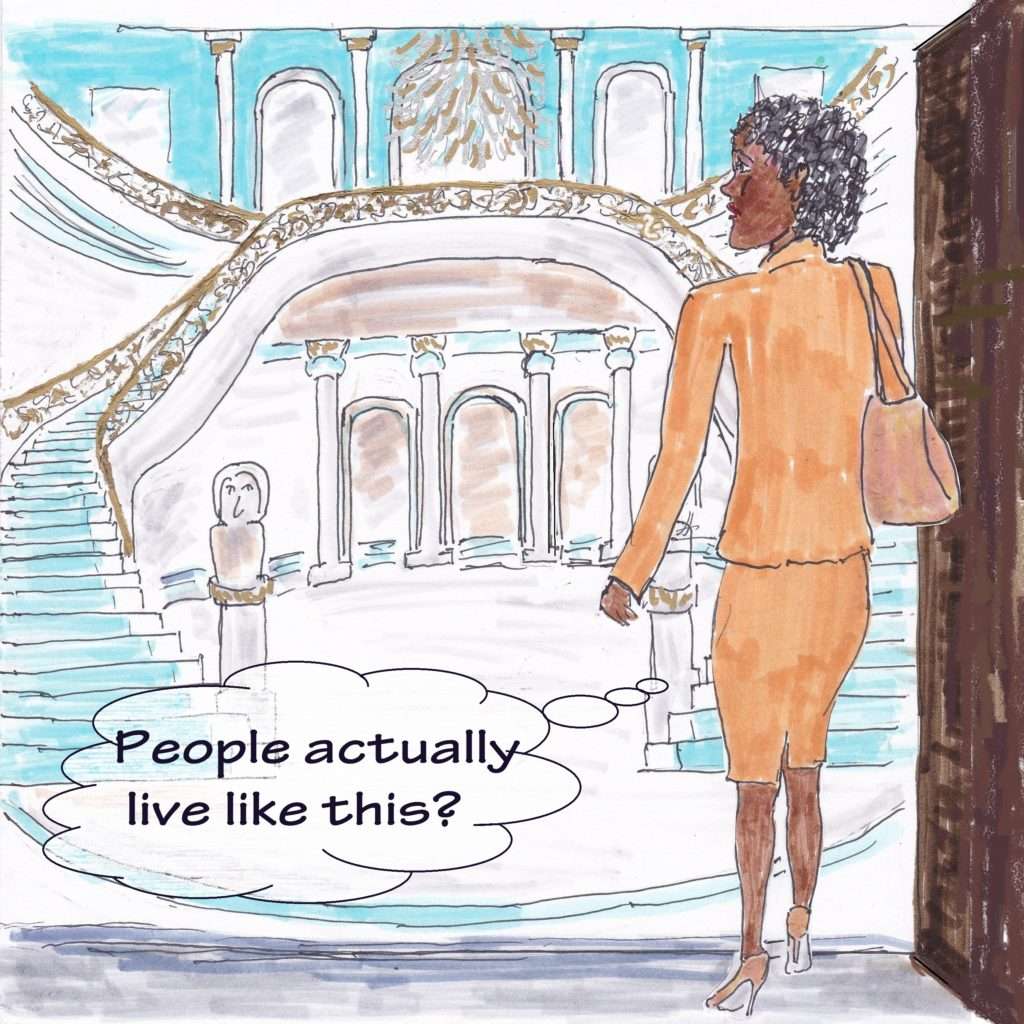 They sat in silk brocade wing chairs that Eleanor thought probably cost more than her house. The maid brought in a silver platter with water for Eleanor and what looked to be a martini which she placed the on a gilt table beside the elegant lady’s chair. Then the interview began. As they talked about Eleanor’s experience and the responsibilities of the job, the woman sipped her drink. When her glass was empty, the maid arrived with a crystal decanter and poured another drink. 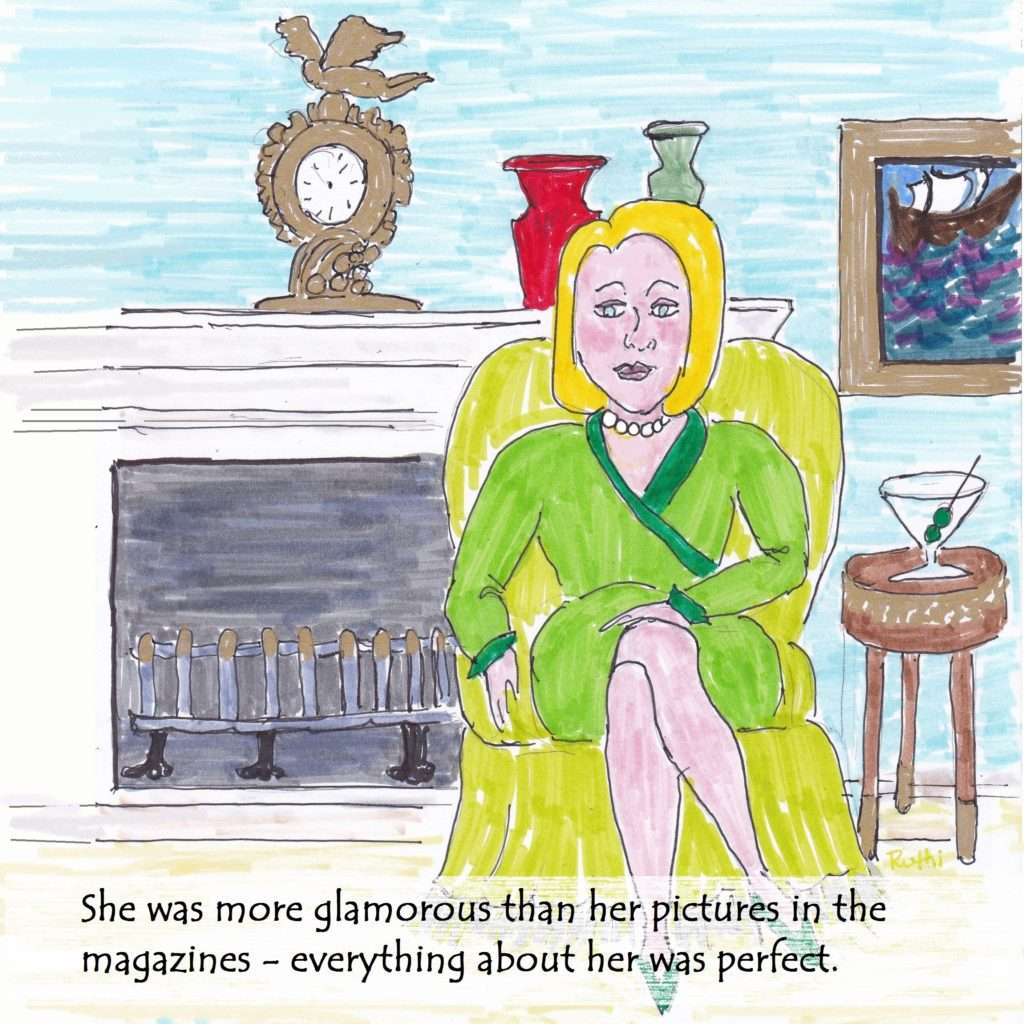 Eleanor had expected the interview to last an hour, but when the gold clock on the mantle chimed 11, the woman didn’t seem to notice or be interested in winding up. She became a little less elegant, and a lot more talkative as she sipped her martinis. She told Eleanor about her charities and fundraisers she would host in Morocco and London. 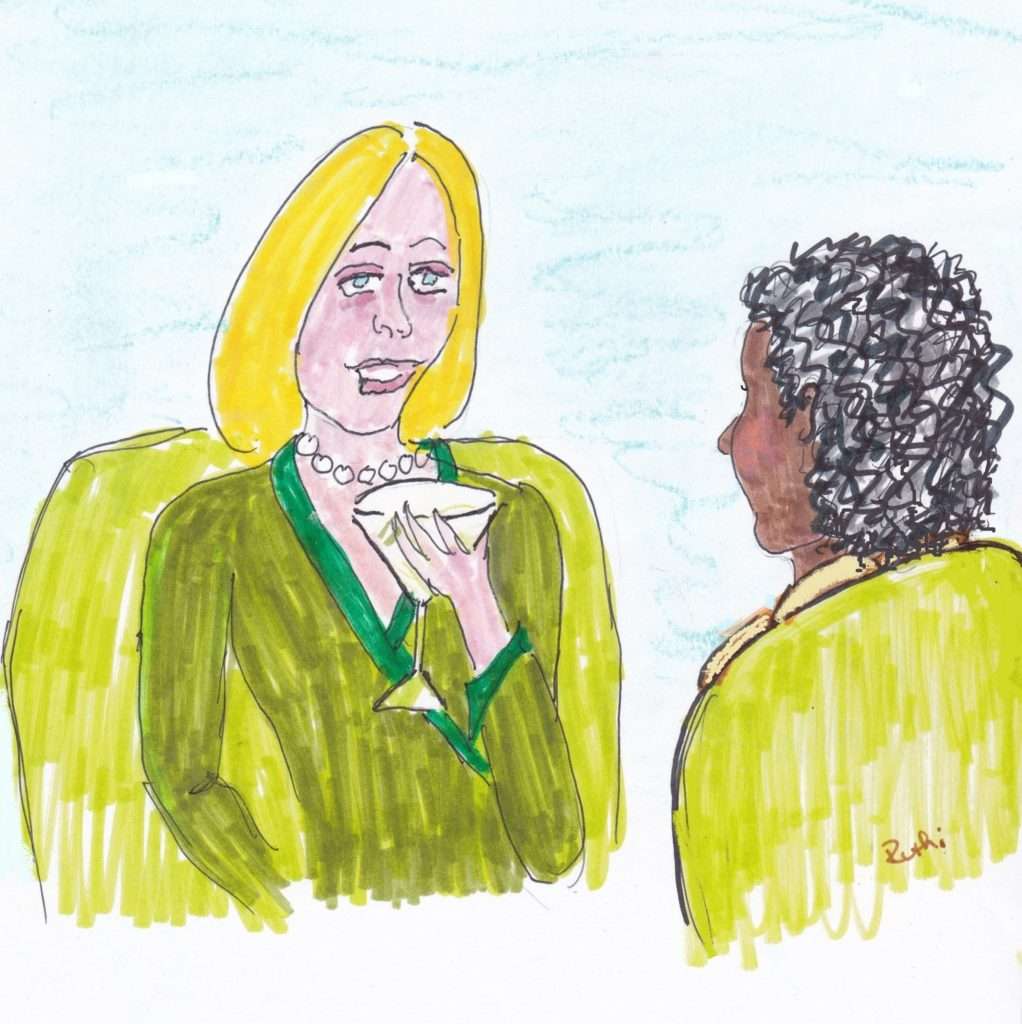 A few more drinks took her from talkative to exuberant and her stories got better. She talked about spicy adventures she’d had with other famous people, and laughed till tears formed in her eyes and dribbled out, carrying a streak of mascara down her cheek. As she became more animated she ran her hands through her hair, that had previously been styled to perfection, until it was a tousled mess. 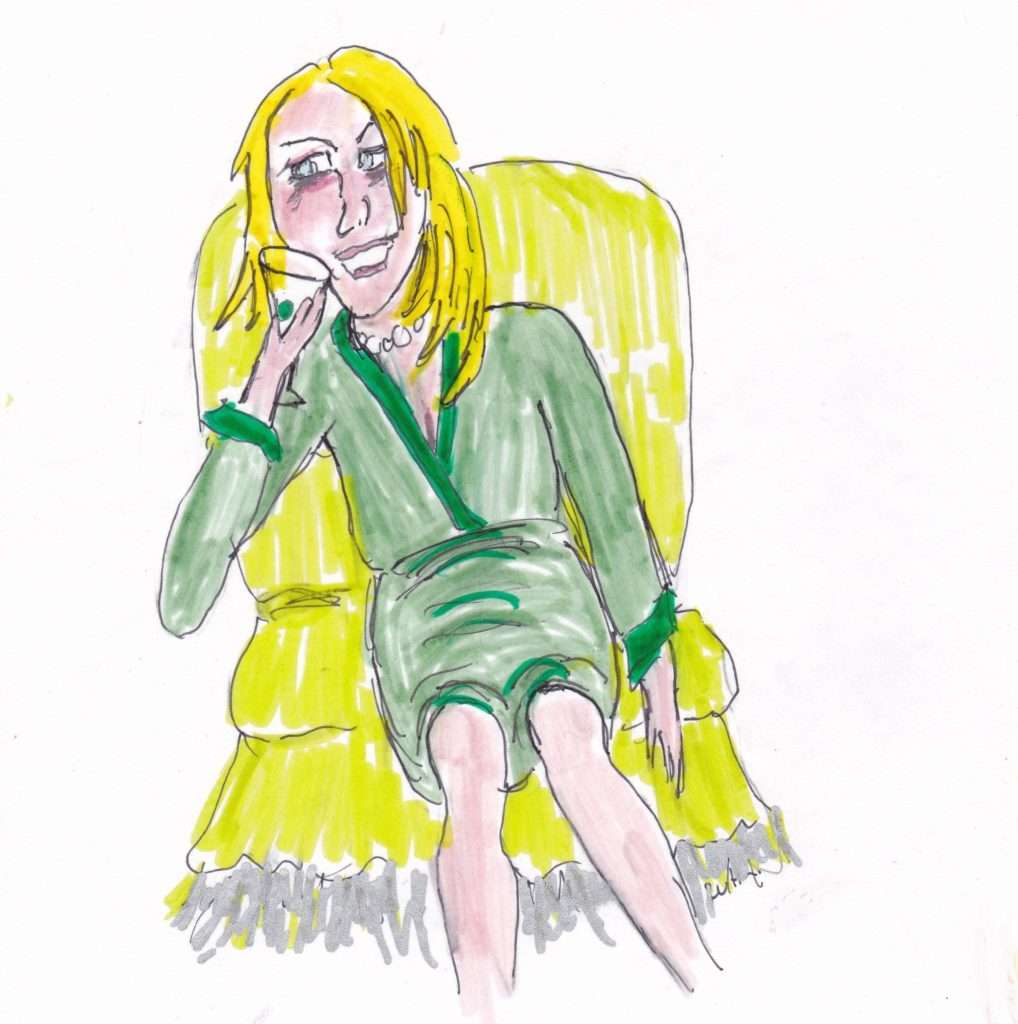 By the time the clock chimed noon, the woman’s speech had gotten slower, and slower, and slower. Eleanor was certain she wasn’t getting the job but she didn’t know how to conclude the interview. The woman had slipped lower and lower in her chair until she was laying across the arm, starting to doze. At that moment the maid, with perfect timing, came in with Eleanor’s coat and showed her out. 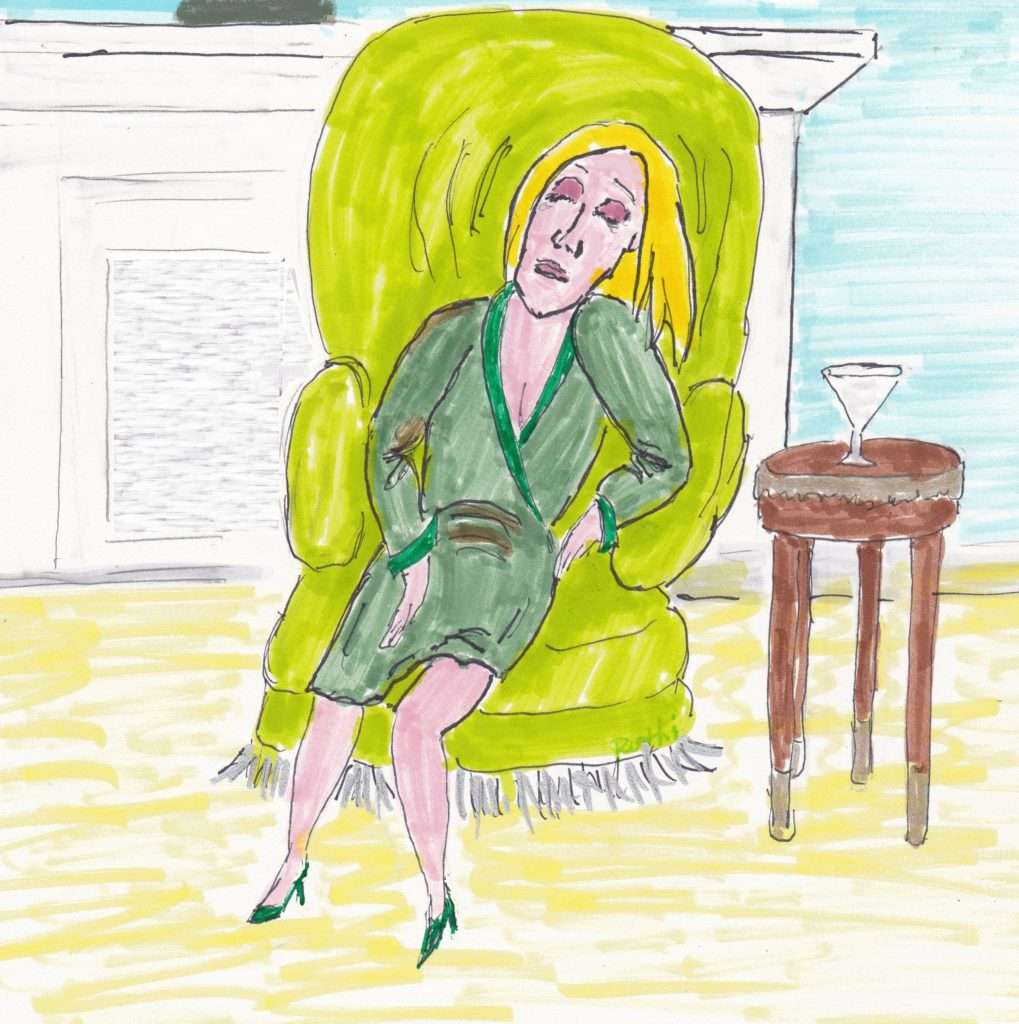 As she went back down the brick walk, Eleanor was practically skipping. She was certain she didn’t have a new job, but the experience had been priceless. She’d seen behind the massive front door and into the life of the one of the most beautiful people.

Everybody needs one great story and this was hers. 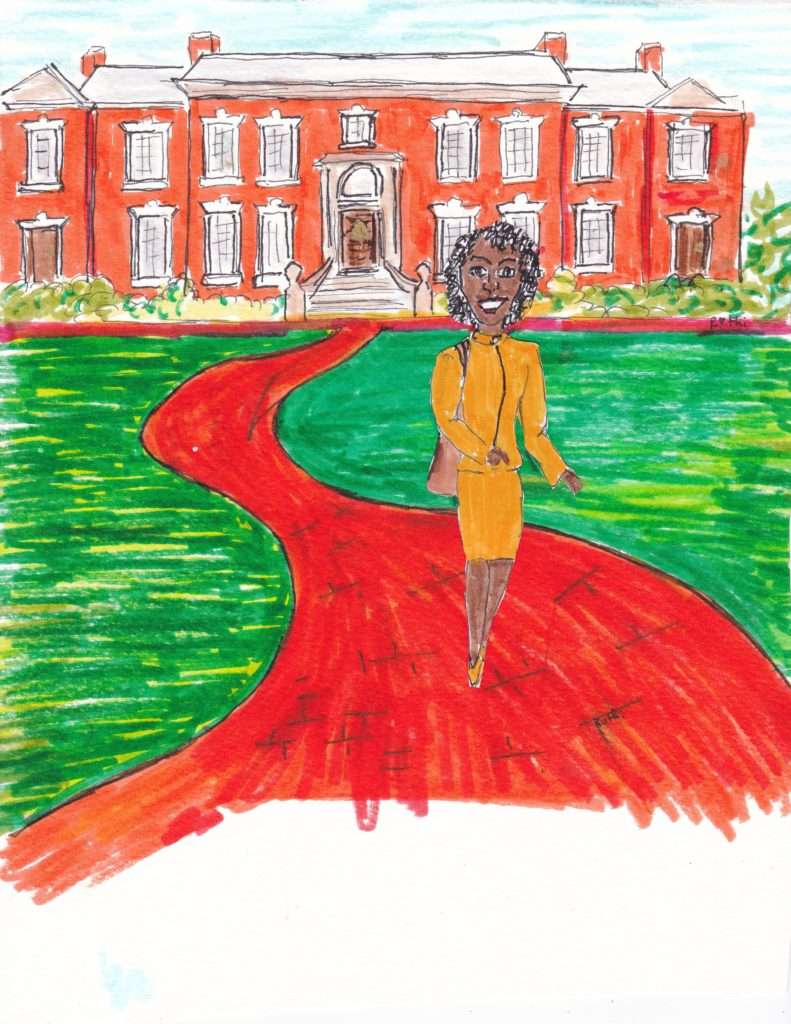 November 1, 2018
WANT MORE RUTHI?
Subscribe to my newsletter!
Get latest updates and exclusive content straight to your email inbox.
Give it a try, you can unsubscribe anytime.