I grew up in the deep south, and the things you hear about Southern women are true. They can be soft and sweet as pie, but they aren’t weak. They’re defiant. They will break rules to make a difference and take risks that many men would back away from.

A Southern woman who believes in what she is doing has this special thing. It’s attitude. She will say and do what she thinks is right and dare anybody to try to stop her, regardless of the danger. She becomes a force to deal with.

I had never heard the expression, “steel magnolias,” until I left the South. But I thought back to the stories I knew of some exceptional Southern women, and the description fits, except that they weren’t all “magnolias.” These women definitely had the combination of compassion, charm, and steel that the name implies, but they weren’t all white.

The Story Of The Southern Woman On A Train

I grew in a time when white people were segregated from people who were brown or black. Until I was eight or nine, I wasn’t really aware of it. I was just beginning to wonder that the two water fountains, sitting side-by-side, at Kress’s store were not alike, not equal. Then I heard this story about a woman on a train that jolted me with the realization of the terrible impact segregation had on all of us.

My brother Buddy’s wife, Leona, who was pregnant, and their two boys were moving from Texas to Tennessee where my brother had been accepted at Tennessee Temple University Baptist Seminary. They were all packed and ready to go but there was a problem. The baby decided to be born.

Buddy had to get to Chattanooga to start classes, but Leona couldn’t travel for ten days. So, Buddy took the boys and went ahead, and Leona stayed on with her folks till she was well enough. Then she took the train to Mobile where Buddy would come for her.

With Buddy starting seminary and three babies, money was tight. That’s how Leona ended up sitting in a day coach for two days and nights with a baby just ten days after giving birth. I didn’t get it. Why was it such a big deal? And why did Mama keep worrying about how exhausted poor Leona must be. The trip sounded exciting to me. I loved going on the train. I didn’t understand until Leona told us her story.

“Charlene wouldn’t sleep. I tried to keep her quiet but she was fussy. When she cried, people around me were glaring at me and making nasty comments under their breath. Nobody seemed to see how exhausted I was. And nobody offered to help or even said a kind word.”

“By the second night, I felt helpless. Charlene cried, and I sat there and cried with her. Finally, I took her, went into the women’s lounge, laid down on the couch with her on top of me, and tried to sleep.” Back then the lady’s restrooms on trains different. They were lounges with sitting areas, couches, and dressing tables. 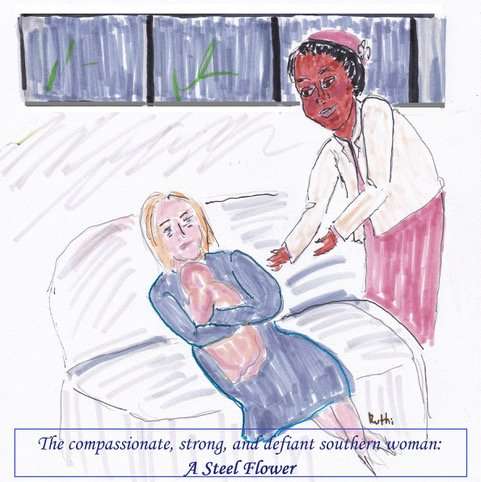 “I was thinking I didn’t know how I would get through the night when the door opened and a black woman walked in.”She wasn’t allowed in there! The door was marked, “Ladies Lounge – whites only.”

But, Leona said, that lady she came in, “as though she belonged there and she did, in spite of the rules of the day – that she broke.” She went straight to Leona and reached down to take the baby from her. “Young lady, you give me that baby. I saw you in there, sick and weary, with those people acting like you were doing something to them.”

The woman took Charlene and soothed her till both she and Leona fell asleep. It was a dangerous move,  but this Southern woman, compassionate, brave, and defiant, sat there the rest of the night, taking care of the baby – and breaking the law!

She was the definition of a Steel Magnolia, but not the description. So, maybe we should change the name to include all of the strong, beautiful women who stand up to authority, break unfair rules, and make a difference.

These women are Steel Flowers.

And any woman may be one. 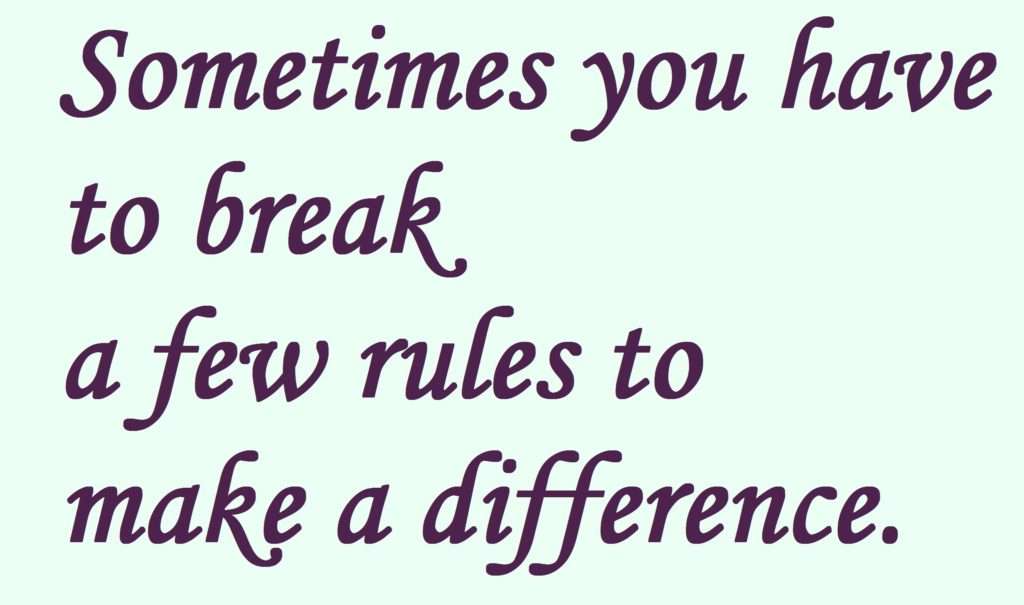 January 18, 2018
WANT MORE RUTHI?
Subscribe to my newsletter!
Get latest updates and exclusive content straight to your email inbox.
Give it a try, you can unsubscribe anytime.