Can Women Have It All? No, But They Are Free To Choose

Can women have it all? Women of my generation demanded the right to try.

I started my career in an exhilarating time for women. We were empowered and we created change. We declared that we would not be called girls till we were eighty. We were women. We rejected the worn-out titles, Mrs./Miss, that made our marital status our identity, and replaced them with Ms. It gave stand-up comedians the material for hours of jokes, but it didn’t matter. They could laugh, but we were shaking things up and it felt good!

We threw off the limits other people thought we should have. We refused to accept that girls had excuses for being less successful than men. We’d been told that girls weren’t supposed to play the boys’ game – and if we did, we were not supposed to win. No!

I was in love with my time. I listened to Helen Reddy sing, “If I have to, I can do anything. I am strong. I am invincible. (Invincible) I am woman.” And I believed it! I would have it all!

I’d always known that I would choose a career. When I was nine I announced to my unimpressed friends in Prichard, Alabama that I wasn’t going to get married, have babies, and be stuck as a housewife. I was going to New York City. I’d have a career. 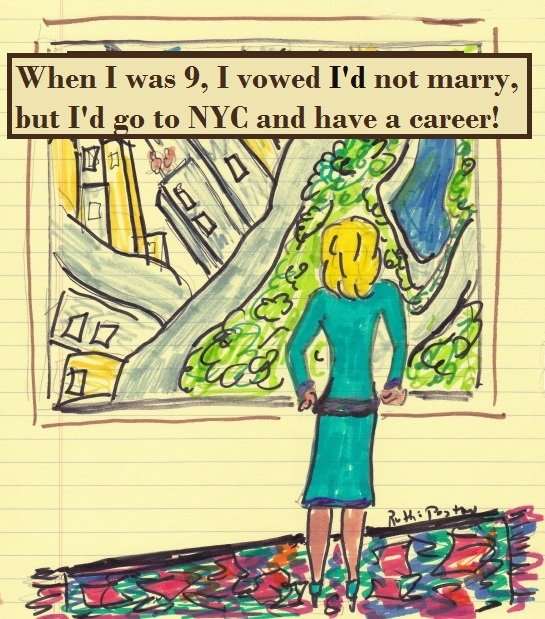 By my early-twenties, I was on my way. I had my career, and it was as exciting as I’d always known it would be.

At thirty, I decided to have a family. I didn’t see why that would change things. Having it all meant the rewards of my career and the rewards of raising my boys! I had no doubt I could handle both, because I believed there was no end to what I could do, no end to my energy. I learned that I was wrong.

I was on fire in my career, giving it all of my energy and time, breaking records – and loving it. My rewards were monetary, intellectual, and emotional. Then my boys came into my life, and I was on fire for them too. They were a constant reward. Then I got the bill.

I learned that the three basic resources we have, energy, time, and money, are not in unlimited supply. We have to balance them in order to pay for the rewards we want.

Walking the tightrope between a successful career and a family. 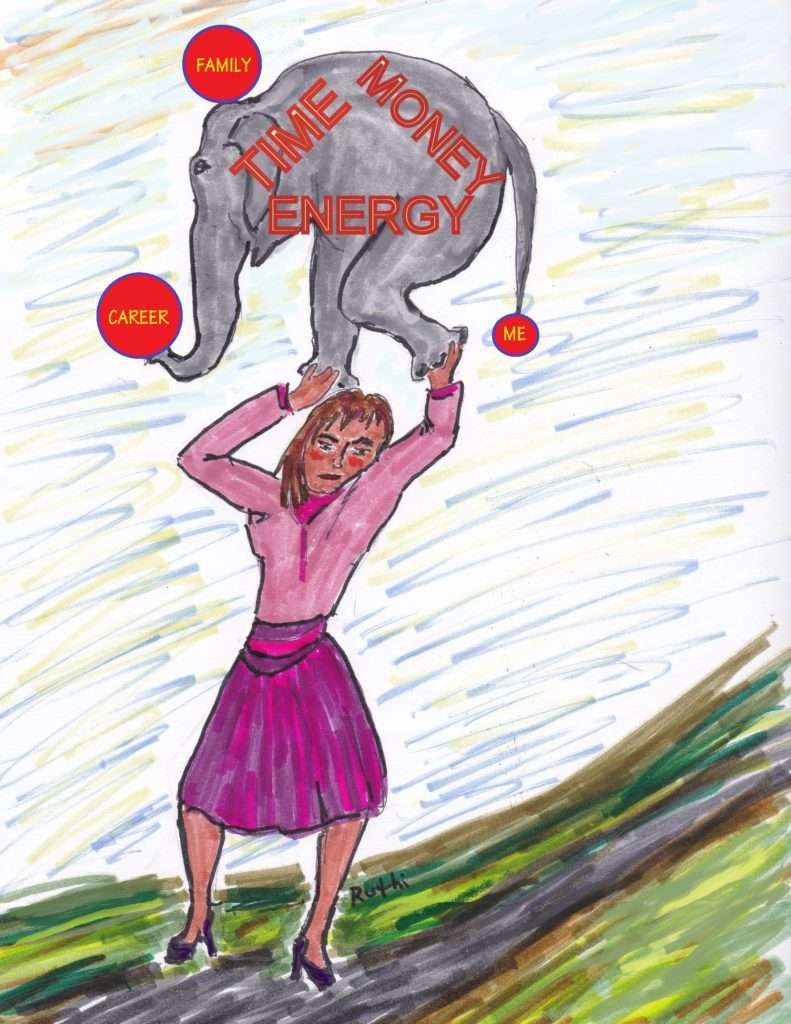 I found myself having to make decisions about where to spend my resources. The energy I’d always had plenty of, was quickly divided and spent. I used money to buy time and energy by hiring a nanny.

I got creative with time. I put my life on a schedule. I didn’t want to stay at the office till seven or eight at night as I had in the past, but I could work while my family slept. That meant I’d get up and go to work as early as three o’clock in the morning. It worked – I’d always been a morning person. The nanny or their dad could get the boys up and off to school. Then, at the stroke of five, I’d run out of my office and speed home, grab my boys from the nanny, and focus all of my energies on my family until we had to sleep again.

At times I felt the rigid schedule tightening around me until I thought I couldn’t breathe. Once, I was standing in the beautiful home that I worked hard to afford, surrounded by my three boys, when I was suddenly overwhelmed with panic. I felt as though I was holding up a house of cards. One little slip and it could come crashing down around me.

Driving home after work one evening, I was suddenly overcome with feelings of such sadness, loss, and guilt that I pulled the car off the street, lay my head on the steering wheel, and sobbed. “I’m not enough. I’ve  let everything and everyone down.” I was supposed to be able to do it all, but there just wasn’t enough of me to go around. “I can’t do this,” I sobbed.

After I cried, I pulled myself together. I didn’t have time to have a breakdown because I had three boys to support and a job to do.

It means the right to choose the path you want. I made my decision and it was the right one for me. I have my career and my family. My choices served them well too. Today they are successful, strong  people. For whatever they missed, they gained self-confidence. They also have respect for women and their abilities.

The women of my generation demanded the right to choose the lives we wanted, what we are willing to pay, and how we would balance the time-energy-money triangle. We didn’t change the way all women would live. We demonstrated what freedom means – having choices.

June 22, 2017
WANT MORE RUTHI?
Subscribe to my newsletter!
Get latest updates and exclusive content straight to your email inbox.
Give it a try, you can unsubscribe anytime.