Everybody hates first dates. But getting better at first-dating can change your life – because everything starts with a first date!  A job interview is a kind of first date – but without the question of whether to kiss or not. So what you learned on those bad first dates can help you crush your next job interview, your first encounter with future in-laws, or a meeting with sales prospects. 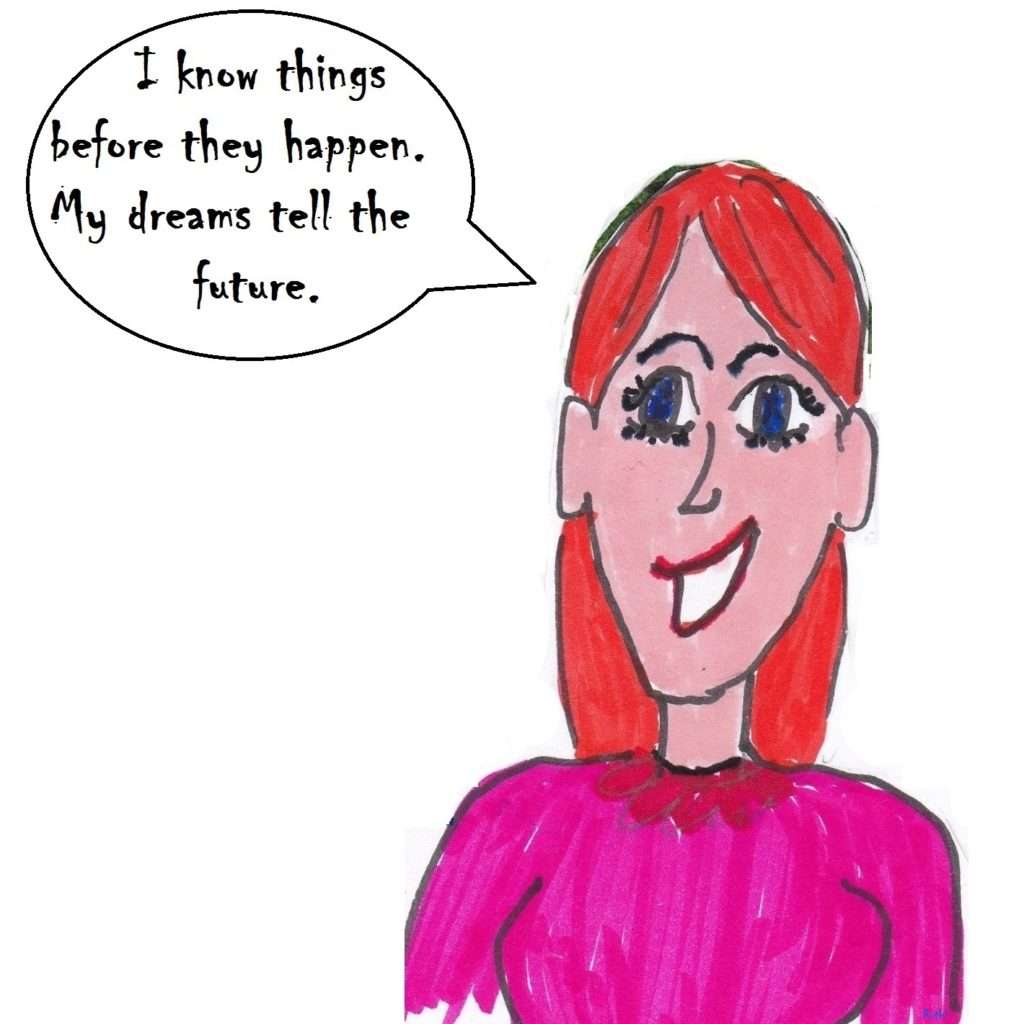 Most of us have had embarrassing, but funny, dating experiences because people do and say crazy things under pressure. It’s the same with interviews. In my career in staffing, I’ve counselled hundreds of people as they were interviewing for jobs, and I’ve witnessed some weird things. For example, one woman blurted out this random tidbit, mid interview: “My dreams tell the future.” (The boss didn’t need that particular skill.)

I thought about how people sabotage their own chances, and I remembered some of my first dates that were also “last-dates” because of my own random behavior.

I was in high school, and I had a date with a boy on the football team and one of the most popular boys in school – and he had the coolest car! What did I do as we drove home from the movie? I told him about my passion for poetry, but I didn’t stop there. I quoted poems to him, several poems, my finale being one by e.e cummings.

when the world is mud-luscious

and eddie and bill come

running from marbles and piracies

when the world is puddle-wonderful…” 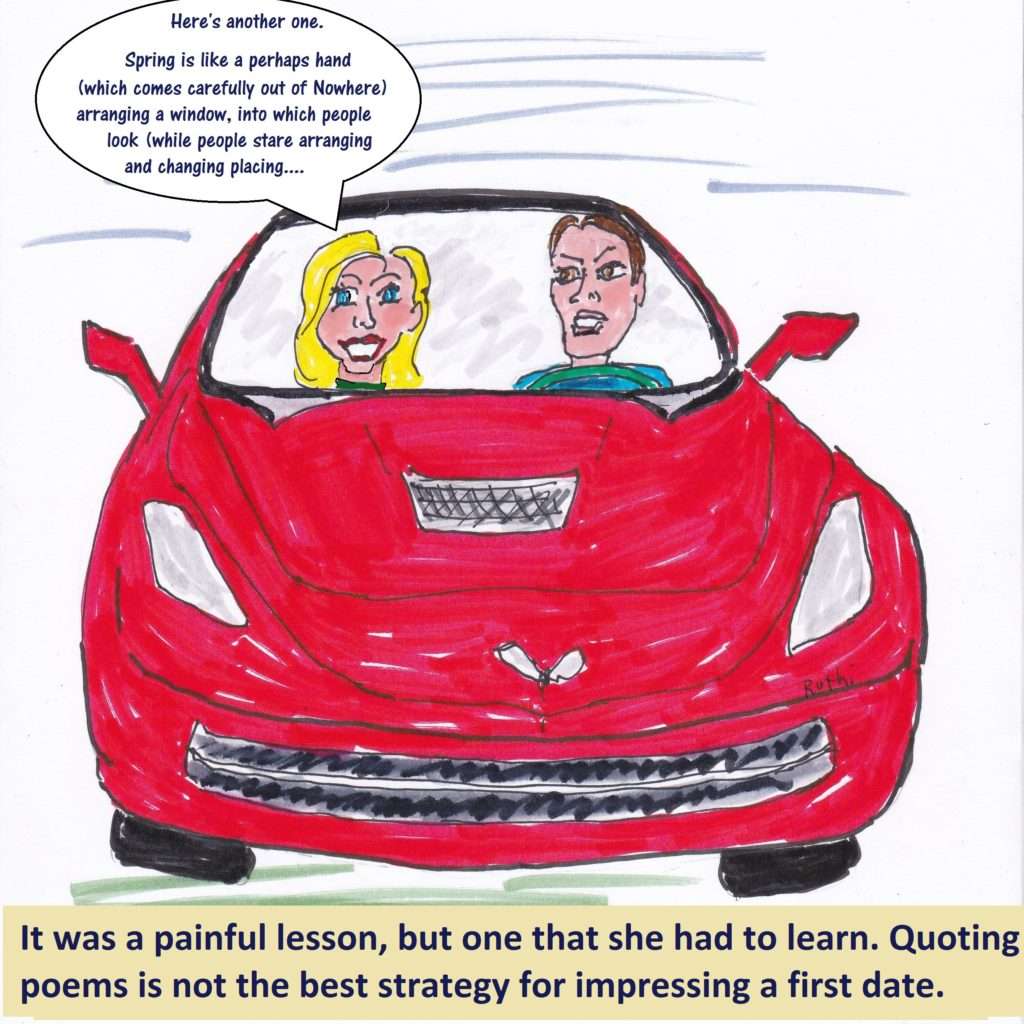 I didn’t need to worry about whether I should kiss him goodnight.  But I gained two excellent pieces of advice from the experience. One, don’t quote poetry. Two, and more important, look for the humor in the situation. I knew the chances were pretty good that I’d do something dumb and embarrassing again at some point, and the way to get over it was to lighten up and laugh about it.

Sharing too much personal information will almost always leave somebody laughing. On my second day as a staffing  trainee, I got to see that first-hand, after our agency had sent a young man to apply for a teller trainee job at the National Bank of Washington. After his interview, we trainees gathered around a speaker phone to listen to the follow-up call from Helen Dwyer, the bank’s venerable director of human resources.

Ms. Dwyer spoke in a voice that sounded like a bassoon that rose emphatically on key words, or even syllables, then dropped a full octave or more as it advanced steadily onward. It dripped drama as she delivered the verdict.

“Ahhh, Yes. I had a lovely meeting with Mr. Smith. He was so very forthcoming. In fact, he shared with me, in great detail, all about his hemorrhoidectomy.” The word came out as music, every syllable distinct, building to a crescendo on the fourth, and the final syllable, a whisper. 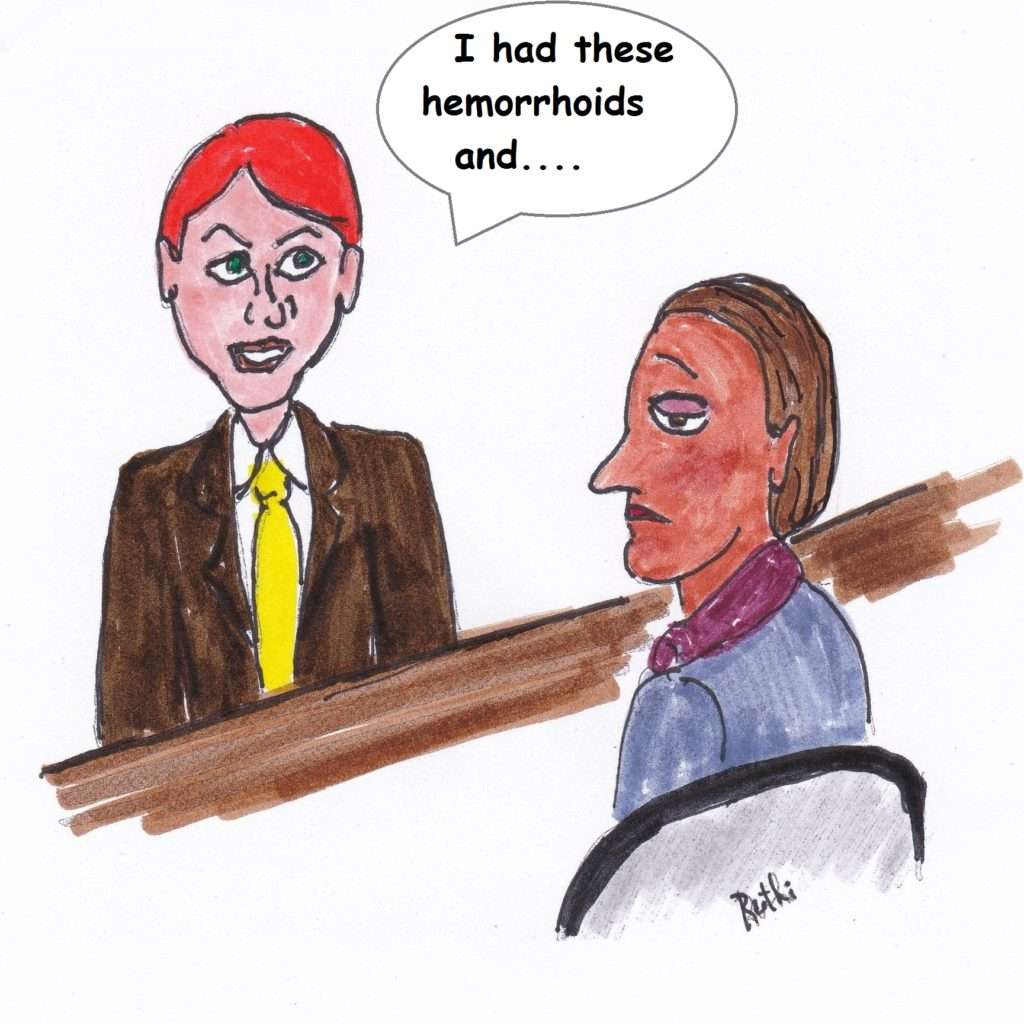 After an uncomfortable silence, Mrs. Dwyer went on, “…and did you know that, after a hemorrhoidectomy, with the first bowel movement, the pain is tremendous?” she bellowed the last word.

I knew right then that I was going to love this job! I was right. Watching people never got boring. Another candidate, Kendra had actually passed the first-date stage and was going back at 2 p.m. to meet the head of HR, who I knew was a nice, but fairly humorless, retired army officer.

I was surprised, and disappointed, when the director was already on the phone asking for me at 2:05.

Did she not show up? I answered the phone and he sounded even more uptight than usual. “Kendra was here.”

“What happened?” I asked.

“Wellll,” he said, “She walked into my office and sat down, then she clapped her hand onto my desk and said, ‘I claim this job in the name of Jesus!’”

Later I spoke with Kendra, and she told me her grandma had given her advice for the interview. “Honey, if there is something wholesome and fine that you want, you just claim it in the name of Jesus and He’ll give it to you if you’re meant to have it.” She did, and He did. (But I don’t recommend this tactic to others.)

Not doing a final wardrobe check has led to many a fun story, as it did for Joe. “I was primed and confident to go get that job. But I didn’t realize my zipper was down. Milly pointed it out. I couldn’t believe it – I had on pink boxers! She pointed that out too. She laughed. She was okay, but from that point on, my game was off. I didn’t say more than ten words the rest of the interview.”

Every relationship, business or personal, starts with a first date. You’re meeting a new person, trying to say and do the right thing to make the right impression, and trying to fit in (when you don’t know what fits in).

After many “first dates” failures, I’ve learned three rules for surviving it and even coming out victorious.

#1 Remember that the other guy is on a first date too.

#2 Listen, but being a good listener doesn’t mean dumping the responsibility for conversation on the other guy.

August 7, 2017
WANT MORE RUTHI?
Subscribe to my newsletter!
Get latest updates and exclusive content straight to your email inbox.
Give it a try, you can unsubscribe anytime.