As Long As You’re Stuck In The Wrong Job, Find A Way To Get Value From It

Sometimes you go into a job with the best intentions, then discover that it is just not right for you. It’s a fact I learned for myself in my own first job.

I graduated from college and did the one thing I was qualified to do. I became a middle school history teacher in Jackson County, Georgia.

I soon knew that this job was not right for me. It wasn’t because of the kids. Junior high-aged kids are funny and I enjoyed them, plus they taught me a lot. But a school system was something I’d never encountered before, a bureaucracy. And I just did not fit into a bureaucracy.

One of the hallmarks of a bureaucracy is the number and variety of forms. Before I ever met the kids, I was slammed by a wall of them. It was terrifying even to look at them. 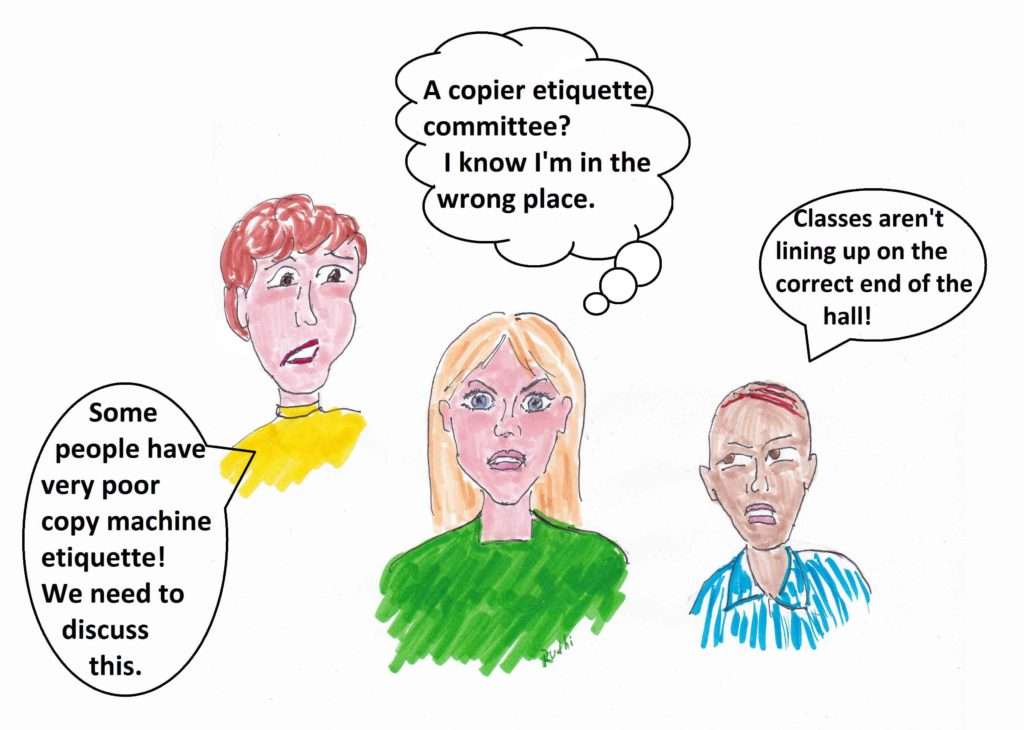 But there was something in the bureaucracy even worse that battling forms – meetings, in this case, teachers’ meetings. I described my first meeting in my book:

I sat there, miserable, as they dragged on and on, the monotony relieved only by near fist-fights when talk heated up on the crucial issues of which class should line up on which end of the hall for lunch, who was responsible for the messiness of the teachers’ lounge, or the correct use of the copy machine.

The copy machine thing was huge, and the pet topic of Sharon, who taught senior high math. In my first teachers’ meeting, she spent half of it ranting about the selfishness displayed by some of the staff regarding the copy machine. I’m not sure but I think she actually said, “You know who you are.” (Over the years spent going to as few meetings as possible, I found there’s one in every meeting.)

Mr. McKinsey, who taught social studies, was quick to come up with a solution. “I make the motion we set up a committee to draft a rule book for the copy machine and teachers’ lounge etiquette.”

I was drowning in a fishbowl. Was this the professional world? Did grown-up people really have nothing more important to get excited about than copy machine etiquette? And to then make an actual motion about it? And were there actually three people competing to second the motion? It was awful, but it got worse. I sat there imagining Sharon spontaneously combusting, and thinking, “I don’t belong here.” I was jolted back by someone saying my name.

“Ruthi, you haven’t expressed your opinion. Why don’t you be part of the committee?”

I really didn’t want to have a copy machine rulebook, let alone be involved in drafting one. This was my first meeting so I decided to be tactful. “I think it’s a big responsibility and I’m just learning all it means to teach. Let me think about it.” (from How To Build a Piano Bench; Lessons for Success From a Red Dirt Road in Alabama)

I went to Mr. Abernathy the next morning to convince him I shouldn’t be a part of the teachers’ meetings. “I think I detract from the meetings. I worked with a team in a psych class and one person wasn’t into the project. He brought the entire team down. I would hate to be the reason the meetings are less productive, so I think I should just not go.” He didn’t buy it.

So I was in the wrong place, and I felt stuck and scared that I’d never get out. The next question was: how do I get to my right career track?

How do I get from where I am to where I want to be if I don’t know where it is? Which way do I go? 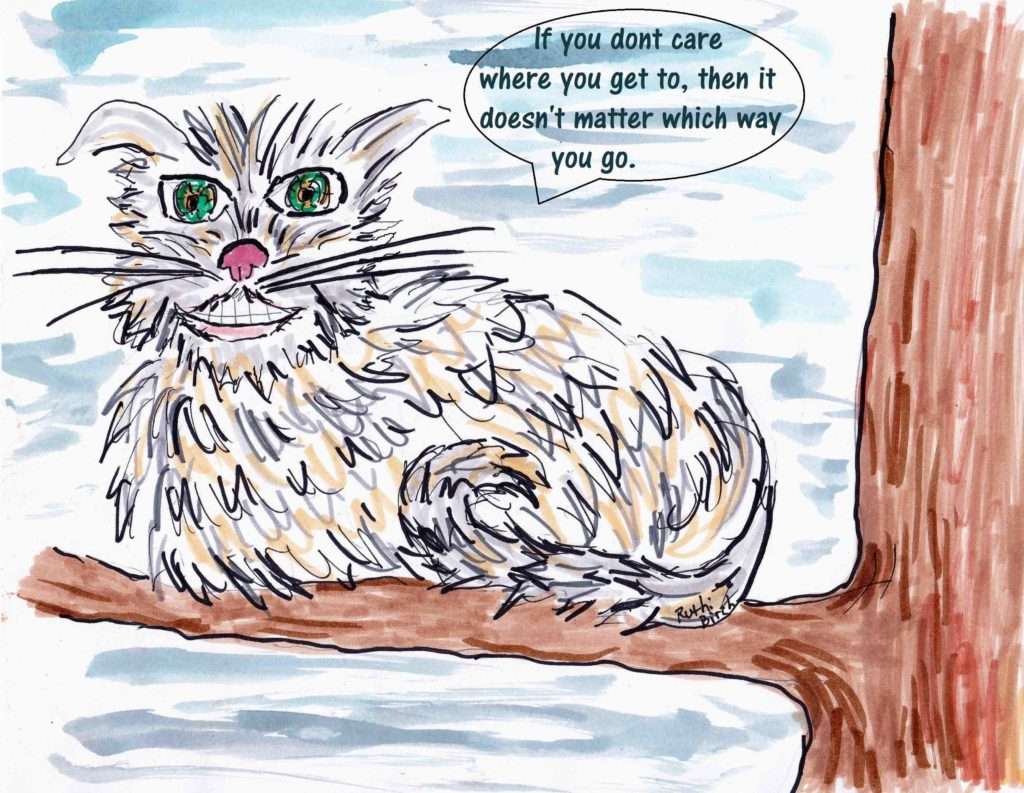 That question woke me up at three o’clock lots of mornings. I felt like Alice when she met the Cheshire Cat in Lewis Carroll’s Alice’s Adventures in Wonderland.

“Would you tell me, please, which way I ought to go from here?”

“That depends a good deal on where you want to get to,” said the Cat.

“I don’t much care where–” said Alice.

“Then it doesn’t matter which way you go,” said the Cat

I’d learned from Daddy that there is always one right next step. But I didn’t know what that step was because I didn’t know where I wanted to end up. Until I could figure that out, I had to make the best of where I was.

As long as you’re stuck in the wrong job, find a way to get value from it.

In my case, getting value meant making the job interesting and fun – for me.  It seems selfish, but the more fun I had, the more the kids got out of my classes. I taught for the next two years. It was never where I wanted to be, but I learned things that helped me take the next step when I found it.

Three lessons I learned while I was where I didn’t want to be:

Have you ever created value for yourself while in the job that’s wrong for you? How did you create it?

December 5, 2017
WANT MORE RUTHI?
Subscribe to my newsletter!
Get latest updates and exclusive content straight to your email inbox.
Give it a try, you can unsubscribe anytime.