When Mr. Cunningham’s House Burned Down

Until the fire, nobody knew how many dogs lived with Mr. Cunningham in the old shotgun house by the ditch.
There were always skinny dogs flopping on the snaggletooth steps, lazing around in the shade under the house, or sleeping with Mr. Cunningham on the old feather bed on the porch. 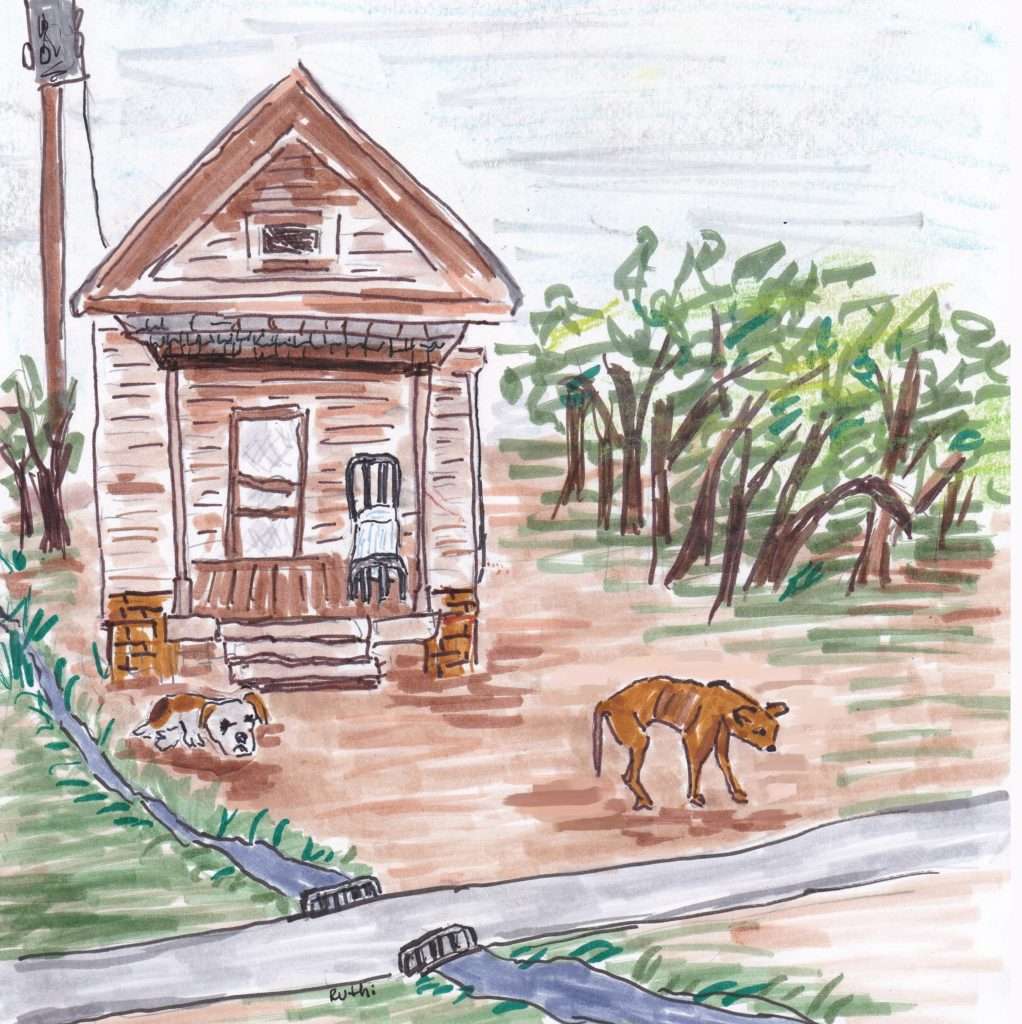 When Delilah and I walked past his house going to school, we’d make a game of counting them. One day I counted nine. She said she counted the most — seventeen — but I didn’t think so.

Aside from his dogs, Mr. Cunningham stayed to himself. He never visited with the other grown ups. 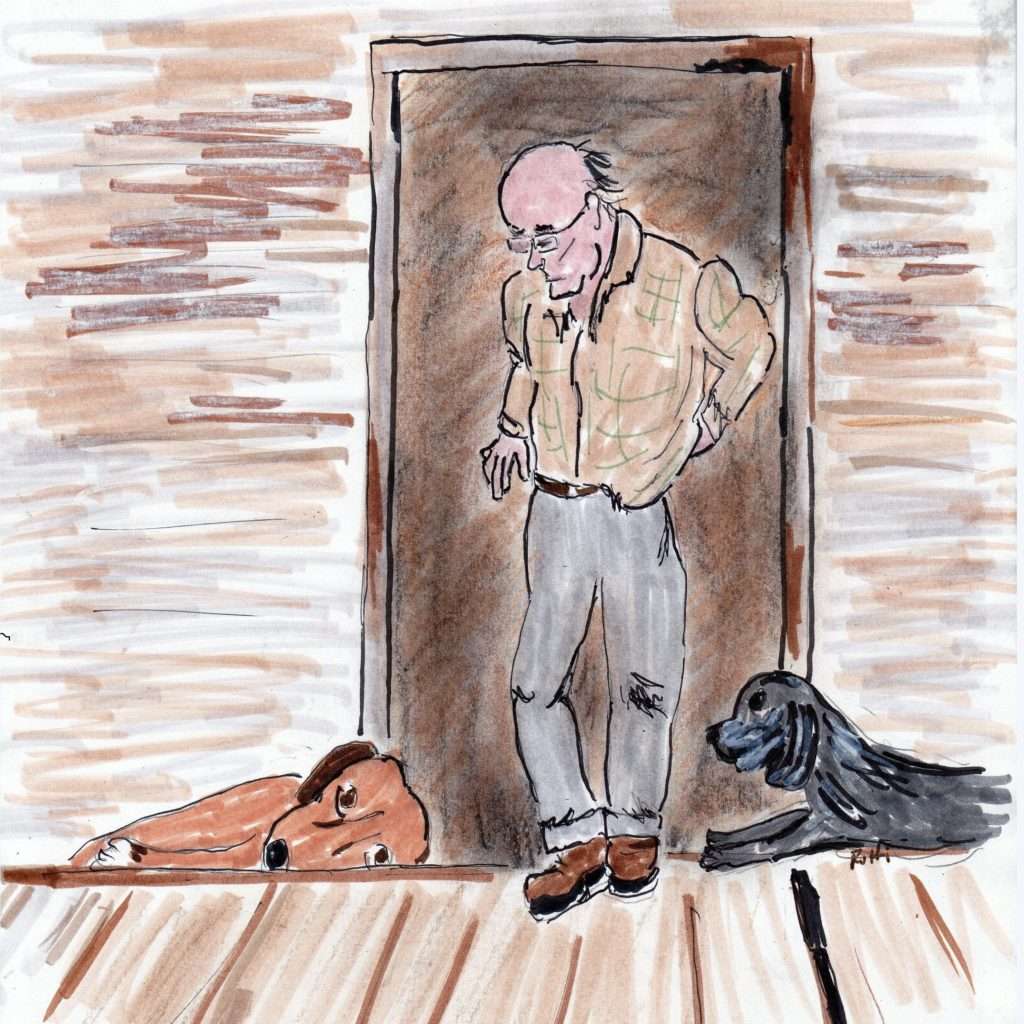 When he walked by, they talked about him. They said he drank a lot and was probably going off to buy whiskey. Grandma said she didn’t understand how he earned money for whiskey because he never did a day’s work in his life. Mr. Wells complained, “He can live like that if he wants to, but it’s a crime the way he keeps those dogs.”

We’d never had a fire on Petain Street before. Firetrucks came, clanging and wailing, and the whole street came out. Folks stood closer to that house than they ever did before.

After the firemen sprayed the fire away, what was left of the house was ugly, with gray and black holes. But Mr. Wells said, “Truth is, that old house doesn’t look much worse than it did before.” Some of the men laughed. 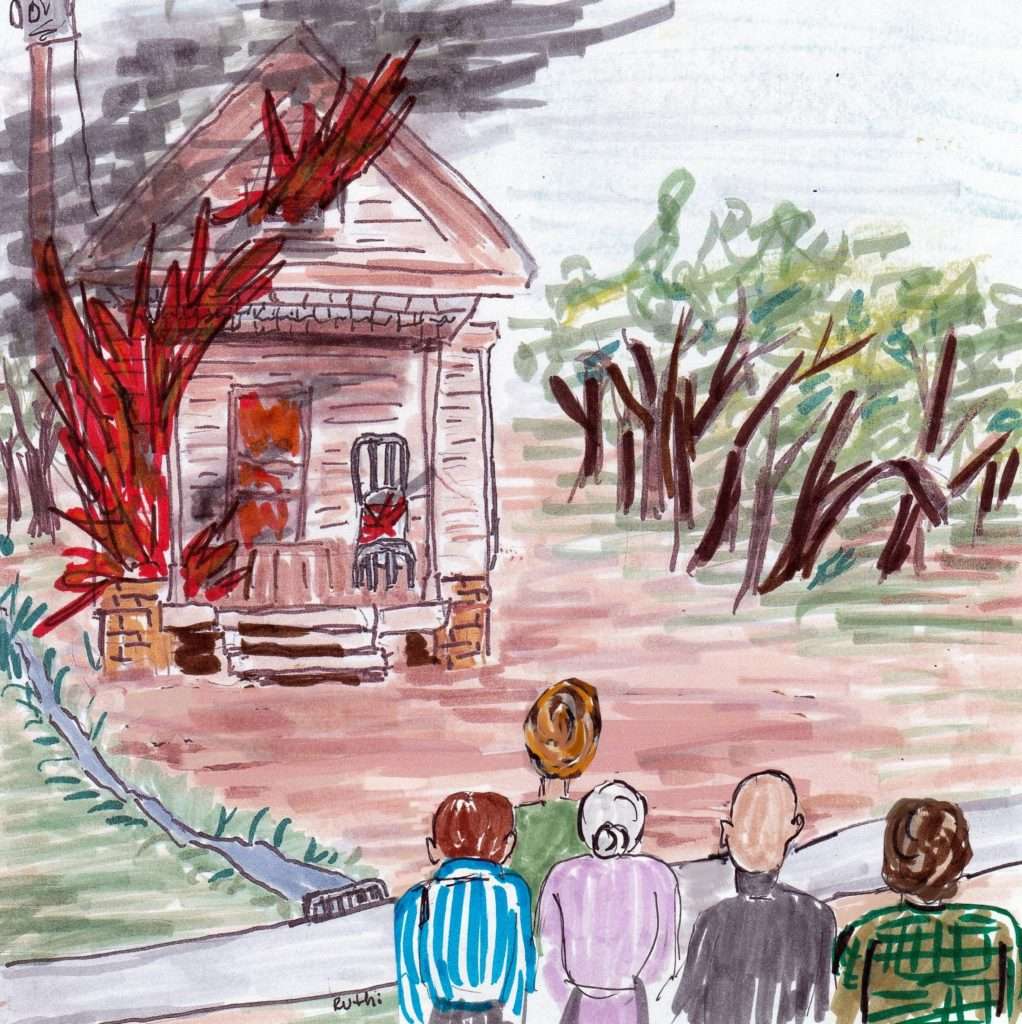 Once the flames were gone, the Firemen went into the burnt house. They brought out Mr. Cunningham, wrapped in a gray blanket and put him in an ambulance that roared away.

They went in again, carrying more blankets. They came out carrying gray bundles, two and three at a time, till there were more than a dozen bundles stacked in the yard. 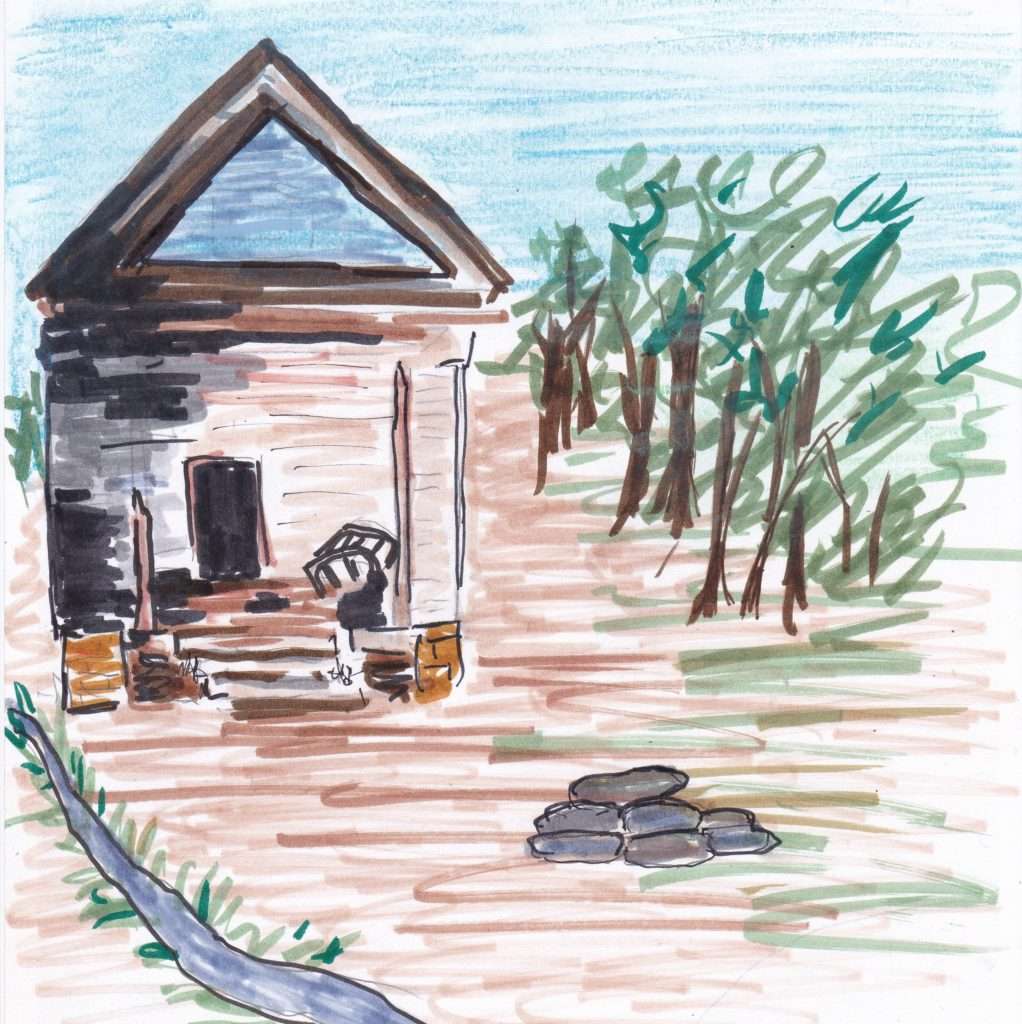 Not much exciting ever happened on Petain Street. The fire was the most interesting thing all year and it was what folks talked about for months. Some talked about Mr. Cunningham being burned almost to death and said what a sad and horrible thing a fire was. Some said it was likely caused by the wire Mr. Cunningham strung from the pole to steel electricity. But Grandma said Mr. Cunningham probably got drunk and set himself on fire.
Mr. Wells said their ought to be a law against what happened to those dogs.

October 9, 2018
WANT MORE RUTHI?
Subscribe to my newsletter!
Get latest updates and exclusive content straight to your email inbox.
Give it a try, you can unsubscribe anytime.